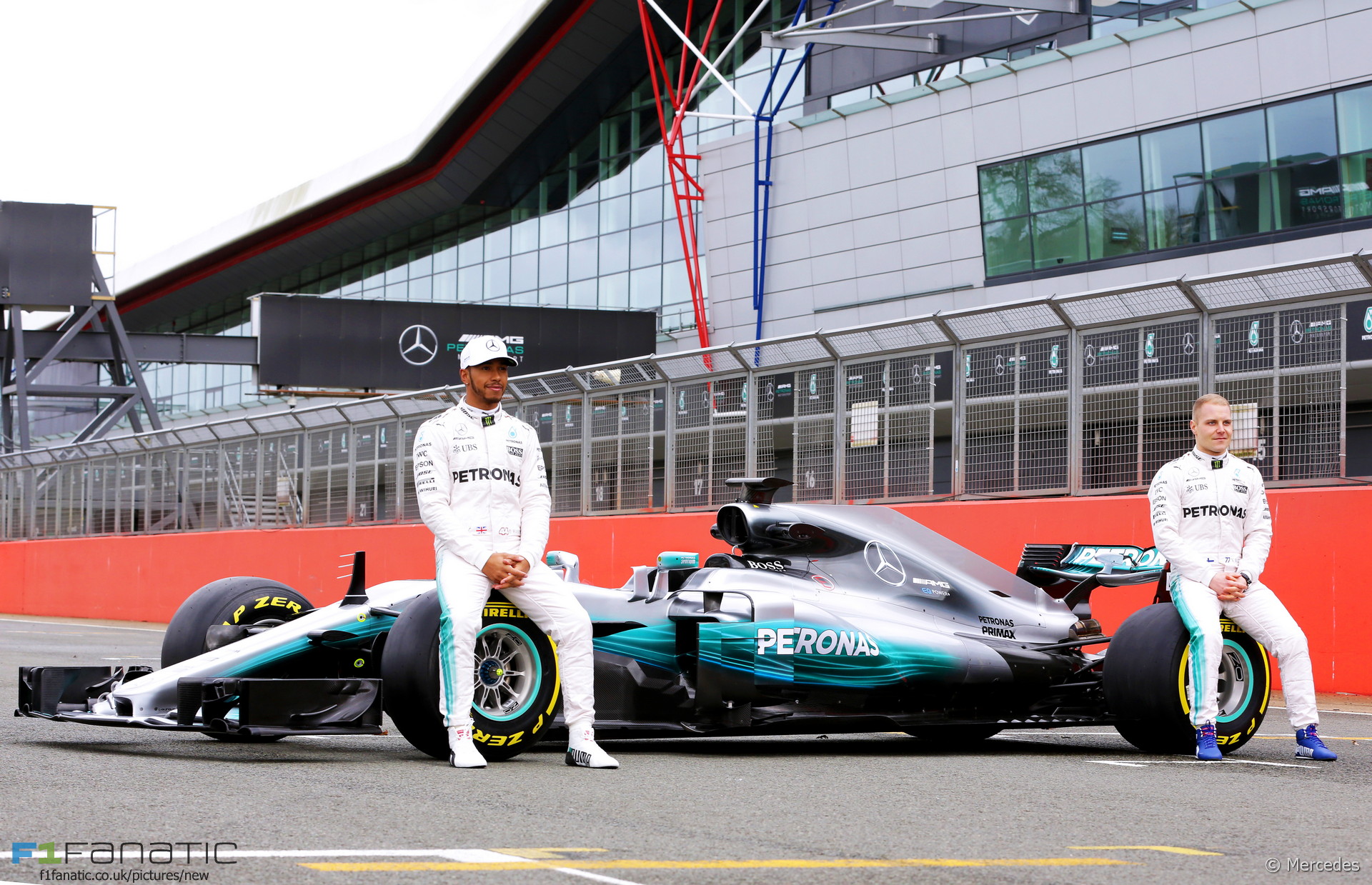 Lewis Hamilton suggested that he is not missing former rival Nico Rosberg as he looks ahead to his first season at Mercedes alongside Valtteri Bottas.

Speaking at the media launch of the Mercedes W08 at Silverstone, Hamilton admitted however that it may feel somewhat ‘strange’ not having his former team mate in the garage this season.

“It’s definitely going to feel strange being in the garage and seeing someone else in the car,” says Hamilton. “But one day, when I leave, another driver will come along and initially, perhaps, it’ll feel strange too. But you soon get used to what you have.

“I don’t think I’ve ever missed a team mate in my life. There’s always another one who takes their place.”

And with Valtteri Bottas the one to take the place of world champion Rosberg, Hamilton says he is excited to work alongside a new driver for 2017.

“Valtteri seems to have settled in quite comfortably already in a short space of time and now he’s working really hard with all the engineers,” says Hamilton. “There’s a lot of positive energy with him in general, so I’m excited to work with him.”

With the motorsport media assembled at the Silverstone circuit for the Mercedes launch, Hamilton also took the opportunity to expand on recent comments about telemetry sharing between drivers in the sport.

“My job, when I arrive at the track, is always to get out there and exploit our car in the best way that I can and how I can discover that myself – I feel,” explains Hamilton.

“But the way that the sport is now, you can look at your team mate, you get to see the data and compare your data to it. If you see that there are improvements in their driving style, you can adapt to it.

“I just feel that to make it harder for us drivers, they should remove that. Because that means we need to rely on our own data – compare your own lap to your lap before. You may not know where you’re losing time, but the other guy does. I think that just makes it more of a challenge for a driver.

“Ultimately the best drivers will always be able to either get there faster or find something new faster than the others.”