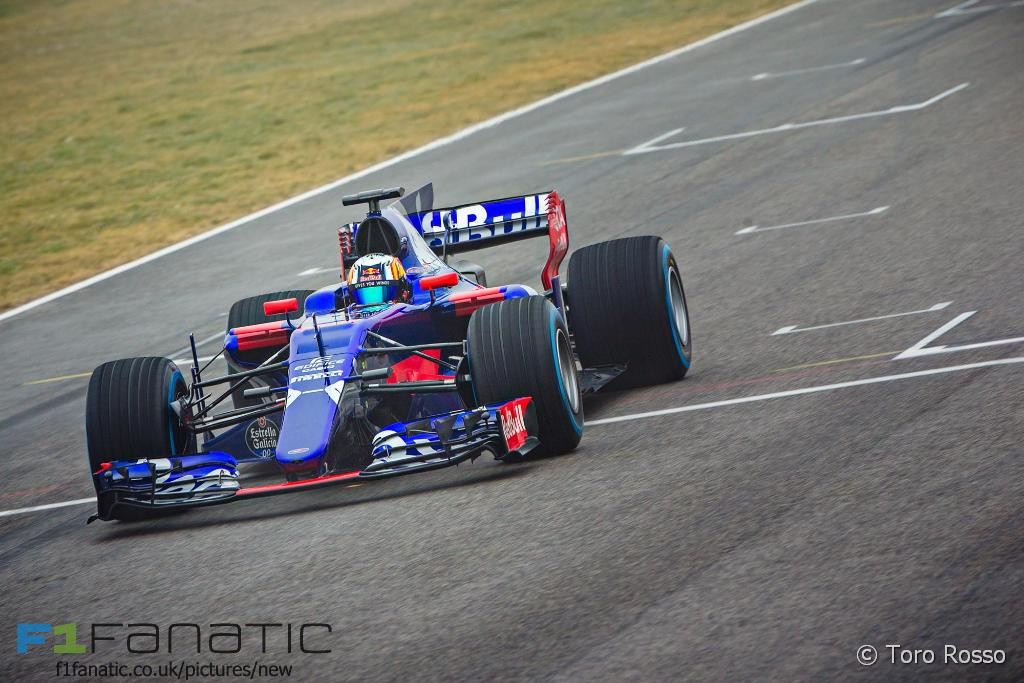 In the round-up: The first test session of the 2017 F1 season begins today. F1 Fanatic is at the Circuit de Catalunya to bring you pictures, news and insight as the radical new generation of grand prix cars run together for the first time.

As always you can follow the test as it happens on F1 Fanatic Live – look out for the link on the home page from one hour before the test starts, which is a 8am UK time.

Stay across F1 Fanatic’s social media presences for more from the test:

Thanks again to RaceFans’s Supporters whose backing makes it possible for F1 Fanatic to attend these events to bring you its coverage. If you would like to become a Supporter and browse the site ad-free, or would like more information, see the links below:

"The value in performance is significant. I can't say more because the data is sensitive, but we are satisfied with the work that has been done."

McLaren: Honda engine architecture now where it needs to be (ESPN)

"We've change a lot of the layout of the engine and that's not been easy, because a lot of the key architecture has changed but that's something we've done working with them very closely and we've done these things together both to suit the chassis and suit the engine."

"Of course, starting earlier would have helped. We could have had double the time before the testing. But it’s what it is and we need to deal with it, basically."

"There were occasions in 2015 (the last time it had an uncompromised preparation) where it had a car second only to Mercedes through the high speed corners."

Reaction to the car seems good. We're enjoying the change too! #F1 #ToroRosso

The FIA has done a great job persuading circuits not to charge us for internet access at races. From memory, I reckon we only pay at about 3 https://t.co/noiG3k5yYH

Wondering if 'less is more' this season for F1 aero…

Hope everyone enjoys the new Toro Rosso today. I think it's their best looking car for some time. Really enjoyed filming it. #F1

Arrived in Spain, can hear @alo_oficial's Honda engine rising and falling as he laps @Circuitcat_eng. Can't wait to see them in action! #F1

Home from home for the next five days. #F1 @Circuitcat_eng pic.twitter.com/vYPJzbV9WN

The consensus seems to be we’ve seen very little of the real RB13 yet:

This is just a launch mock-up akin to the ‘RB9’ or ‘RB8’ mannequins that were used a test-bed in the first days of testing in 2012 and 2013. The fully fledged Newey masterpieces didn’t turn up until the final test.

Looking here, this ‘RB13’ has the RB12’s rear bodywork, the RB12’s tower bargeboards and front-wing elements suspiciously similar to those Red Bull were running in Abu Dhabi.

If anything it is pretty encouraging that Red Bull are going to such efforts to be secret squirrel out of the box.
WilliamB (@William-brierty)

Happy 65th birthday to Pedro Chaves, who failed to pre-qualify in all 13 of his attempts to start an F1 race with Coloni’s hopeless car in 1991. He went on to become a successful rally driver.