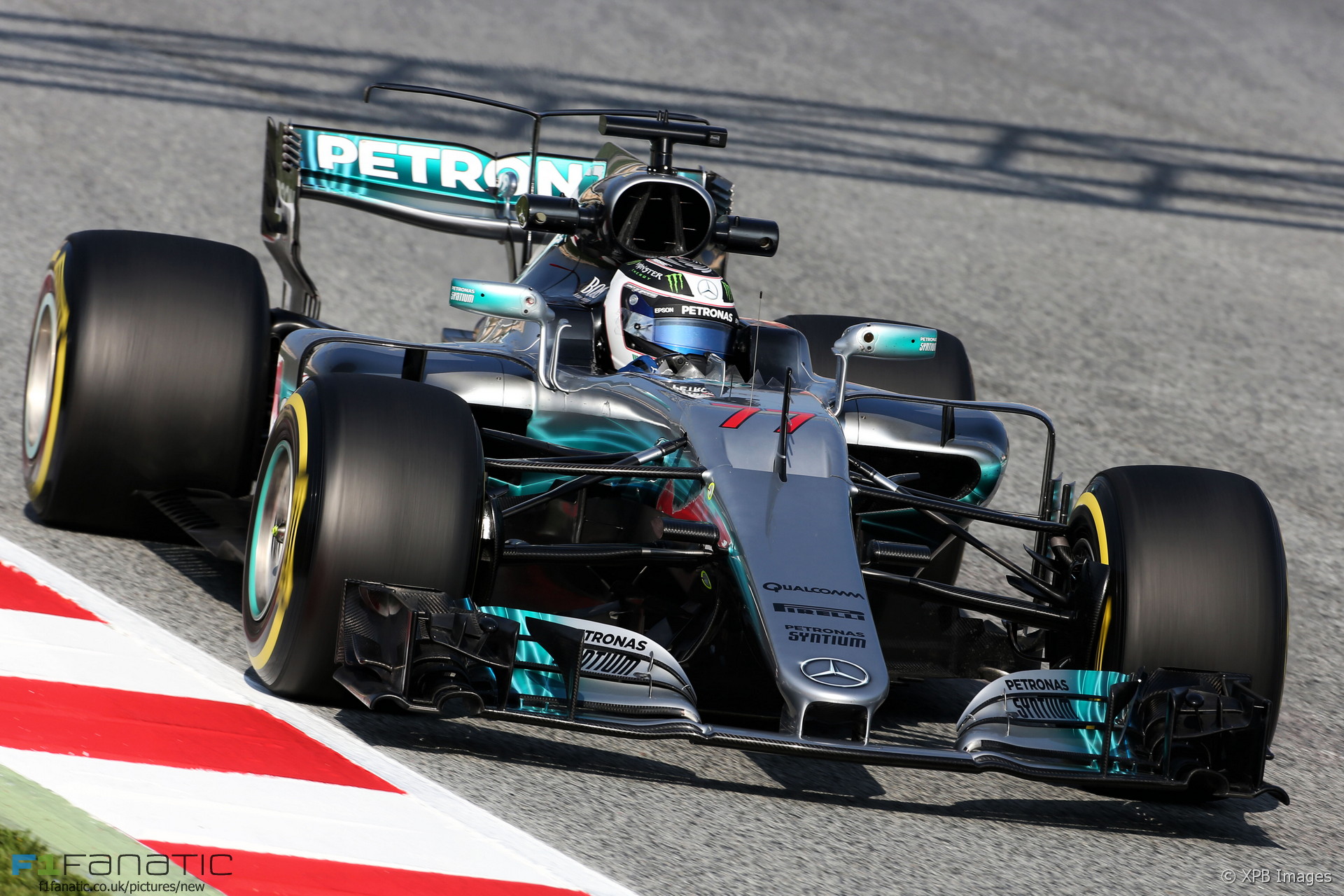 Mercedes gave every indication they do not intend to let Formula One’s new rules disrupt their dominance of the sport in the first test of 2017.

The W08 easily covered more than two races distances on day one, first in the hands of Valtteri Bottas in the morning followed by Lewis Hamilton in the afternoon.

The cars matched their out-of-the-box durability with performance, as Hamilton ended the day with the fastest time as well. His 1’21.765 was two-tenths of a second quicker than the team’s pole position time from last year’s Spanish Grand Prix at the same circuit.

The new season did not begin as smoothly for some of their rivals. Daniel Ricciardo caused the first red flag of the year within the first hour of running when his Red Bull stopped on the track.

A sensor fault on the RB13 was blamed, but it took several hours to rejoin the track as a secondary problem with the car’s battery was discovered. Team principal Christian Horner played down concerns over Renault’s new engine, one example of which failed in a Toro Rosso during a filming day, and all three Renault-powered cars went on to complete significant mileage, though none of them reached a race distance.

McLaren’s problems were even more severe. Having declared himself happy following a successful filming day at the circuit yesterday, Fernando Alonso’s McLaren suffered an oil system problem after its first flying lap today.

In order to press on with their programme the decision was taken to replace the entire unit. Alonso eventually rejoined the track to complete a limited number of laps.

Felipe Massa, who also logged more than 100 laps, was third-fastest and just three-tenths of a second off Hamilton.

Following a minor brush with the barrier early on, Kevin Magnussen put Haas fourth on the times sheets. Marcus Ericsson ended the session at the bottom of the times after a mammoth day of data collection and aero correleation runs in the Sauber.

64 comments on “Mercedes impress as Ferrari hit the ground running”