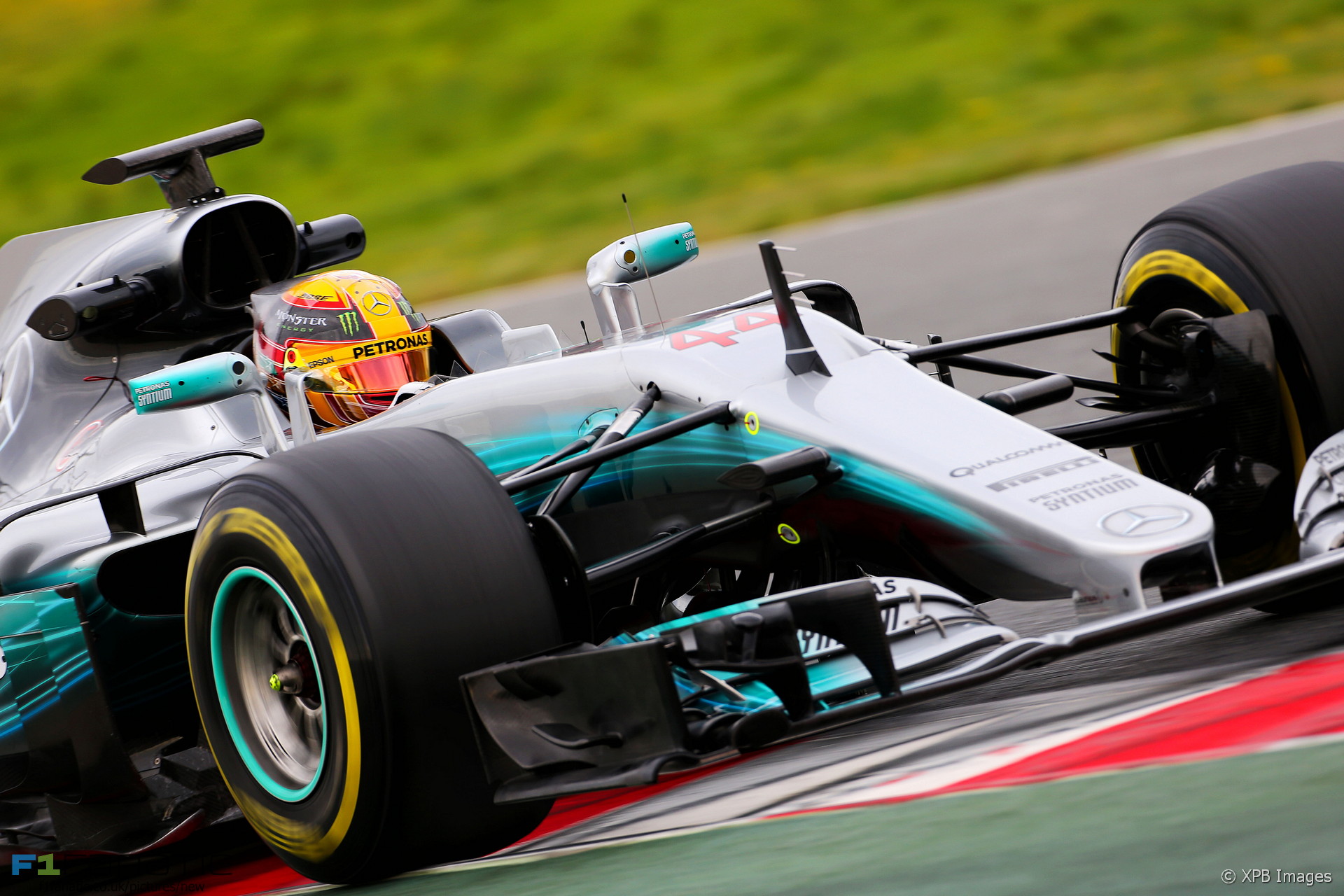 Kimi Raikkonen set a new fastest time of the test so far at the Circuit de Catalunya on Tuesday.

Raikkonen’s lap of 1’20.960 means the best time of the test is now 3.7 seconds quicker than the pole position time at the Circuit de Catalunya.

Have they hit the ‘five seconds faster’ target?

The performance gain Ferrari have found compared to the race at this circuit two years ago is typical of what we’ve seen from most of the front-running teams. However in testing teams can use tyre compounds which are not normally available in the races, making this a less useful basis for comparison.

The comparison with the testing times from 2015 is likely to be more representative. Red Bull have made the biggest gain by this measure.

How do their lap times compare to last year?

Some of the improvement in lap time will come from the new tyre specifications which were introduced last year. Even so, already six teams have improved upon the best times they set in testing last year.

A rapid lap from Kevin Magnussen on the afternoon of day two means Haas have posted the biggest improvement over their 2016 pace so far.