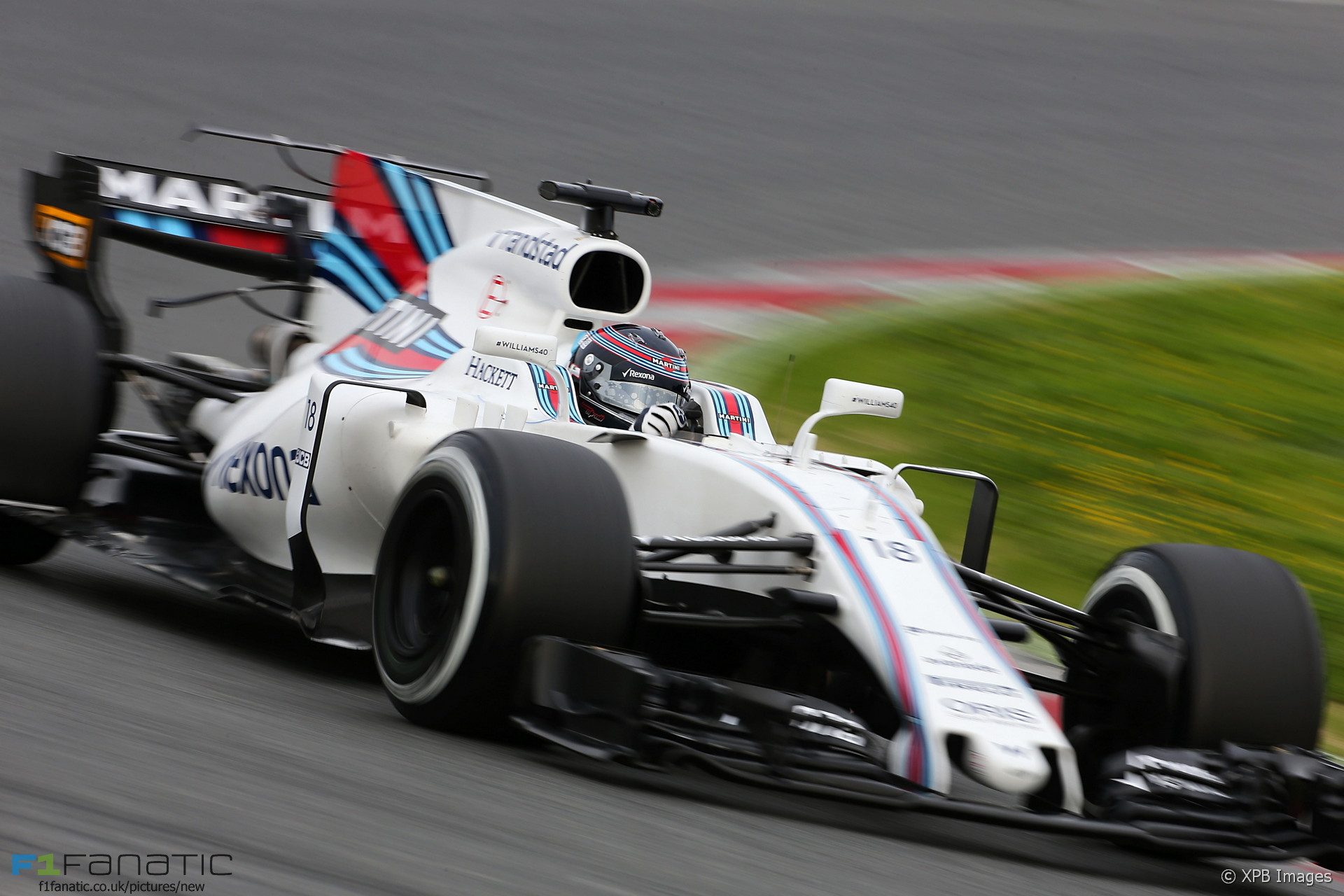 Lance Stroll said he will change his approach when he gets back in the Williams tomorrow after a spin ended his running early today.

The newcomer spun off on his 12th lap in the car today and sustained front wing damage. With no replacement available Williams have ceased their running for today.

“Yeah now the spare parts situation is there for sure I think that’s kind of changed the approach a bit,” said Stroll. “But what happened happened.”

Stroll will be back in the FW40 once a replacement part is ready. “Tomorrow’s a new day,” he continued, “just going to put it behind us and keep going.”

“We’re all positive still about everything and it’s still early days. No reason to panic and change anything.”

Stroll said low grip levels on the circuit contributed to his accident. “It was the second run, just getting to grips with the car, spun at low grip and I just lost the car.”

“It went through the gravel, little spin, drove back to the garage. We broke a little winglet on the front wing and we only have one so that’s a bit unfortunate.”

Despite the setback, Stroll said the incident hasn’t affected his confidence.

“Sometimes these things happen but no, not a dent in the confidence,” he said. “I was actually really confident, really in with the car the few laps I did. I’m looking forward to getting back at it tomorrow and still plenty of running ahead so.”