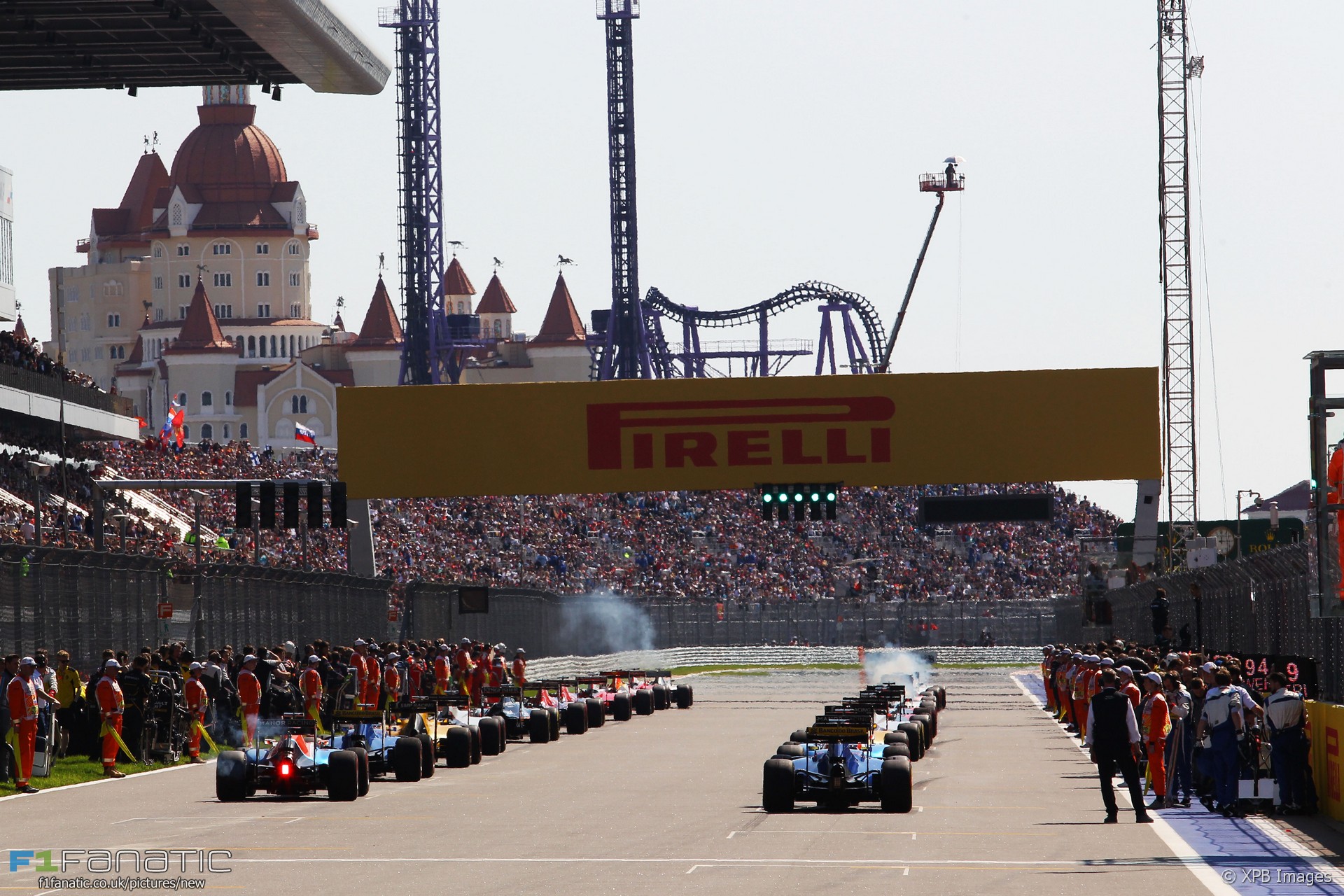 In the round-up: The Russian Grand Prix contract has been extended until 2025.

"The Russian Grand Prix is to remain on the Formula 1 calendar until 2025, according to the country's deputy prime minister."

"A non-championship race would enable us to vary the format and try something different - and evolve it."

"The document adds that if a team fails to satisfy the technical delegate that the primary purpose of a suspension system is to insulate the chassis and the driver from undulations in the road surface, if asked to do so, the FIA may ask for the system to be removed or disabled."

"The new Ferrari SF70H, is more powerful than we expected, I'm happy, from what I've seen, the forecasts we had done have been met."

Alonso needs to fall back in love with F1, says Sainz (Reuters)

"I’m not going to lie, (Mercedes) asked about my contract situation with Red Bull but Red Bull was fully clear that I had a contract signed for them for 2016 and the future. So there was nothing else going on"

Read my pre-season guide for Unibet.

Whatever the ratio is between aero n mechanical grip, you’re going to have a problem if the aero is greater than mechanical no matter what.

K-Mag and @HaasF1Team quickest through the speed trap on day 2 of #F1Testing… pic.twitter.com/RHgHEV9jxl

Note how tall/wide the diffuser is and how the flap around expands outwards to pull more air from within the diffuser pic.twitter.com/ozYmBXa5up

Damn I do miss this time.

Well, I miss the days when it was all positive…. when we had something to look forward to.#TeamGreen

Do not miss the 2014 tests…. those were pain, for everyone involved, from start to finish

I miss the fun bus back to Hingham in 2010. That journey was a complete disaster, every single time, but the chat was mega

Actually, 2010 was pretty much grand from start to finish. Hard work, horrible hours, a lot of lessons, but we did it right

Good job they brought all those screens so we can't see it. #F1 pic.twitter.com/uYJrfy5pd1

Force India is the first team to go five seconds quicker than their best lap time at the 2015 Spanish GP: https://t.co/qFRy2BSrEZ #F1

Thoughts on testing so far from @Ninjenius:

Whilst only the second day of testing, the Ferrari does appear to be impressing the most. Of course we don’t know fuel loads but according to analysts/eye witnesses at the track the SF70H looks responsive and stable as well as quick and thus far reliable. We all know what happened after Ferrari’s ultimately-misleading 2016 pre-season performance, but I get the feeling this season will be their most competitive for a while.

Mercedes will most likely be carrying heavier fuel loads and Bottas was pushing the limits at various points during that race-sim, but it does appear to be more of a handful than the prancing horse. Still, I’d have my money on them for the Constructor’s crown, but they’re gonna have to work a hell of a lot harder for it this time round.

I’m most intrigued by Red Bull and what they have up their sleeves. The aero package they’ve tested thus far has been quite minimalist compared to their rivals thus far, and so I’d expect them to show their straight-flush at the final test or even Melbourne. Just a shame for them that that Renault engine is gonna hold them back (sorry to say).

As for McLaren-Honda… business as usual.
@Ninjenius

Williams exerted crushing superiority in the opening race of the new season 25 years ago today. Nigel Mansell led a one-two with team mate Riccardo Patrese in the FW14Bs.