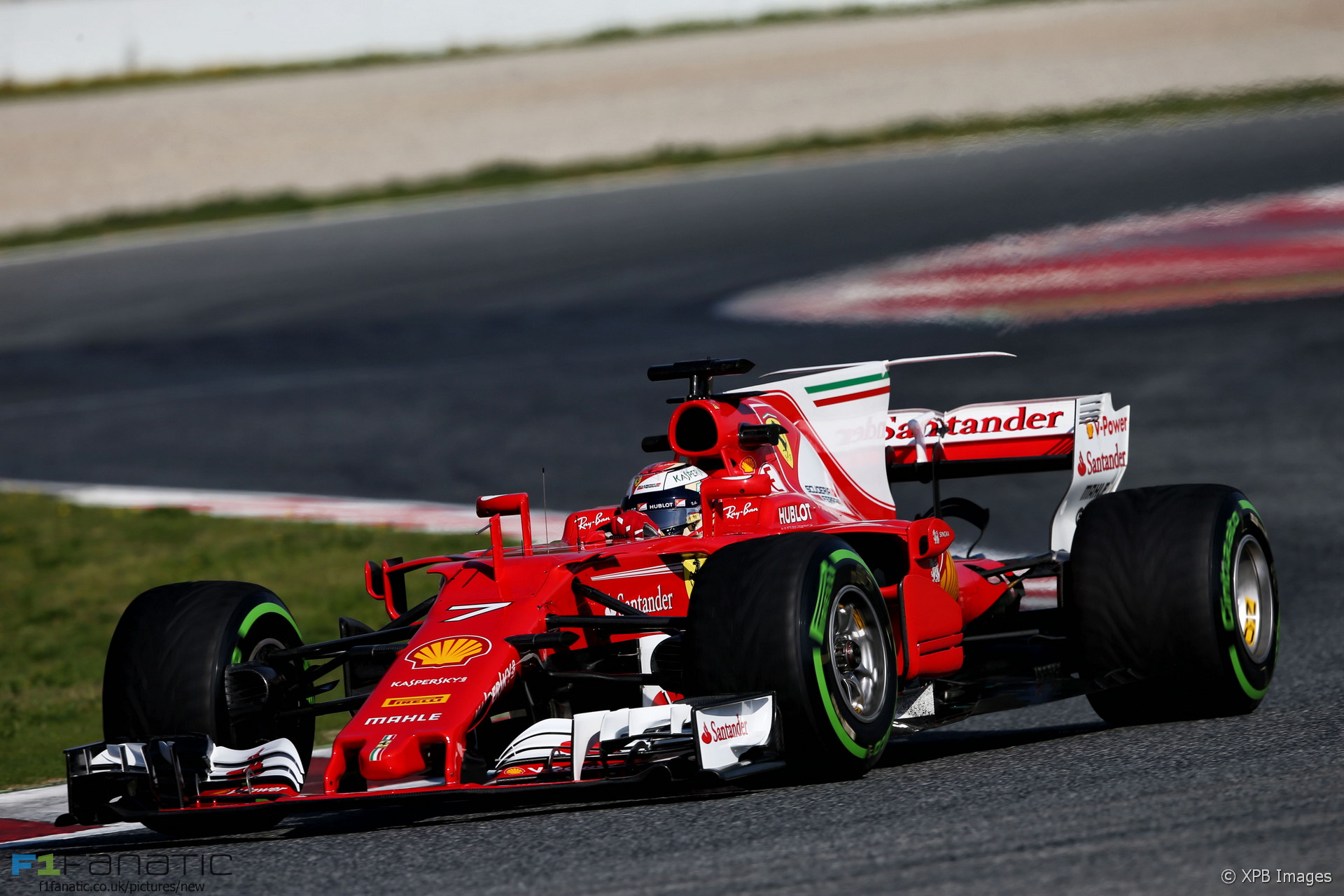 Kimi Raikkonen returned to the top of the times sheets on the final day of the first test of the 2017 season.

Water tankers were deployed to soak the Circuit de Catalunya before the start of testing and during the lunch break to give teams an opportunity to conduct wet weather tyre testing. Running was largely confined to the intermediate tyres until the track dried out.

Despite the slippery conditions the track stayed green for the duration of the day. However for much of the time only eight teams were running.

Williams were unable to participate as their FW40 had been too badly damaged by Lance Stroll’s crash yesterday. And a Renault power unit problem for Toro Rosso confined them to the garage after a single lap. Attempts to get the car out for a final run at the end of the day proved unsuccessful.

Romain Grosjean had a much busier day in the Haas, though many of his 100-plus laps were completed when the track was damp. The team took the opportunity to give its crew practice performing pit stops with F1’s new, wider tyres.

The only team to improve their time from earlier in the test was McLaren. Stoffel Vandoorne posted a 1’22.576, a mere 0.022s faster than Fernando Alonso’s best time from yesterday.