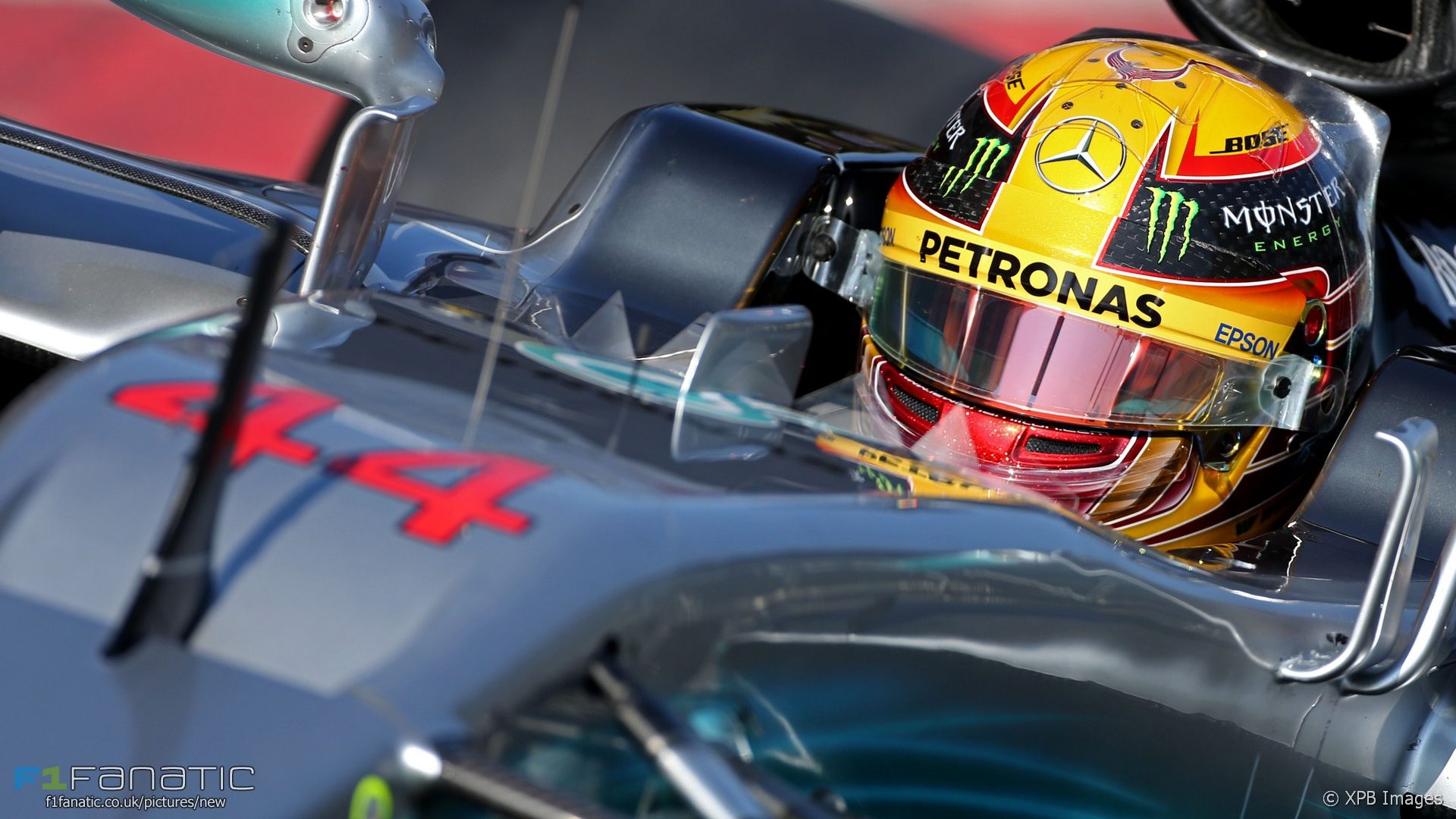 Valtteri Bottas says is paying close attention to how his new team mate operates as he makes up for lost time at Mercedes.

A late off-season switch from Williams has left Bottas playing catch-up at Mercedes at the beginning of 2017. He described how he plans to learn from new team mate Lewis Hamilton.

“It’s been interesting to hear Lewis’s comments about this car compared to the last one in more detail in the meetings,” said Bottas. “Obviously being aware of how he is setting up the car, being able to see a bit more about his driving style and all these things.”

Bottas said is “many things” he can learn from Hamilton. “I won’t pick out certain detail things, but I think having a new team mate I really think always having a new person you’re working with there’s always something you can learn from.”

“Definitely Lewis is going to be a guy I’m going to be watching closely for sure,” said Bottas. “It would be stupid not to.”

“But I think in the team there’s many other persons who are extremely clever as well that I can learn massively with all the engineers. I think now this gives me a good opportunity also for me to get to the next level in my performance with all the technical performance and understanding. There’s so much new this information coming – almost as much as I can take in.”

Bottas believes the change of regulations for the new season can only help him as he adjusts to life at Mercedes.

“I don’t think there’s any negatives with the regulations changes for me,” he said. “Maybe if anything it can be a good thing.”

“There is for each driver something new to learn. What Lewis has as an advantage is he’s been part of this team for a long time, he knows exactly how the team works.”

“He did comment after the first time of running with the new cars that it feels pretty much the same behaviour to the old car. I think obviously with more grip it feels slightly bigger, bigger tyres, the tyres are different. I think I would rather join a new team at this point that, for example, the year before.”