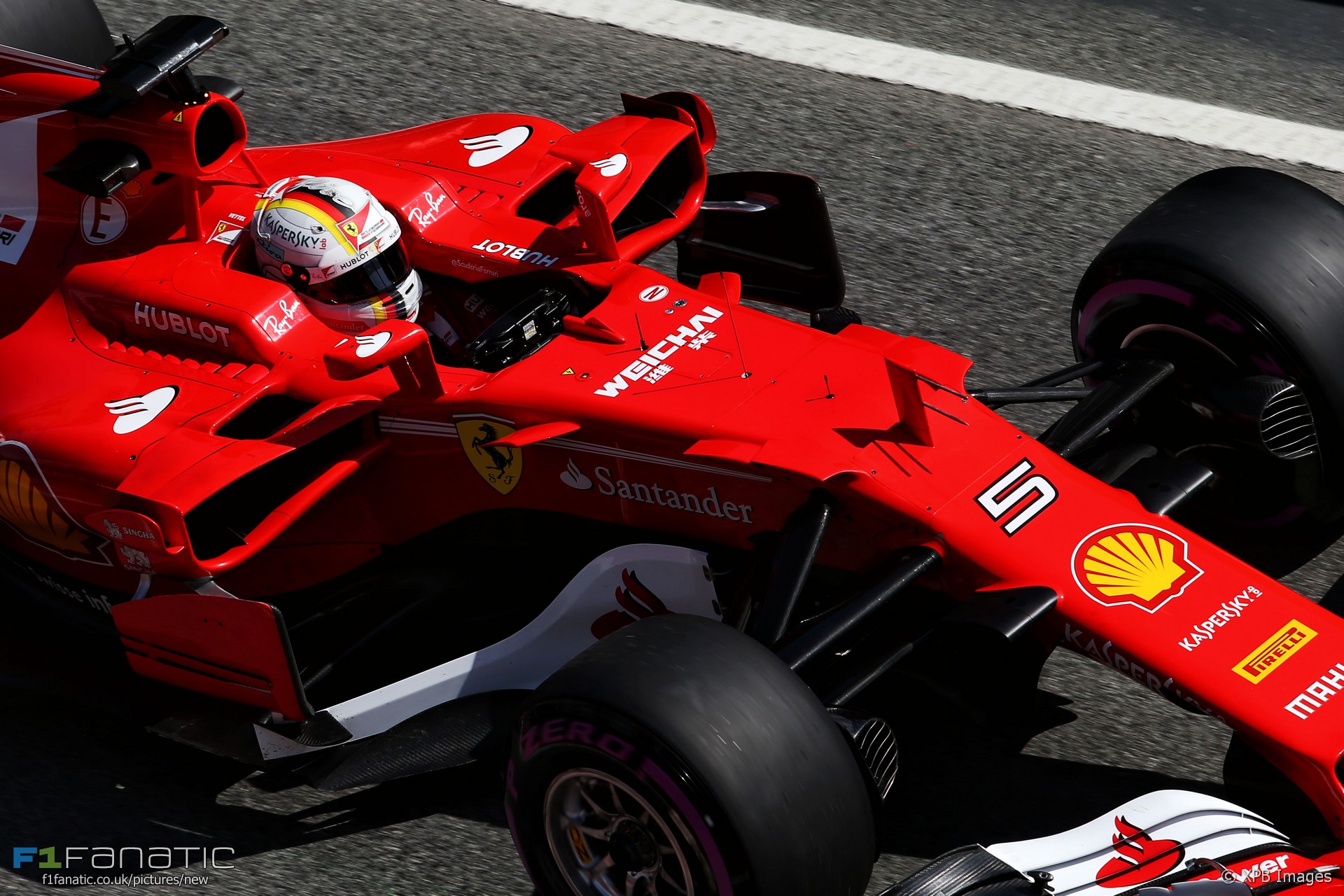 Sebastian Vettel has played down claims Ferrari has become the team to beat in Formula One after its promising start to testing.

The four-times world champion set the quickest time of testing so far on the morning of the seventh day of running. But he is sure Mercedes have more performance in hand.

“People forget historically how slow they were going in the test, how much they were able to ramp it up for the races,” said Vettel. “It’s clear that they are very fast if you look at their long-run pace, et cetera.”

“They are the ones to beat. For us it doesn’t matter exactly where we are now, we are growing, we need to work hard. It’s important not to get distracted.”

Vettel set the benchmark time for testing so far despite backing off on several of his quickest laps towards the end of his lap. He said the team was “just trying to run to our programme”.

“Sometimes you go faster, sometimes a bit slower. But you could see this morning what we were trying to do and we’re going faster than the rest of the week and last week. I think it’s pretty clear.”

“If you look at one simple lap time, we need to look at more than that and in that regard there’s still a lot of work to do. We need to do more laps. We have one-and-a-half days left so we can get a lot of laps in this afternoon and another good feeling for the car and hopefully a good finish to the test tomorrow with Kimi [Raikkonen] in the car and then we’ll see.”

Vettel admitted he had gone off briefly during the morning which had put the team’s programme back slightly. “I think we’d like to have done more laps by now,” he said.

23 comments on “Vettel: Mercedes have more performance in hand”