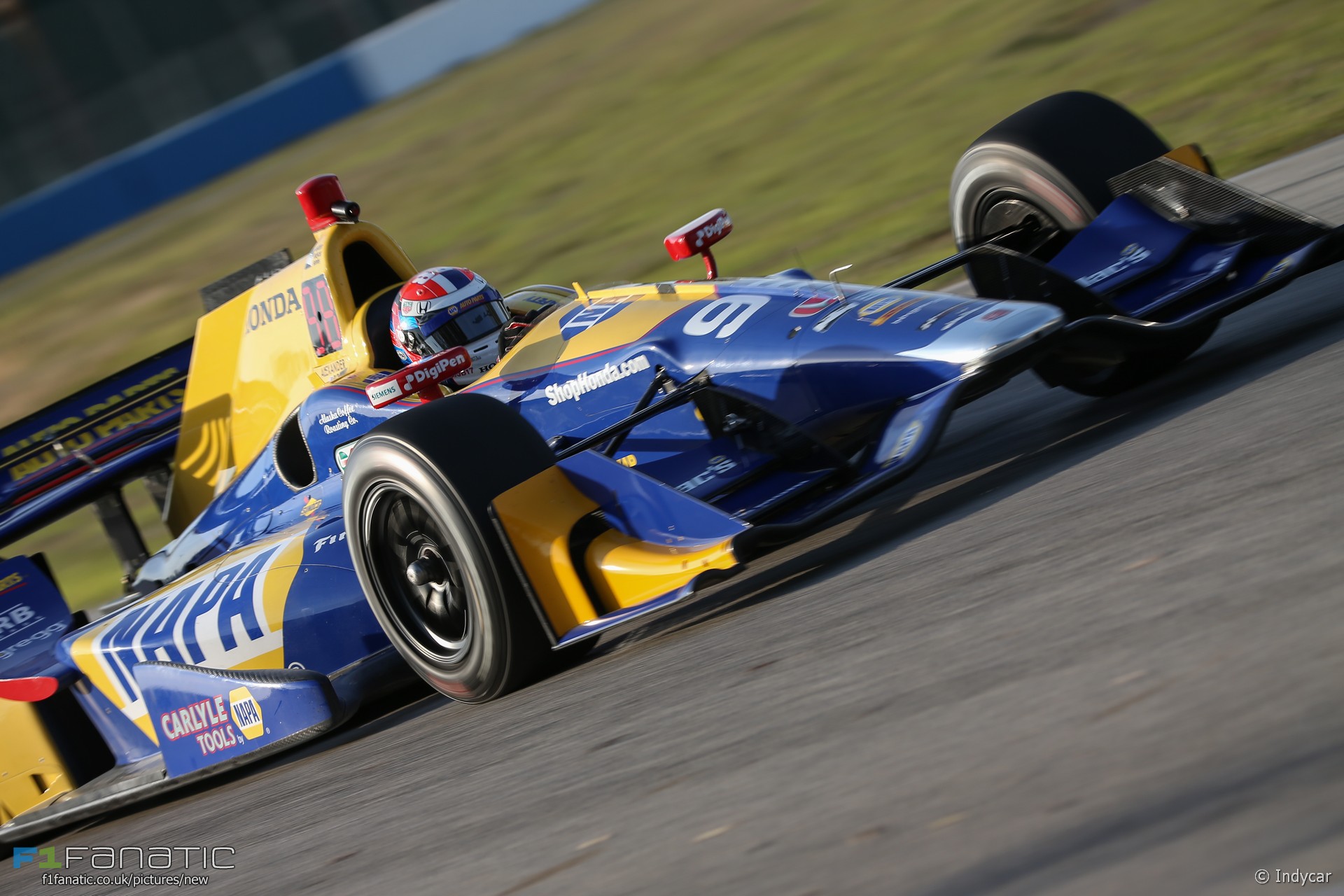 The 2017 IndyCar season will be the championship’s tenth since the long-running war between the rival Indy Racing League and Champ Car series came to an end.

At the time no one seriously expected the series would quickly return to the high of the late eighties and early nineties. At its peak America’s top single-seater championship was a credible rival to Formula One in terms of the standard of drivers it attracted.

But the slow progress the championship has made over ten years raises questions over where it is heading – and whether it is going anywhere at all.

This year’s championship, which begins at St Petersburg on Sunday, will be the sixth for the DW12 chassis. Its introduction brought a step improvement in both safety standards and the quality of racing.

However an attempt to reintroduce aerodynamic development via manufacturer-designed ‘kits’ in 2015 proved a costly mis-step. The racing suffered, the competition became more one-sided and expenses rose.

For this year the kits have been frozen in the same specification as they were 12 months ago, pending the return to a single configuration from next season. It’s hard to avoid the conclusion that this was a needless waste of teams’ limited resources. The field has shrunk from 26 starters to 21 since the DW12 came in, with KV racing the latest to call time.

On the upside the quality of racing seldom leaves fans wanting. The series still enjoys one of the best rosters of drivers outside F1 even if some of its stars – Scott Dixon, Tony Kanaan, Helio Castroneves – are starting to look a little long in the tooth.

Simon Pagenaud’s championship success last year was fresh evidence of a new generation breaking through. He can expect the fiercest competition for his title to come from within Penske’s crack four-man squad. Will Power, who took the title fight to the final round last year despite being ruled out of the first race due to injury, will surely be up there again in his quest for a sequel to his 2014 crown.

The most intriguing change of the off-season is Josef Newgarden landing the full-time Penske seat vacated by Juan Pablo Montoya. Newgarden was a consistent challenger with Ed Carpenter’s much smaller team last year and has been handed the opportunity of his career by Roger Penske.

A further off-season development is another signal of IndyCar’s less than robust health. Ganassi’s cars will no longer appear in the colours of long-time sponsor Target. Those who recall the glory days of Jimmy Vasser and Alex Zanardi will especially regret the ending of the association just before the team reunited with engine supplier Honda.

Last year Honda’s aero kit was the weaker of the two everywhere bar the superspeedways. Ganassi may fancy their chances of taking their first Indianapolis 500 victory for five years, but the move could rule them out of a title challenge until the standard kits arrive next year.

The IndyCar season will be screened live in the UK on BT Sport’s channels. Sunday’s race will be shown at 4:00pm on BT Sport ESPN. The American broadcast will be shown live with Ben Evans and myself continuing the coverage during all ad breaks which happen during green flag running.

For coverage details elsewhere around the world see here:

36 comments on “Reunified IndyCar reaches a decade, but where is it going?”