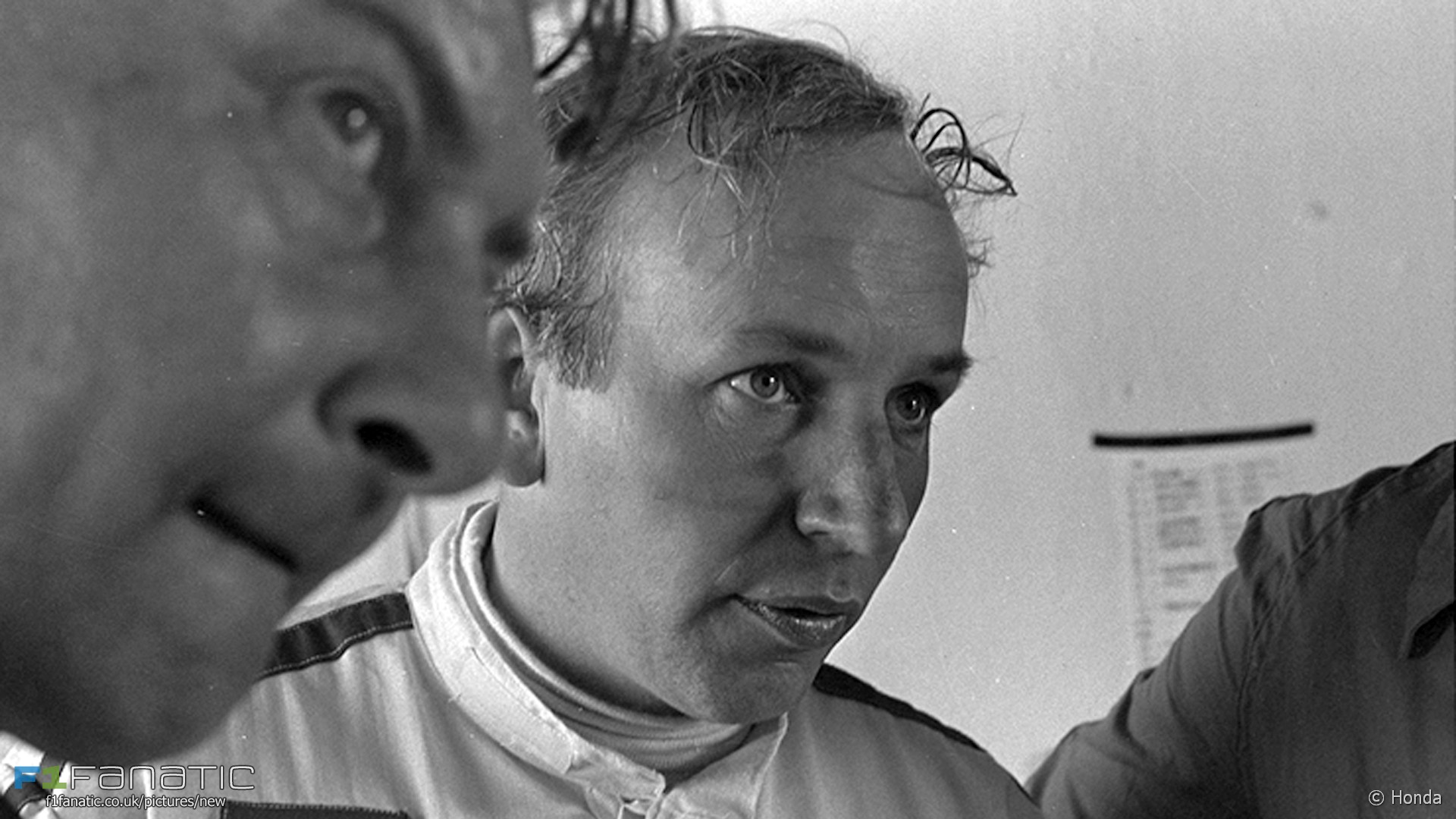 Racing drivers from in and beyond the world of Formula One and other significant figures in the sport have paid tribute to John Surtees after the 1964 world champion passed away today at the age of 83.

Ferrari has lost one of its greatest drivers. John Surtees has passed away in his native England at the age of 83.

Born in Tatsfield on February 11 1934, Big John, as he was fondly known, won the Formula One world championship in 1964 with Ferrari, becoming the only driver in history to claim both the F1 and motorcycle grand prix world titles. Surtees raced in 111 Formula One grands prix, 30 with the Scuderia Ferrari, delivering six victories, four of which were with the Maranello team between 1963 and 1966.

Aside from his outstanding Formula 1 performance, Surtees contributed several victories to Ferrari’s success in the 1963 and 1965 World Sportscar Championship. All at Ferrari send their heartfelt condolences to his family at this sad time.
Ferrari

Such a lovely man. We have lost a true great motorsport legend. RIP John.
Damon Hill

We are so sad to hear of the passing of John Surtees. He was such a gentleman and a true legend. Our thoughts are with his family and friends.
Williams

So sad that the amazing John Surtees has passed away without ever getting that knighthood so many of us wished for. A real one of a kind.
Tiff Needell

Very sad to hear the news of John Surtees passing. F1 and motorcycle world champion and a great man, our thoughts are with his family.
Nigel Mansell

Extremely sad to hear about John’s passing. A lovely gentleman with a lovely family. Will be dearly missed, my thoughts are with his family.
Alexander Sims

One of the few who has given much more back to our sport than has ever taken. A true gent and racer. RIP John Surtees.
Darren Turner

Such sad news to hear the passing of the great John Surtees. He has done so much for the sport that we love and he was such a lovely guy.

Thoughts are with his family. Rest in peace John.
Alice Powell

A legend of motorsport has left us today. A champion, a gentleman, a true racer who achieved the unachievable. RIP John Surtees.
Force India

Today the motorsport world has lost a true legend. He achieved a feat that will never ever be repeated. Ready in peace John.
Sam Bird

Our thoughts go out to all who knew and admired John Surtees. As legendary as they came, he will be sorely missed throughout motorsport.
Renault

Sad news of the passing of motorsport legend John Surtess CBE. World motorcycle Champion and World F1 world Champion. Will be missed by all.
Johnny Herbert

Sad day for the world of two and four wheel racing, we lost a true legend of our sort. He was above being knighted anyway.
David Brabham

Rest in Peace John Surtees, a great champion in every respect. Sadly he’ll never get the knighthood he deserved. Condolences to the family.
Martin Brundle

Rest in peace John Surtees. one of the all time greats on two and four wheels and a good man.
Dario Franchitti

An all time great, his achievements will never be repeated.
Allan McNish

Very sad to hear our loss of John Surtees. I had the lucky chance to meet him once. Will remain a motorsport legend forever. Rest in peace.
Felix Rosenqvist

Absolutely shocked to hear John Surtees has passed away. True legend in the sport & has been a great ambassador for the Racing Steps Foundation for many years.
Jake Dennis

One of the nicest guys you’ll ever meet and a true legend on both two and four wheels.
Alex Lloyd

Very sad to hear of John Surtees passing. Being Henry’s team mate in Formula BMW to see them both pass away is a great loss for motorsport.
Oliver Webb

Very sad to hear the passing of John Surtees. Absolute legend. Amazing man on both two and four wheels. Thoughts are with his family. RIP John
Andy Priaulx

Today we lost one of the all time greats on two and four wheels. We will miss you John.
Jenson Button

Sad to hear the passing of John Surtees. Got to know John while racing against his son Henry in karts. Gentleman and a legend on two and four wheels.
Stefan Wilson

RIP Sir John Surtees and thank you for the dream.
Taki Inoue

8 comments on “Tributes pour in for Surtees”