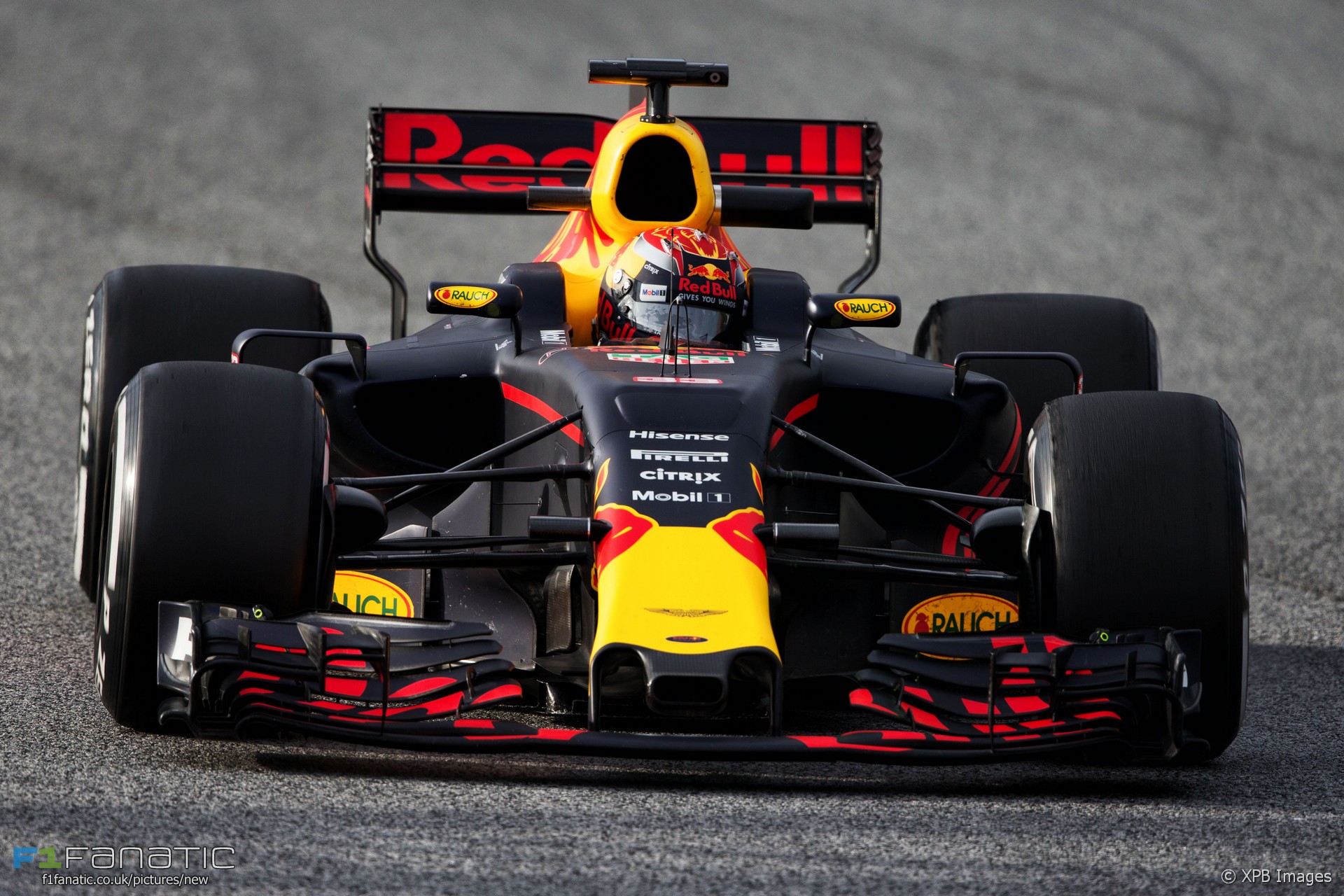 In the round-up: Max Verstappen shrugs off Renault’s reliability problems.

Verstappen ‘not too worried’ by Red Bull deficit (Crash)

"They can solve the issues for Melbourne. It is nothing major what is happening, which is good."

"Points will be difficult as I think four teams are clearly in front. Then there's not much left."

"It is aero, and we need to work on it. It won't be for Australia."

Tech insight - the secrets to the Ferrari SF70H's speed (F1)

"Arguably the most interesting - and clever - solution on the SF70H, however, is the cooling system for the gearbox and its hydraulics."

"Monkey seats have become pretty common in F1, but Sauber's solution suggests a new trend - with the U-shape (see above) being fitted very close to the exhaust."

"I think the interest in Formula One has gone down,

"After much dithering, a drying track prompted the abandonment of qualifying and a continuation of free practice. By which time, the McLaren team had packed up and were heading back to their factory at Colnbrook."

Just been down at T1, the Ferrari looks mega, planted. Merc good too, but not as solid.

It was a great joy to meet this man and deeply saddening to hear of his death earlier today: https://t.co/XJfae9CoNV #Surtees #IlGrandeJohn

Bernie asked me to post this as he has lost an old friend….. You can loose things that can be replaced but John is not one of them. A really good friend of nearly 70 years. Leonora and Edwina you lost a loving Dad and Jane a good husband. Be grateful of your time together. Love, Bernie

Not a good start for Sauber?

I know that this is just testing and all, but for Sauber to not be able to get within three seconds of the best time, which itself is almost certainly not the best that the top teams can do, has to be worrisome.

McLaren are also slow, but they have known problems and a lot of potential to improve as they solve them. Sauber have a 2016 engine that will only get slower relative to the other teams as the season progresses.
Diego (@Ironcito)