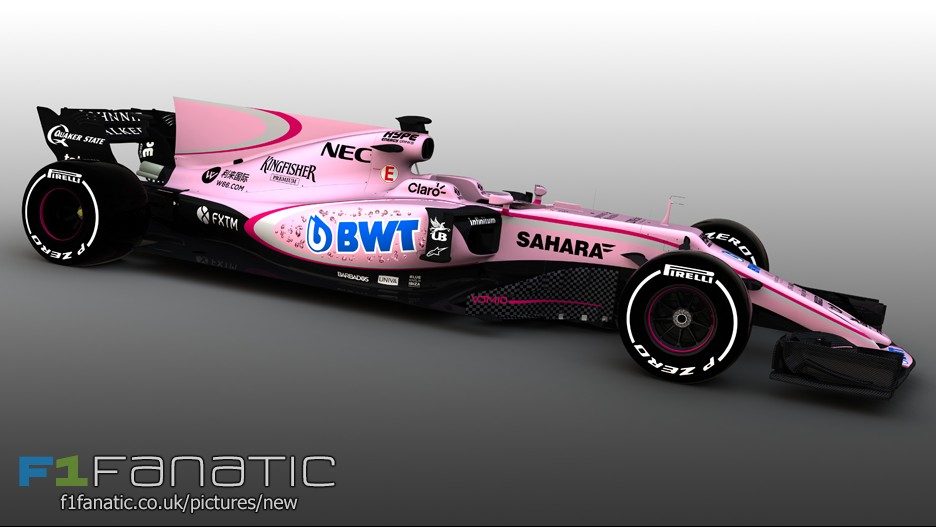 The VJM10 will sport a matte pink finish from the first race of the 2017 instead of the silver colour scheme it was launched in. The team also confirmed their drivers will switch to using pink crash helmets.

“The arrival of BWT in Formula One is huge news and represents one of the most significant partnerships in our ten year history,” said team co-owner Vijay Mallya.

“It’s a sign of how far we have come as a team with our strong results and completes a solid commercial performance over the winter.”

“For 2017 our cars will sport a vibrant new colour scheme with a smart matte finish. Changing the colour of our cars is an indication of the strength of this new partnership and a real statement of intent from BWT as they begin their relationship with the sport of Formula One.”