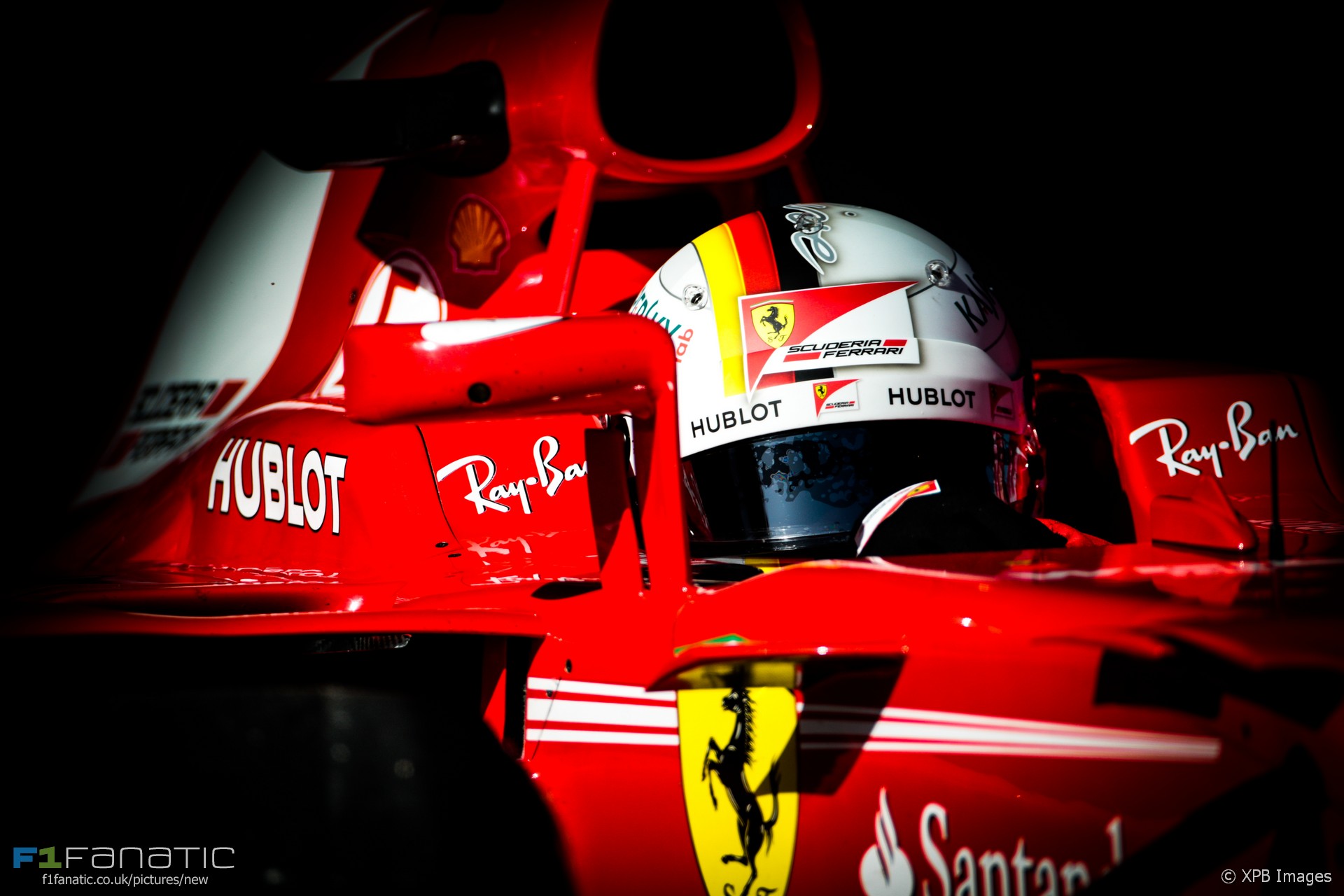 On paper, this doesn’t look like being a great year for Ferrari.

Ahead of the biggest shake-up in the aerodynamic rules for several years the team’s technical department has lost technical director James Allison and aerodynamicist Dirk de Beer within the last 12 months.

Having won three times in 2015 the team blew its few shots at victory in 2016. Not only did they commit strategic blunders but the car was not up to the levels of reliability we’ve come to expect from a team with such resources.

As a result they ended the season win-less and fell behind Red Bull in the constructors’ championship. Sebastian Vettel, the team’s top points-scorer of the past two seasons, is yet to renew his contract which expires at the end of this year.

But the early signs ahead of the new season are that the team are in good shape where it matters – on the track.

Faced with relentless scrutiny from the demanding local media, Ferrari got their championship off to a low-key start. There was minimal fanfare around the SF70H’s launch. Team principal Maurizio Arrivabene didn’t so much play down expectations as avoid saying anything at all.

In testing, despite conspicuously backing off at times, the team posted figures which cannot fail to have set Tifosi hearts beating faster. They lapped 4.1 seconds quicker relative to their 2016 testing pace, a larger gain than any other team, and 4.4 seconds inside their best lap time from last year’s Spanish Grand Prix weekend, better than any team bar Renault.

Of course it’s impossible to say for certain if Ferrari are genuinely quicker than their rivals. They may have just shown their hand earlier than Mercedes and Red Bull. The new car’s novel design elements, such as its distinctive raised sidepods, suggests they might have found something the others have missed. The performance of Haas also hints at the gains Ferrari have made with their new power unit.

Vettel believes that during 2016 the team made improvements which were masked by their performance on the track. The team was rumoured to have sacrificed its race weekend practice running at the end of last season to prepare for 2017, compromising its results, particularly after the summer break.

Is that all about to pay off this season? After eight years without a championship, Ferrari can’t afford to wait much longer. There’s a lot riding on this season for Vettel. Having committed to Ferrari for three years in 2014, he had to watch as his former team overtook them last season. He hasn’t resigned beyond the end of this year yet, and was even rebuked by his boss last year for giving his attention to areas other than driving. A competitive car could fix everything, but without one he could be a target for Mercedes in 2018. Raikkonen’s Ferrari return has now lasted longer than his original stint at the team, though it has been far less successful. This is largely a reflection on the machinery Ferrari have supplied but he’s also been shown the way by Fernando Alonso and now Vettel. A return to more extreme, high-downforce cars may be to his taste, though he’s been predictably dismissive of the suggestion.

Poll: Which Ferrari driver will finish ahead in the championship?