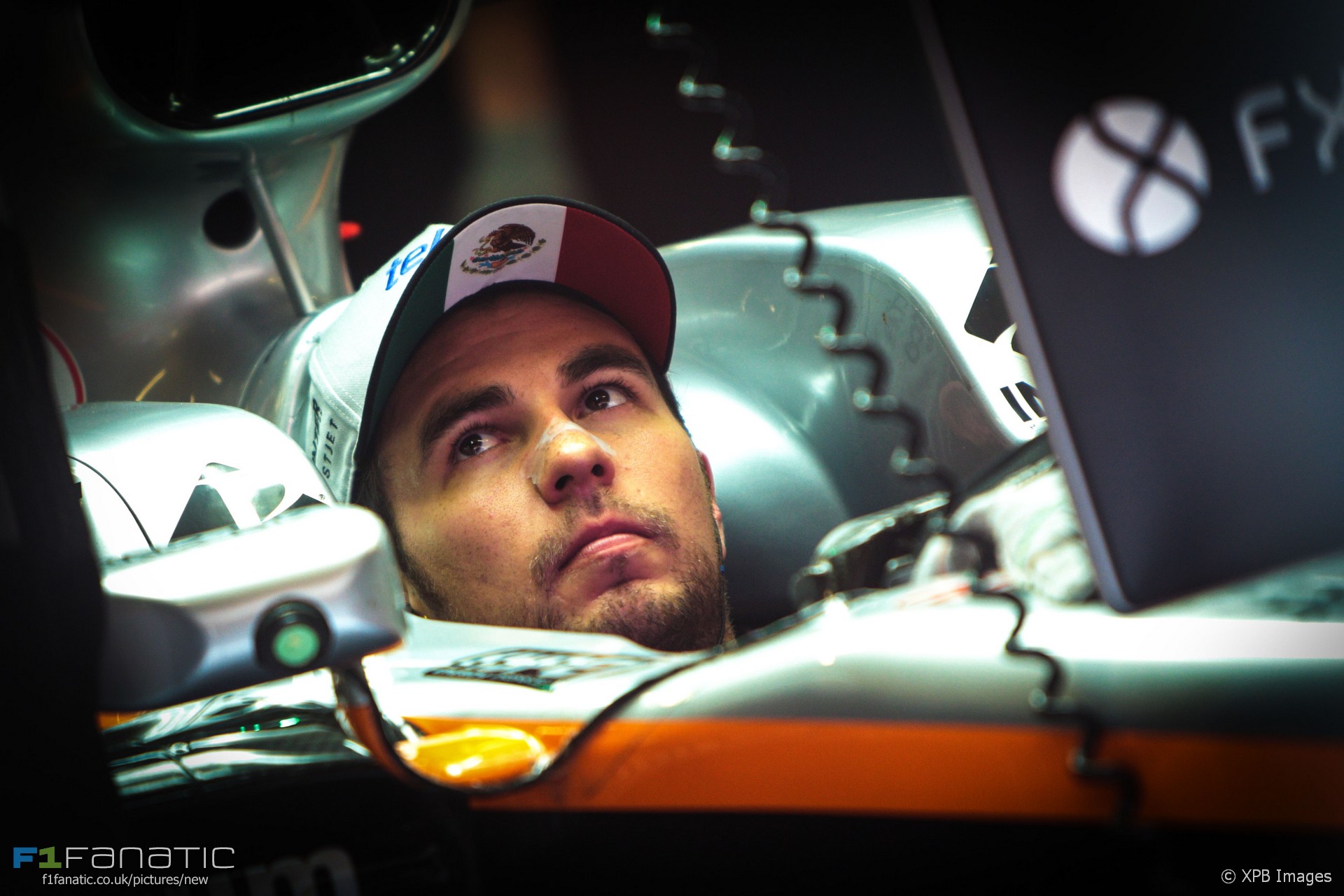 In the round-up: Sergio Perez was told to reduce his weight by almost two kilos before the first race of the new season.

"Perez and his team-mate have been told that they need to weigh no more than 11 stone (69.9kg) by the time they line up on the grid for next Sunday’s Australian Grand Prix. As it stands, Perez is 4lb (1.8 kg) over that target and acknowledges he has been struggling with some aspects of the car’s handling."

"Before your primary income generation was through sponsorship and you topped it up with FOM income, today it is the other way around – your FOM income is the primary source of your income and you are topping it up with sponsorship."

"If Mercedes was running in a more conservative mode throughout testing it could explain why Ferrari, which ran a single power unit for the entire two weeks, may have appeared to hold the edge and why things could be different in Melbourne."

Patrick Drove me around Zolder back in the day to show me how its done. RIP Patrick and thanks. #F1 https://t.co/kSUGbsAkkG

2 days in and very happy to be back at @WilliamsRacing! Had a great welcome from colleagues old + new some of whom I hadn't seen for 24yrs! https://t.co/01ywtTZlDy

@f1fanatic_co_uk they've not finished unpacking the safety and medical cars yet. pic.twitter.com/uovTHMbZ3c

Which side of the debate on ‘shark fins’ do you come down on?

Ban it as soon as possible. For the start of the European part of the year.

It is ugly, adds nothing to good racing, reduces the show, makes cars easier to handle, less spectacular to drive. So that’s that.
@Jureo

Do not ban shark fins. Allow the engineers to have a free hand. Let them show their ingenuity. We do not want all cars to be exactly similar, do we?
@MalleshMagdum

Cast your vote on whether the shark fins should be banned here:

And there’s still time to join in this weekend’s Caption Competition too:

Happy birthday to Nicola Larini who is 53 today and Vern Schuppan who is 74.