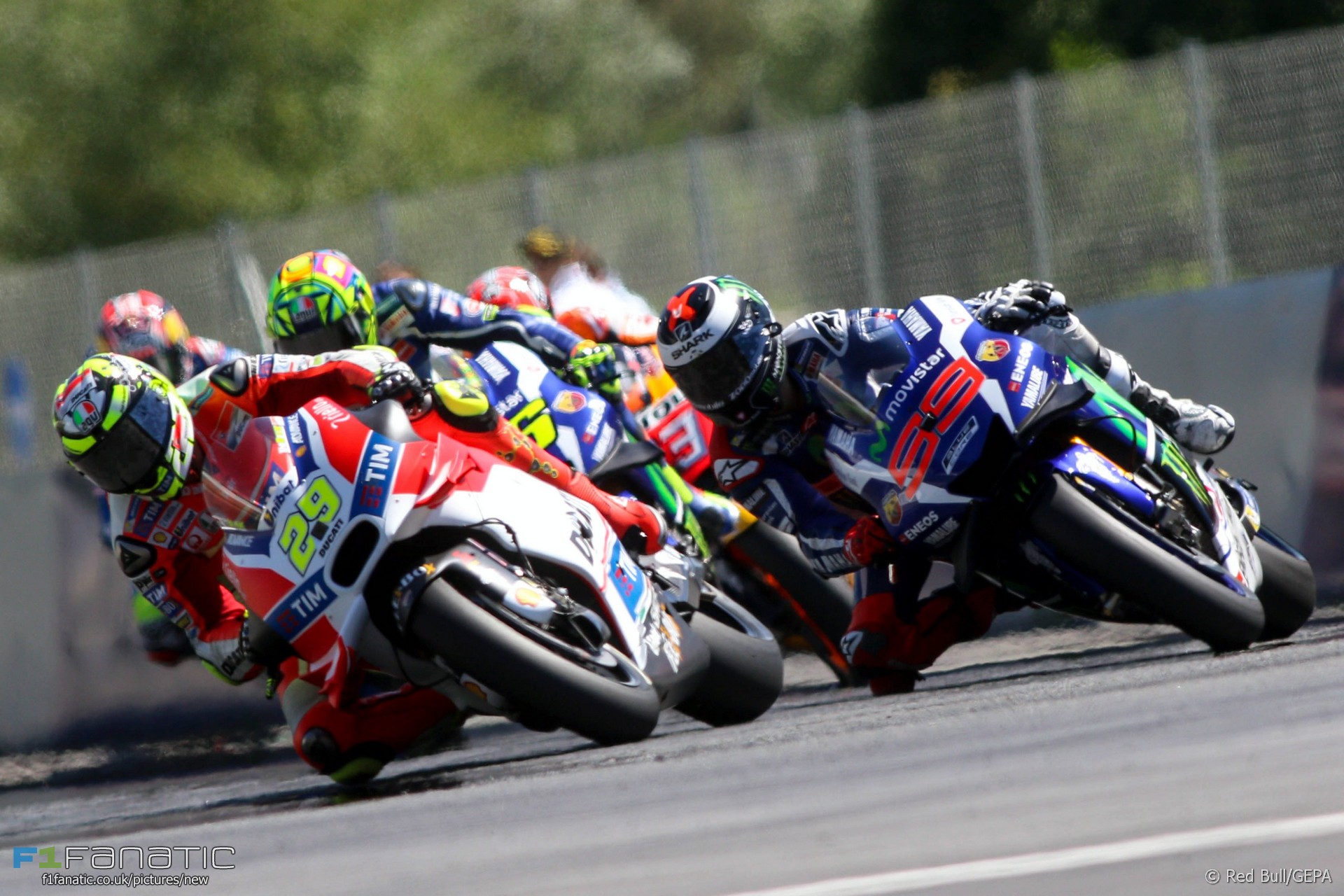 In the round-up: Max Verstappen wants F1 racing to be more like Moto GP.

Max Verstappen on the art of overtaking (ESPN)

"Racing should be pure like in Moto GP. (We need) real fighting that looks good for the TV as well."

Formula 1 returns, but will changes make it be better? (BBC)

Alexander Wurz: "If there is just one amazing overtake in a race, that delivers much more energy and emotion to the consumer than five DRS fly-bys."

Sauber will bring up the rear, says founder (F1i)

"When I look at the years after BMW, 2012 was the last really good season and after that it became difficult because of the lack of financial resources."

"The elephant in the room, we all know, is distribution of funds, and the discussions need to start on that so that everyone knows where everyone stands and we can start to find solutions."

Daniel Ricciardo: ‘If there is friction with Max at Red Bull, that’s part of the game’ (The Guardian)

Christian Horner: "We are not going to create some enormous rule book for each and every scenario. The rules of engagement are clear."

"What worries me a little bit is if Lewis suddenly thinks to himself 'I tell you what I'm going to do, I've had enough people criticising me, I'm going to be on pole in every race, win every race, and stop at the end of the year'."

"With so many new parts appearing on the Mercedes over the course of testing, do not be surprised if the W08 that takes to the track in Melbourne this Friday is very different again."

"Without the car makers like Mercedes, Ferrari, (Honda) and ourselves – because we are the only ones who are developing engines and investing money – there's not going to be a show."

An early view on how the new cars look in action:

Between turns 13 and 14, just before the last chicane I noticed how cars changed directions and found it pretty violent and abrupt. Definitely a lot more speed and grip.

I can’t wait to see those machines in action on the other circuits!
@Spoutnik

Alain Prost was eventually declared the winner of a contentious Brazilian Grand Prix which was held on this day 35 years ago. Nelson Piquet and Keke Rosberg was the first two drivers home but the pair were disqualified for falling foul of the minimum weight regulations.