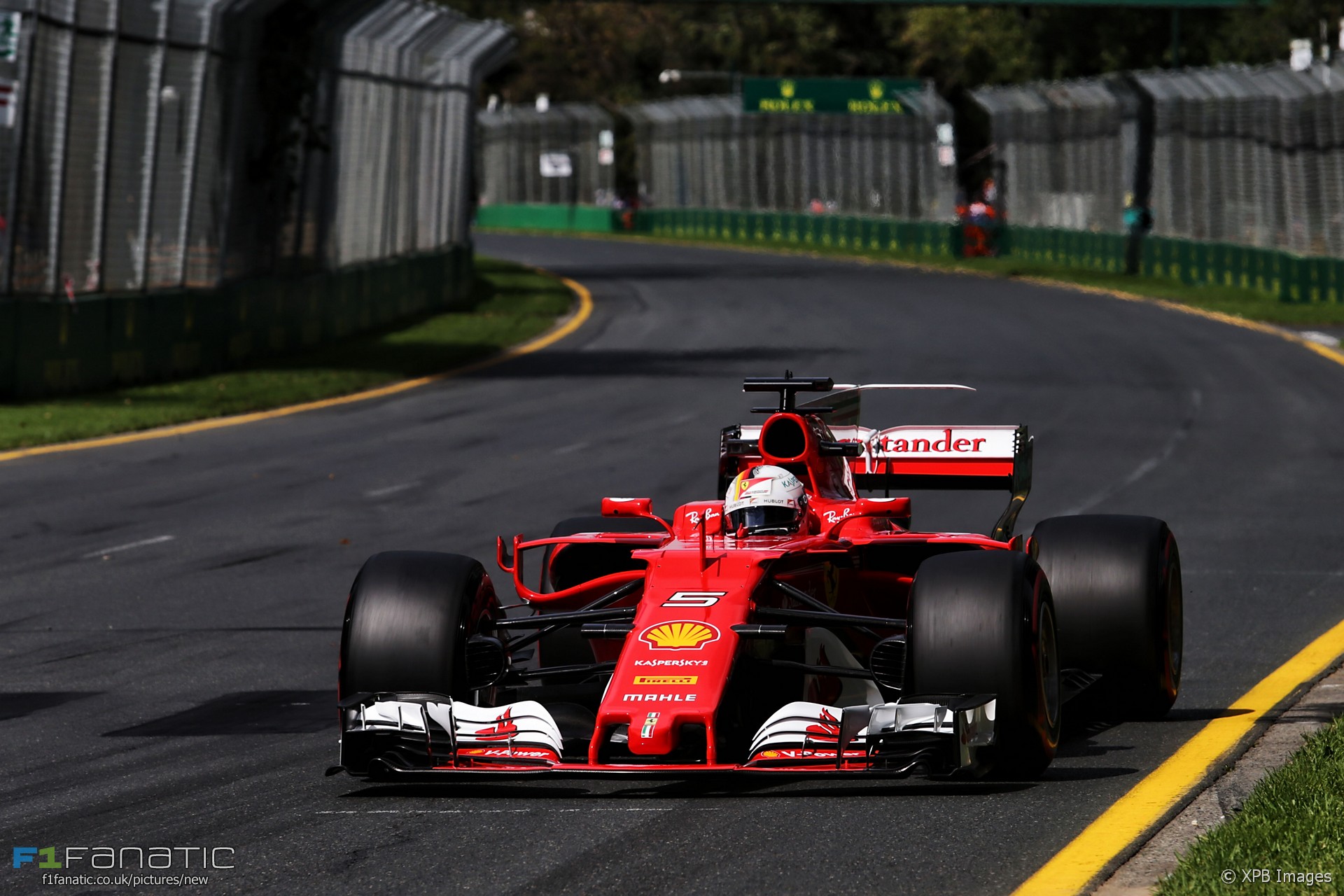 Ever since Ferrari left the final day of pre-season testing with a margin of more than two-thirds of a second over Mercedes there have been high hopes they might take the fight to their silver rivals in 2017.

Those hopes appeared to be dashed when the cars hit the track for the first race weekend of the year in Melbourne. Lewis Hamilton put his Mercedes W08 over half a second clear of Sebastian Vettel’s Ferrari SF70H, and said afterwards the team had recovered from its pre-season struggles.

But it’s still too soon to despair about the prospects for the rest of the season when all we have seen is two practice sessions. It remains to be seen how much more performance the teams have in hand for qualifying.

Will Mercedes be able to turn up their engines to the extent they were able to for flying laps last year? The high-profile engine failure Hamilton suffered in Malaysia has prompted some changes to its power unit in the interests of reliability.

Meanwhile Ferrari have known for some time this is a deficit in their power unit they need to address. Romain Grosjean revealed after testing that Haas wouldn’t run the car in maximum power mode until tomorrow’s qualifying session.

Given that, his appearance in eighth place on the overall lap times table, comfortably ahead of all the Mercedes customer teams with his 2017 Ferrari power unit, surely bodes well for the factory team. It suggests either Haas has got a very good car, or Ferrari is still keeping something in reserve.

The odds favour a Mercedes win at the moment but a one-two may not be possible unless Valtteri Bottas makes some progress overnight. His combined best sector times indicate he could have done a 1’24.072, fractionally quicker than Vettel’s potential 1’24.118, but the gap to his team mate is a further indication of where the car should be.

As we saw last year Mercedes will often explore two different set-up directions with its drivers and harmonise on a single approach overnight, at which point their lap times get much closer. Bottas needs to do that tomorrow to get within range of his team mate.

But even if Mercedes romp to a one-two we should be wary of writing off the competition too soon. Melbourne has always been a track where Mercedes have tended to go well and Ferrari less so.

In 2015 Ferrari began the year 1.64% behind Mercedes on pure pace at this track yet went on to win three races. Based on today’s lap times the gap is 0.65%. We should at least wait to see what qualifying brings before passing judgement on their form.

Red Bull made an even more low-key start to the season, lapping over a second off the Mercedes. Encouragingly for Renault the fixes it brought for the problems it encountered in testing appear to have worked. Will they have more power to play with tomorrow as a result?

There also remains the possibility tomorrow’s qualifying session could be affected by rain. The threat appears to be diminishing at the moment, but Melbourne has a reputation for unexpected showers.