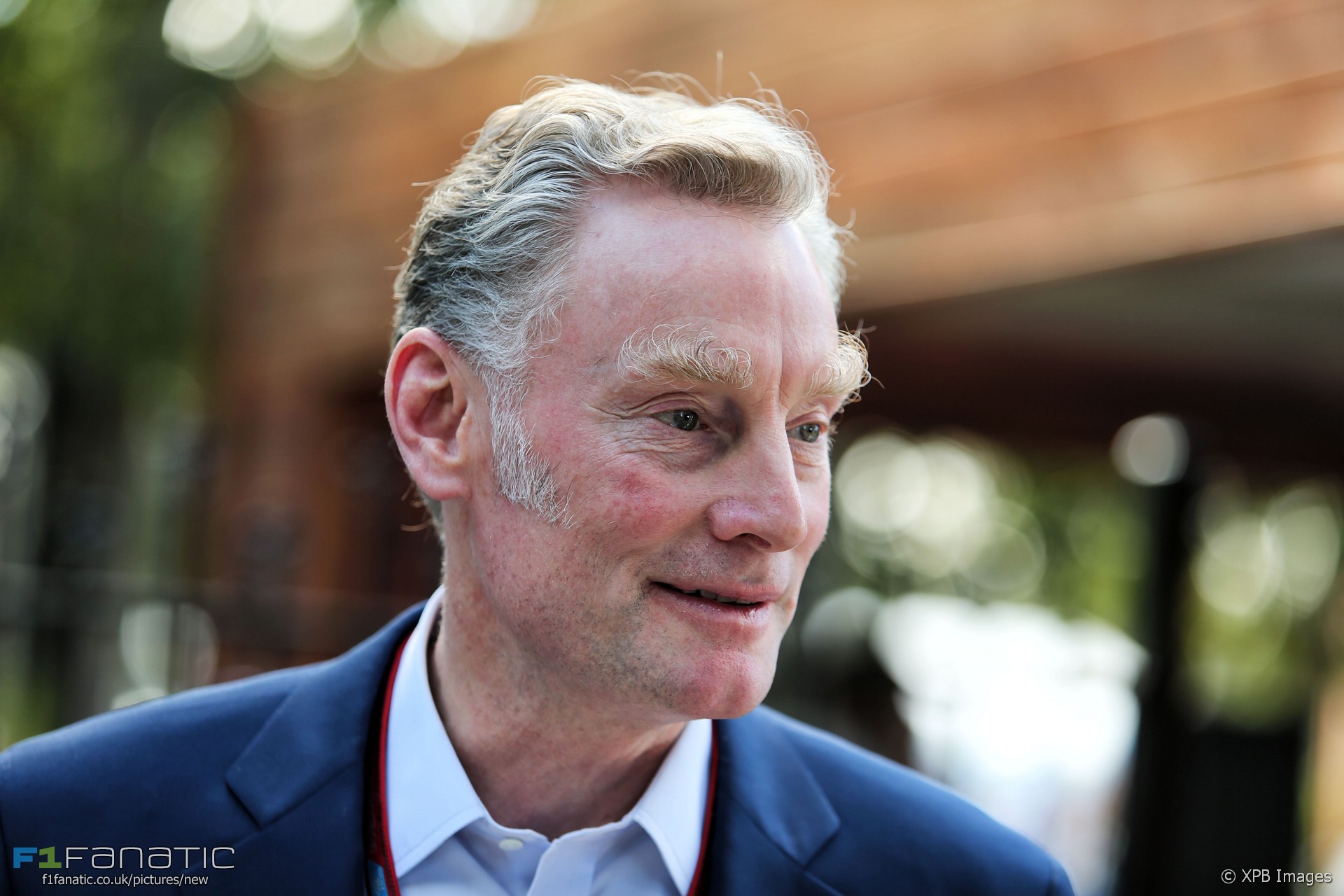 In the round-up: Formula One’s new commercial chief Sean Bratches says the sport will ‘re-imagine’ its approach to digital content along with its television output.

"There are going to be a number of consumer touchpoints going forward that we are going to be very proactive around, and one of them is going to be digital. We are in the process right now of re-imagining our entire portfolio of digital assets - and we really look at that as an opportunity to engage with fans."

Bottas 'not yet worried' over Hamilton deficit (Motorsport.com)

"Yeah, it is a big gap. But I'm not worried yet. It's only Friday practice and my first proper practice in a race weekend with the team."

"We ran this wing in the whole Barcelona test and never had a problem with it breaking or anything. In FP2 we had to take it off because of the moving, so we need to see what we do in FP3."

"I think that we’re again pretty close to the top three teams. I think at least that’s what my impression was after today’s running - and after I’ve seen the tyre choice of the frontrunners today."

"They were better in 2016 but have gone backwards this year. It's awful for Formula 1. Nobody needs the great McLaren team, Fernando Alonso and Stoffel Vandoorne blowing up and down the back of the field."

Yusuke Hasegawa: "I am developing an improved power unit, but it will take some time to complete. I would like to have it finished and in the car within two months."

"Chaos is expected to reign on Saturday when hundreds of thousands of sport fans descend on Melbourne as the Grand Prix and 2017 AFL season get underway. Two AFL matches on Saturday afternoon and the first qualifying day of the grand prix will see the public transport network swamped by tourists and locals alike."

"The Swiss public broadcaster SRG SSR has extended its rights to show Formula 1 races for another three years, until 2019. They will be available on free-to-air TV."

"It is appropriate given the enduring love he has displayed for the sport that the very first words Alan spoke to the British public concerned Formula 1."

Some Arrivabene gold as team bosses are asked to describe their drivers in a few words 😂#F1isBack #AusGP pic.twitter.com/RLQkaTNW2B

Friday at Albert Park 📸 Plenty to work on for tomorrow and looking forward for qualifying! #VB77 #F1 #AusGP @MercedesAMGF1 pic.twitter.com/W4YS6aiuaF

The most cheerful steward of the season. Lynda has been guiding traffic with a smile at Melbourne for 22yrs. #F1 pic.twitter.com/sgXklnEzos

With Lewis Hamilton over half a second faster than his new team mate on Friday, is it too early to write off Valtteri Bottas as a threat this year? @thegianthogweed thinks so.

It may take Bottas some time to get used to the car, but once he gets used to it, I think he’ll be pretty close to Hamilton. There were several of occasions in 2014 where the 2 were having a scrap fighting for position and in Germany, Bottas did a great job of keeping Hamilton behind. I’m certain he’ll be able to have several decent starts this season and be able to have a similar race. There were also 2 races in 2015 where he did a very good job at keeping the faster Ferrari’s behind him. One race it was Raikkonen and the other was Vettel and neither of them managed to find a way though. When the car Bottas is driving is strong, I think he is really good at defending his position.

I remember once or twice in the room before the podium that Hamilton was speaking to Bottas about how incredible his pace was. I’m certain he’ll have many more very strong weekends now he’s in the same car as Hamilton. It just may take him a little time to get used to it.

I don’t like the amount of people I’m seeing that are instantly deciding he is a weak team mate just because of 2 practice sessions before even the 1st race has happened. I don’t think he’ll be as good as Hamilton but I think he will be good enough to make Mercedes want to keep him for next year.
@thegianthogweed