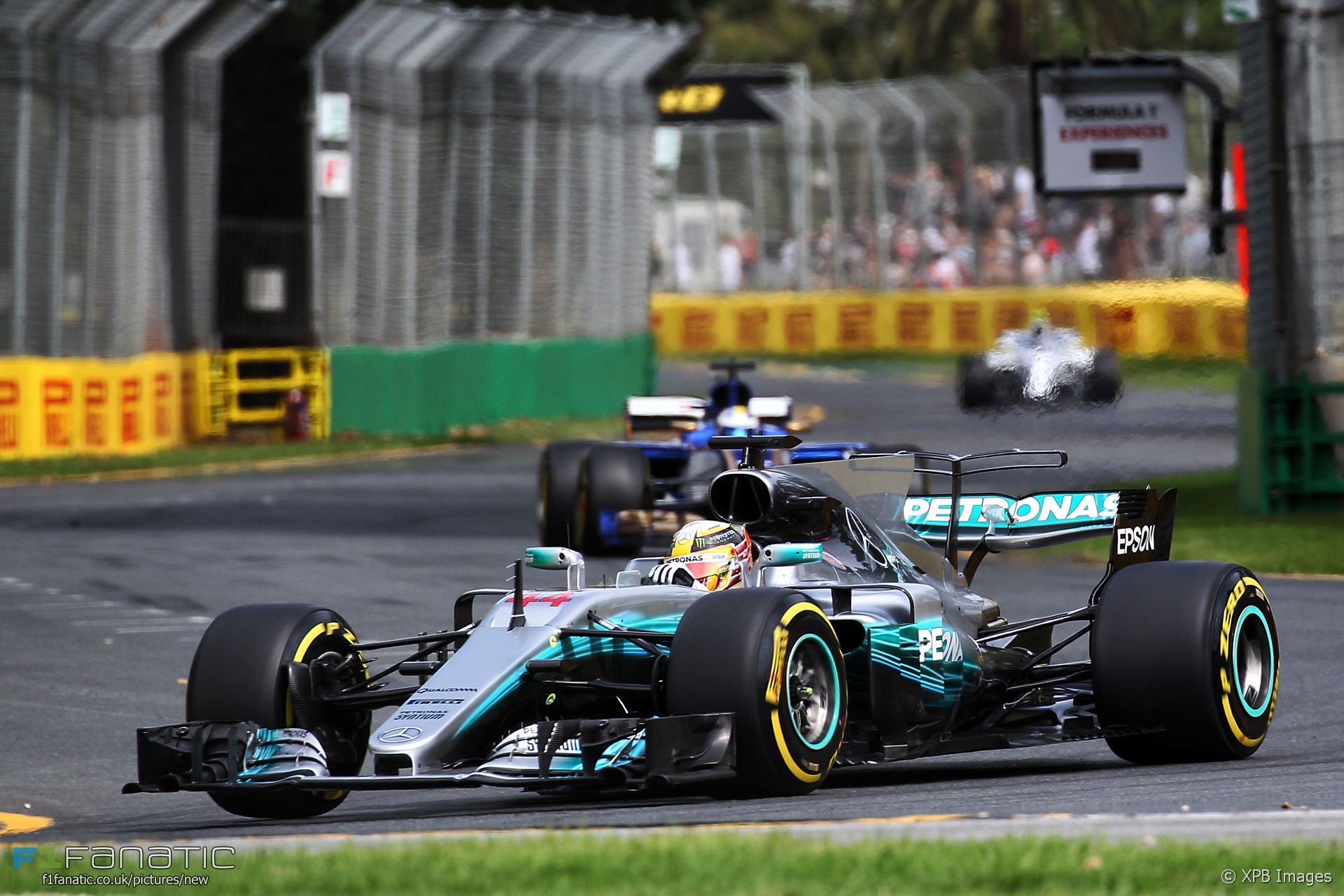 The Mercedes driver lapped the Albert Park circuit in 1’22.188 which was 1.649 seconds faster than last year’s pole position time and 1.341 seconds inside the previous track record, set six years ago.

However Hamilton admitted to being underwhelmed by the reduction in lap time.

“Of course we thought it would be more than that,” he said. “I’m not really sure why it’s so close.”

“Yeah, it’s the track, it was cool today. I’m sure during the year it’s going to ramp up much quicker; development with this car – being that it’s a new car – development is going to be at a much faster rate than last year.”

F1 set a target of reducing lap times by five seconds based on the pole position time at the 2015 Spanish Grand Prix. During testing Ferrari lapped the track six seconds faster than that benchmark.

Several drivers have made minor errors during the weekend so far and three of them – Daniel Ricciardo, Lance Stroll and Jolyon Palmer – have hit the wall. Hamilton said this wasn’t necessarily a reflection of how hard the new cars are to drive.

“Our job is to put the car where it is most uncomfortable,” he said. “We’re not there to make it sit on rails so we’ve got to take it over the edge or just hold it on the edge of that cliff through the whole lap and that’s the fun of what we do.”