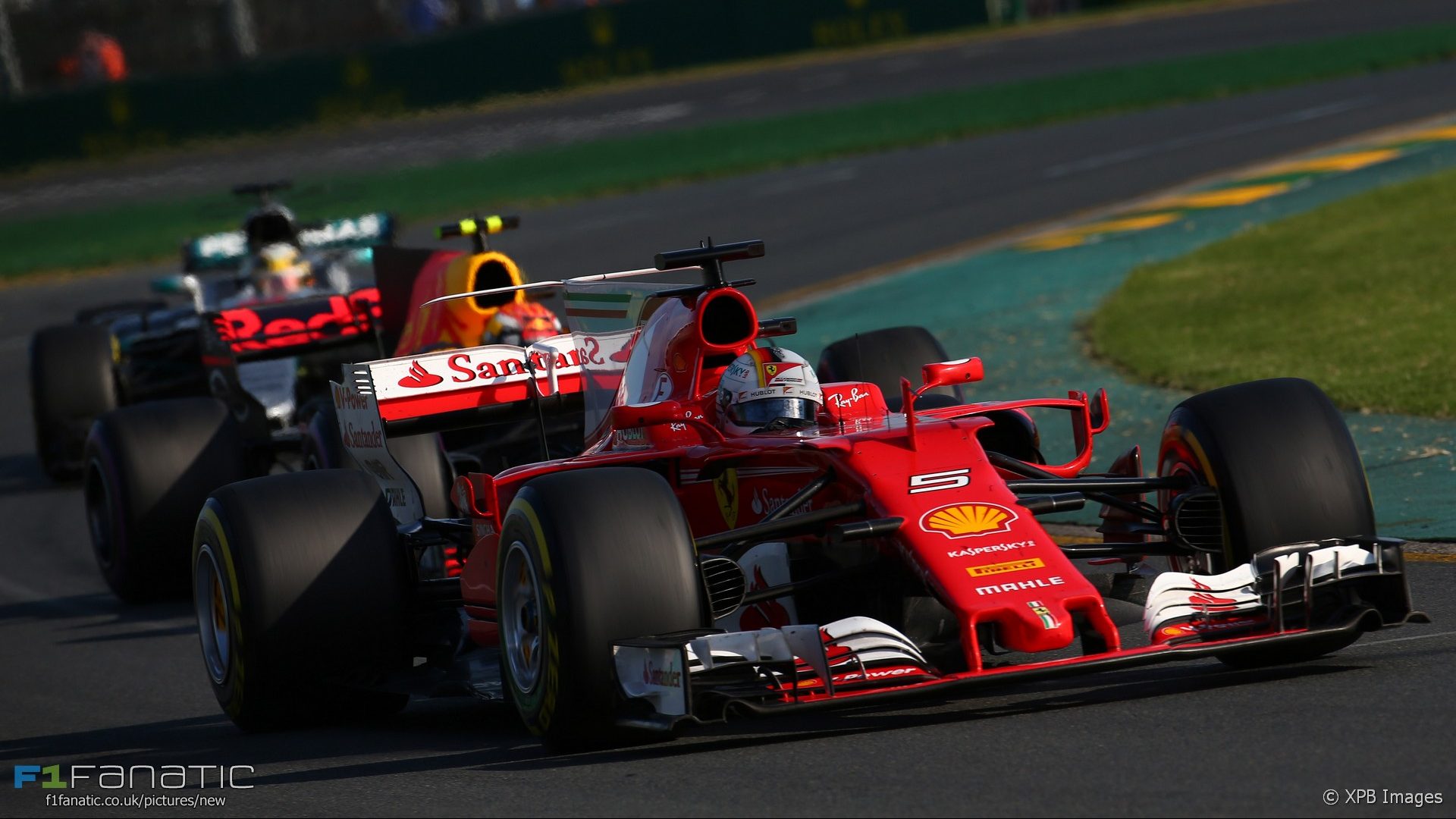 Sebastian Vettel revealed the strategy which won him the Australian Grand Prix was almost ruined when he got stuck in traffic.

Vettel inherited the lead from Lewis Hamilton when the Mercedes driver made his first pit stop earlier than planned. The Ferrari driver then stayed out for six laps as Hamilton began to lose time behind Max Verstappen.

However Vettel almost missed his chance to pit and come out ahead of Hamilton as he caught the Williams of Lance Stroll which was at the rear of a four-car train.

“I lost a lot of time on the in-lap because I had a lapped car, I think it was a Williams,” said Vettel. “I lost about a second so I was a bit angry, but that’s how it goes sometimes.”

Vettel made his pit stop and emerged with a slight lead over Verstappen and Hamilton.

“It was just enough and I had Max right behind me and Lewis as well, so that was quite tight.”

“Turn one was a bit slippery, but I managed to get a decent exit and a decent run down to turn three. I just held the inside.”

Vettel said he was wary of Verstappen springing an attack.

“I knew that Max would probably try something but I just kept in front,” he said. “That was obviously crucial for our race.”

“I tried to push for as hard as I could for the one or two [laps] Max was still out because he was slower on the older tyres, to open a bit of a gap and control the race.”