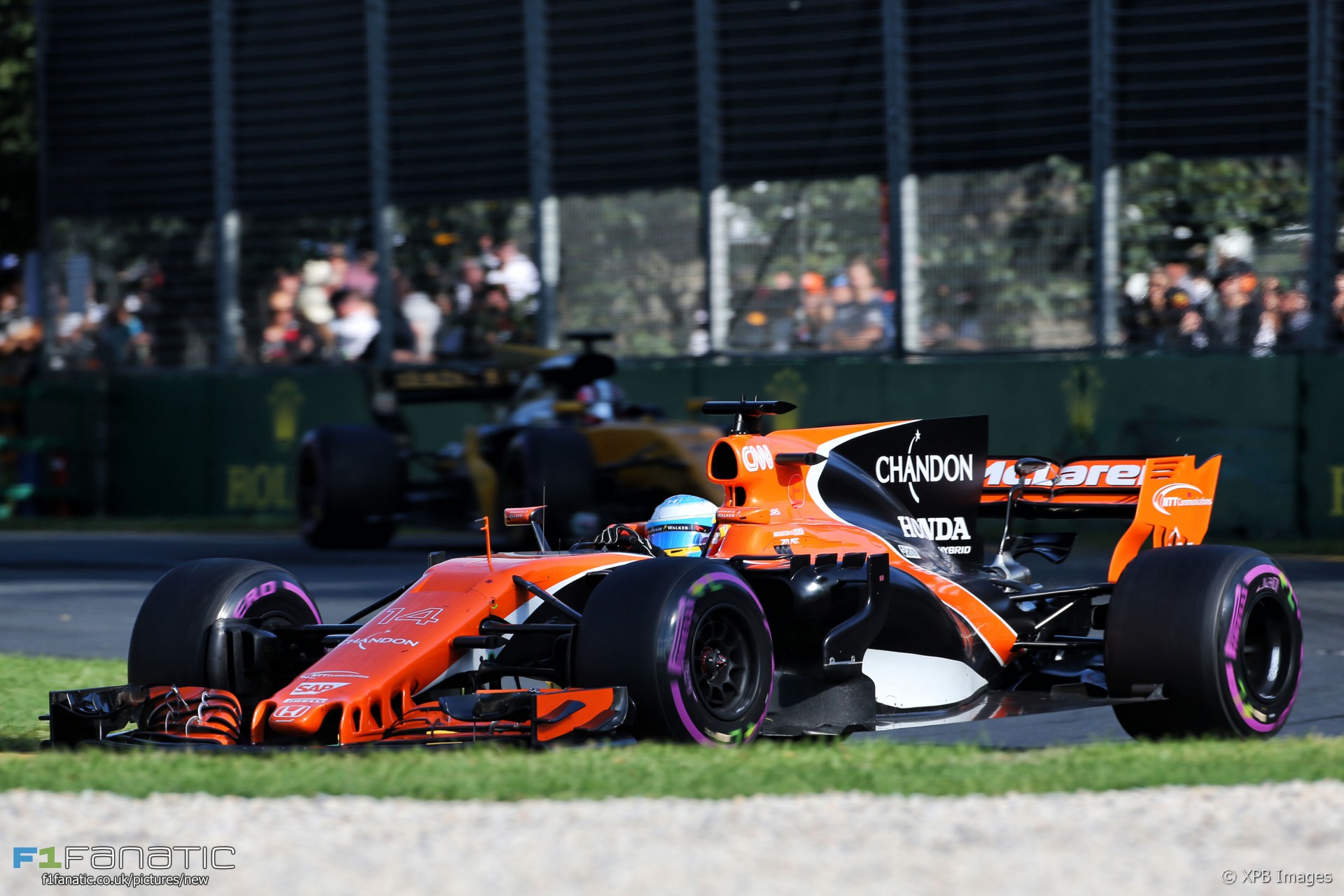 Fernando Alonso says McLaren are Formula One’s slowest team in normal conditions despite running inside the points places for much of the Australian Grand Prix.

Alonso slipped out of the points when Esteban Ocon took advantage of a problems with Alonso’s MCL32 to overtake him.

“We had suspension failure at the end, is what stopped us finishing the race,” Alonso confirmed.

He said he had been driving strongly up until that point.

“It was feeling good, I think I was driving one of my best races so far,” he said. “We were surprisingly in the points all the race long.”

“Also we had to do a huge fuel-saving that was hurting us a lot but we were able to keep the position so as I said it’s a surprise to be so up but at the end we didn’t finish and definitely we need to be more competitive very soon.”

Alonso stressed the team’s showing in Australia exaggerated how quick they are.

“I think we are last,” he said. “That’s the performance we are now.”

“We were tenth because the qualifying lap yesterday was extremely good. At the start I was lucky to gain one position and Grosjean retirement gave us the second one.”

“So I think in normal conditions on a normal circuit we should be last and before-last.”

82 comments on ““We are last”: Alonso says McLaren are F1’s slowest team”