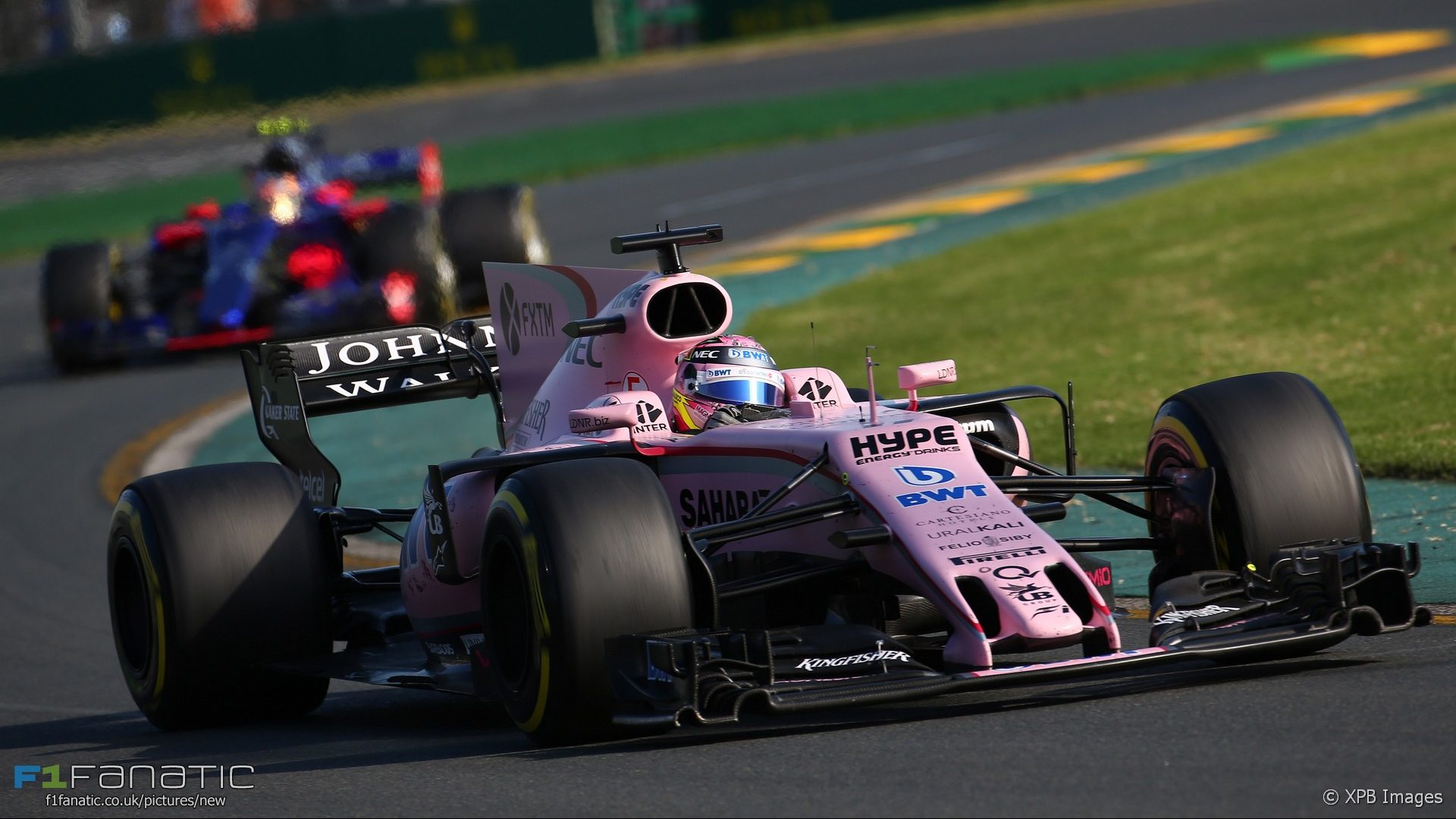 Sergio Perez says Force India punched above its weight in the first race of 2017.

Perez said his seventh place finish in Melbourne was “very satisfying” despite finishing behind the Williams of Felipe Massa, a team Force India beat in last years championship. He kept both Toro Rosso drivers behind him during the race.

“We beat some cars that had better pace because we made the right decisions with the strategy,” said Perez.

“Our performance in Melbourne showed that we have done a good job over the winter, but there are still areas where we need to improve. The upgrades we have coming during the next couple of races should help. It’s about improving the overall balance of the car.”

Perez said the rest was “my best ever start to a season with this team and I have a good feeling for the races to come”.

“In the last few years we’ve shown that we can develop the car well and that’s going to be especially important this year. We’ve already made a big step forward since pre-season testing.”

Having been one of few drivers to make a pass for position on the track during the race, Perez believes overtaking will be easier at tracks other than Albert Park.

“I enjoyed racing with these new cars. Yes, overtaking is not easy, especially with the shorter braking distances, but Melbourne has always been a difficult track for overtaking.”

“I was happy with my fitness, too. The cars are much more physical, but I felt strong after the race and I believe I’m in the best shape of my life.”