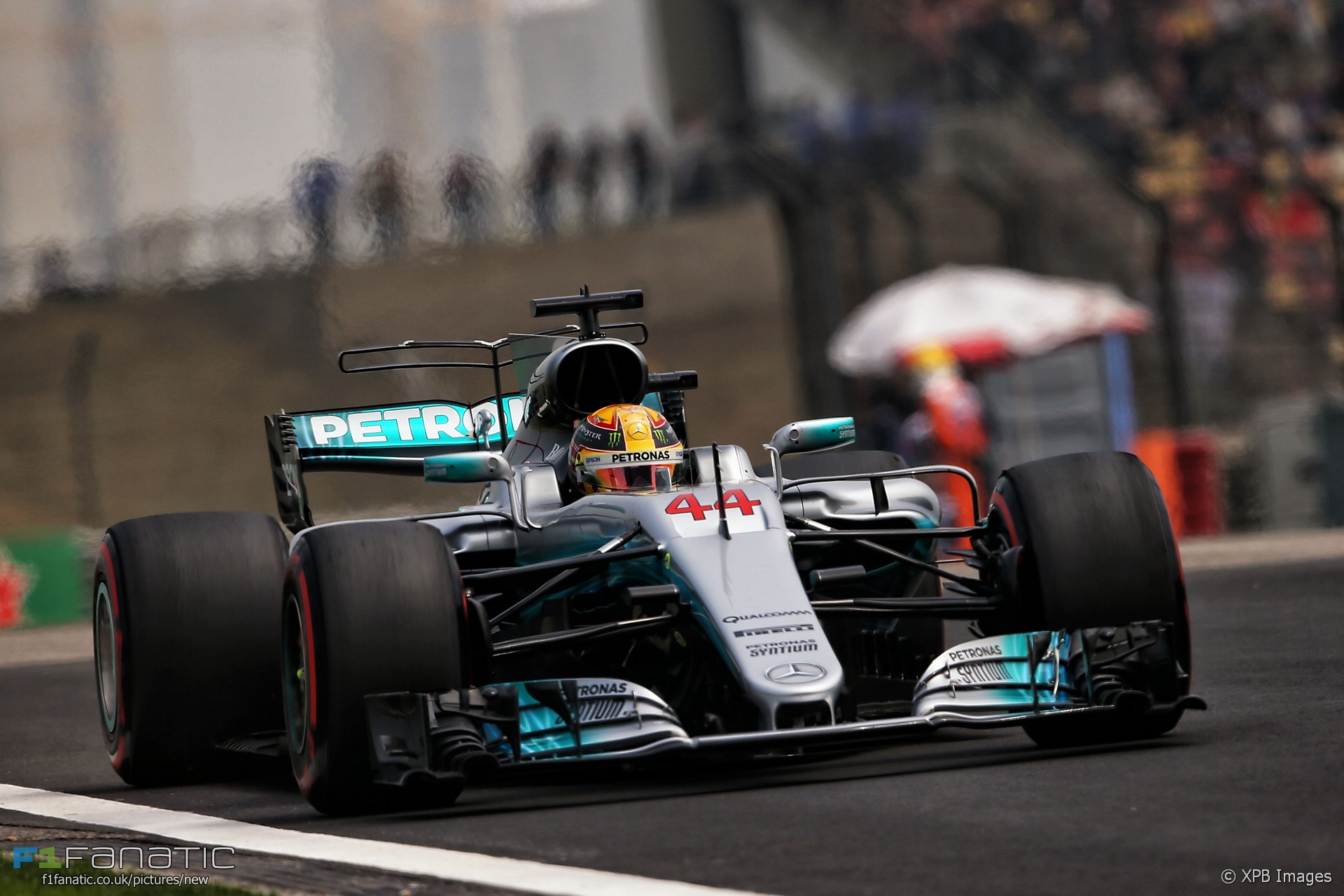 Ferrari led the way during the first two phases of qualifying but Lewis Hamilton hit back to take his sixth consecutive pole position.

Ferrari easily secured their places in Q2 without needing to use the super-soft tyres in the first part of qualifying. The Mercedes drivers joined them but Hamilton wasn’t able to beat Vettel’s pace despite using the super-soft tyres. He was unable to use DRS at the end of his lap after Romain Grosjean spun in front of him.

The Haas driver was one of several unexpected names in the drop zone as the final minutes ticked down. Another was Max Verstappen, who pitted with a suspected power unit software problem and was hurried back out for a final run. Unfortunately for the Red Bull driver the problem recurred and he was only able to take 19th.

Lance Stroll vaulted his Williams up to fifth place with his final run. That put Stoffel Vandoorne into the drop zone while his McLaren team mate Fernando Alonso, who said he drove his first lap “like an animal”, was comfortably quick enough to progress.

Sauber’s Antonio Giovinazzi was on course to reach Q2 as he began his final lap but lost time to his team mate through the first two sectors. At the final corner he lost the car too, thumping the barrier hard and bringing out the yellow flags.

This was a disaster for Grosjean, who was on course to improve his time and eliminate the Sauber. He backed off at the final turn and although he moved up the order it was only as far as 17th. Esteban Ocon was another driver potentially on course to reach Q2 whose final run was scuppered by Giovinazzi’s crash.

Giovinazzi’s error inadvertently secured himself a place in Q2 but his damaged Sauber was unable to take part, meaning just 14 drivers continued in qualifying. Q2 started following a brief delay while the wrecked Sauber was cleared up.

Vettel headed the times initially in Q2 but Hamilton ran him close – very close. The pair were separated by just 15 thousandths of a second after their first runs. Their team mates were within touching distance too, the trio covered by two tenths of a second.

None of them needed to do another run but the Ferrari pair chose to go out again and the reward for Kimi Raikkonen was a record-breaking lap. He lowered his time to a 1’32.181, a tenth of a second inside Michael Schumacher’s standard from 13 years ago.

Alonso briefly had his McLaren up in 11th and it seemed a shock Q3 appearance could be on the cards. But he was knocked down to 13th by improvement from his rivals late on. They included Daniil Kvyat, who beat his team mate into the final ten.

Raikkonen only held the record lap of Shanghai for a few minutes. With his first run in Q1, Hamilton ended Ferrari’s monopoly of the top spot with the first sub-1’32 lap of the track. A scruffy moment of oversteer indicated he had room for improvement. Raikkonen certainly did – he failed to replicate his Q2 effort at first.

Vettel got closest to Hamilton on their first runs, setting up an enticing showdown for pole position. Hamilton looked confident, however, hitting the track ahead of his nearest rivals. He immediately reeled off a 1’31.678, lowering the course record further to a mark no one else could approach.

A Mercedes one-two looked on the cards when Bottas got within 0.187s of his team mate. But Vettel replicated his Australia feat of separating the Mercedes drivers, albeit by the tiny margin of one thousandth of a second over Bottas. Raikkonen did beat his Q2 time with his second run but a 1’31.140 left him fourth again.

Ricciardo took fifth ahead of Felipe Massa, who displaced Nico Hulkenberg’s Renault with his final run by less than a tenth of a second. Team mate Stroll was seven-tenths slower and propped up the top ten table behind Perez and Kvyat.

The leaders’ assault on the track record left it almost seven-tenths of a second lower than it had been when the day began despite the time lost due to the weather conditions yesterday. With rain forecast to return tomorrow the race promises to serve up further intrigue.