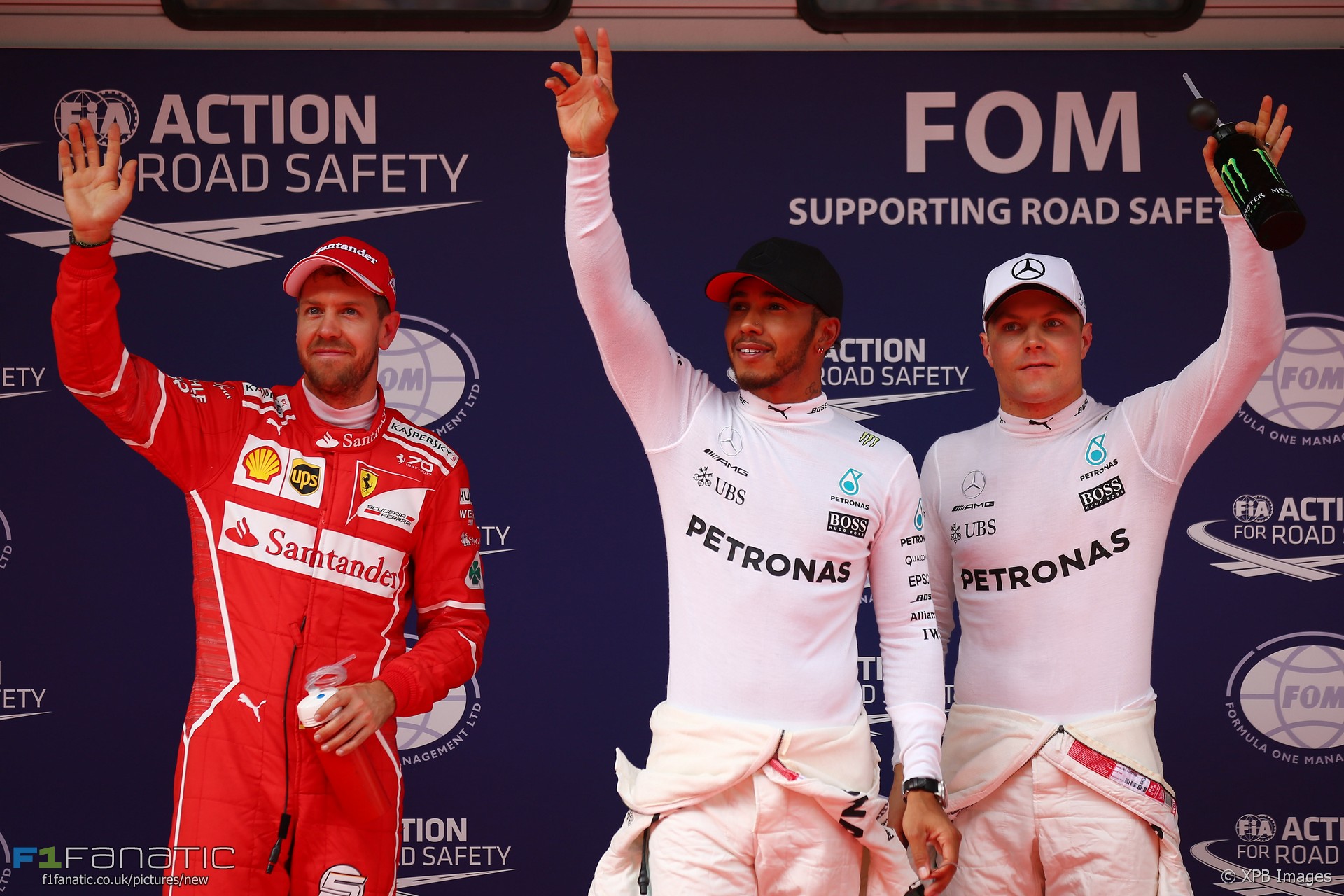 Ferrari will have “a very strong car” in the Chinese Grand Prix warned Lewis Hamilton after taking pole position for the race.

Mercedes were out-paced by their rivals in final practice and the first two parts of qualifying in Shanghai. Following their defeat in Australia, Hamilton is concerned Ferrari may be quicker over a race distance, some Sebastian Vettel also alluded to earlier this week.

“I think the Ferraris are going to have a very strong car,” said Hamilton. “Particularly a step up more in the race pace and how they treat the tyres, particularly when it’s warm.”

Hamilton says Mercedes have “worked hard to understand our car a little bit better” since the first race. “I think whatever the case it’s going to be extremely close between us. That bodes well for one of the most exciting days to come for a long time.”

The high risk of rain could add a complicating factor to the race.

“Tomorrow is going to be an unusual day,” Hamilton predicted. “I heard it’s going to be wet, potentially, to start off the race.”

“I’ve not driven the wet tyre this season,” added Hamilton, who missed the pre-season wet weather tyre test at the Circuit de Catalunya. “So that’s going to be fun to experience the bigger car, wider tyres for the first time.”

“I did an out-lap yesterday on the ‘extreme’, it was a very slow lap so I’ve not actually experienced it. So tomorrow will be a new lesson for me if it is wet.”