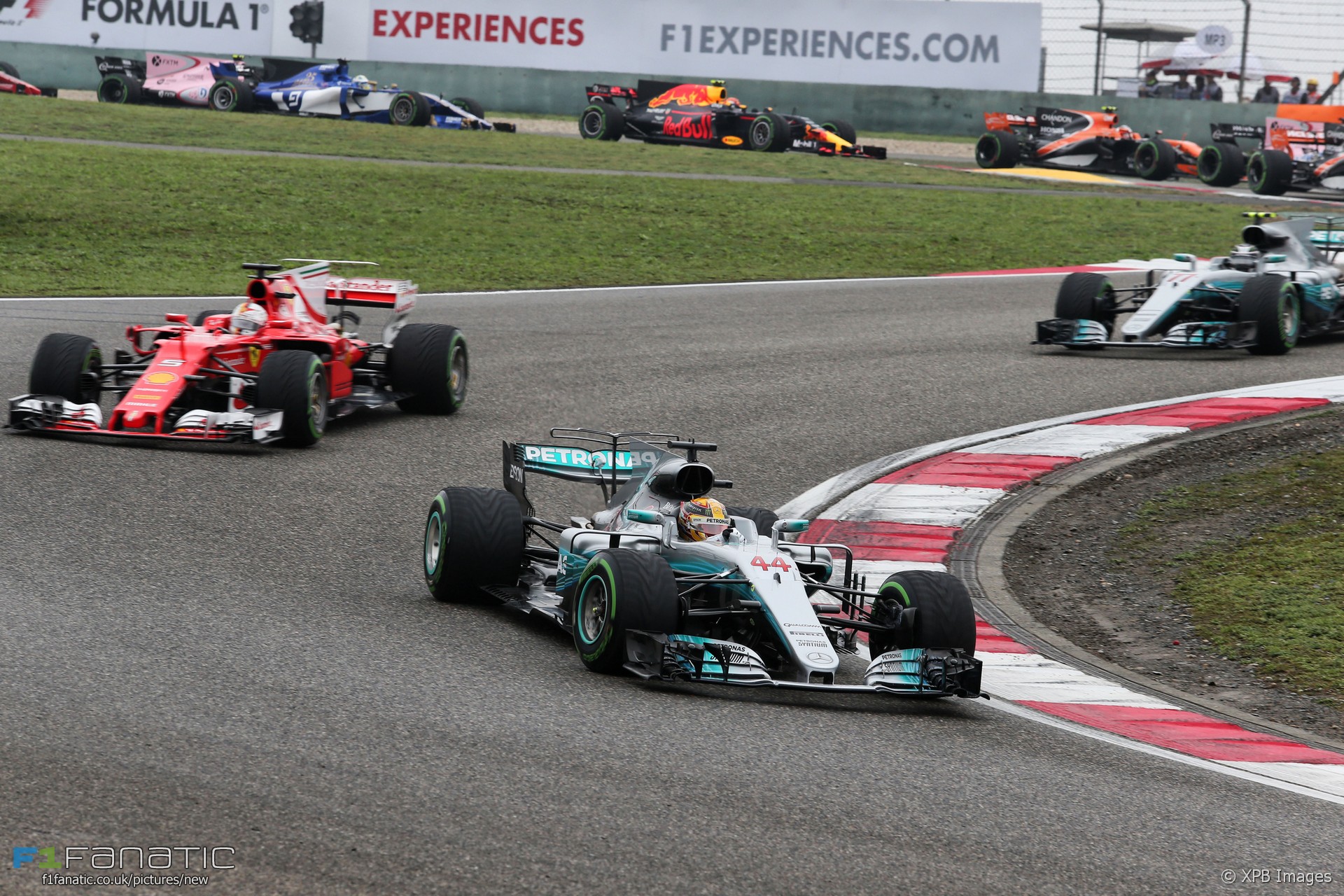 Lewis Hamilton won the Chinese Grand Prix thanks to a well-judged strategic call in a race which started on a wet track.

Hamilton held the lead from the start and avoided the temptation to make an early pit stop for slick tyres during a Virtual Safety Car period. It paid off a few laps later when as crash for Antonio Giovinazzi caused a full Safety Car deployment.

Most of Hamilton’s rivals including second-placed Sebastian Vettel pitted under the early VSC. That meant Hamilton’s later pit stop enabled him to keep the lead. Despite returning for a second visit to the pits later on, the Mercedes driver was never headed.

Vettel regained second place, passing his team mate and Daniel Ricciardo along the way. He picked up another place from Max Verstappen when the Red Bull driver ran wide at the hairpin. Verstappen had sensationally leapt ninth places to seventh on the first lap of the race.

Verstappen held Ricciardo off for third ahead of Raikkonen. Valtteri Bottas took sixth after slipping up during the Safety Car period.

A bold gamble by Carlos Sainz Jnr – he was the only driver to start the race on slick tyres – was rewarded with seventh place. He was passed by Raikkonen and Bottas in the closing stages but unable to defend.

Kevin Magnussen took eighth place for Haas ahead of the two Force India drivers. Sergio Perez make a late extra pit stop but was unable to take advantage of his fresher tyres to gain any further places.

Neither McLaren finished after further technical trouble for the Honda-powered cars. Fernando Alonso was running in the points when he dropped out.

Along with Giovinazzi, who crashed at the same corner where he wrecked his Sauber in qualifying, Lance Stroll failed to complete the first lap following contact with Sergio Perez. Daniil Kvyat was the only other retirement.

135 comments on “Hamilton hits back with victory at damp Shanghai”