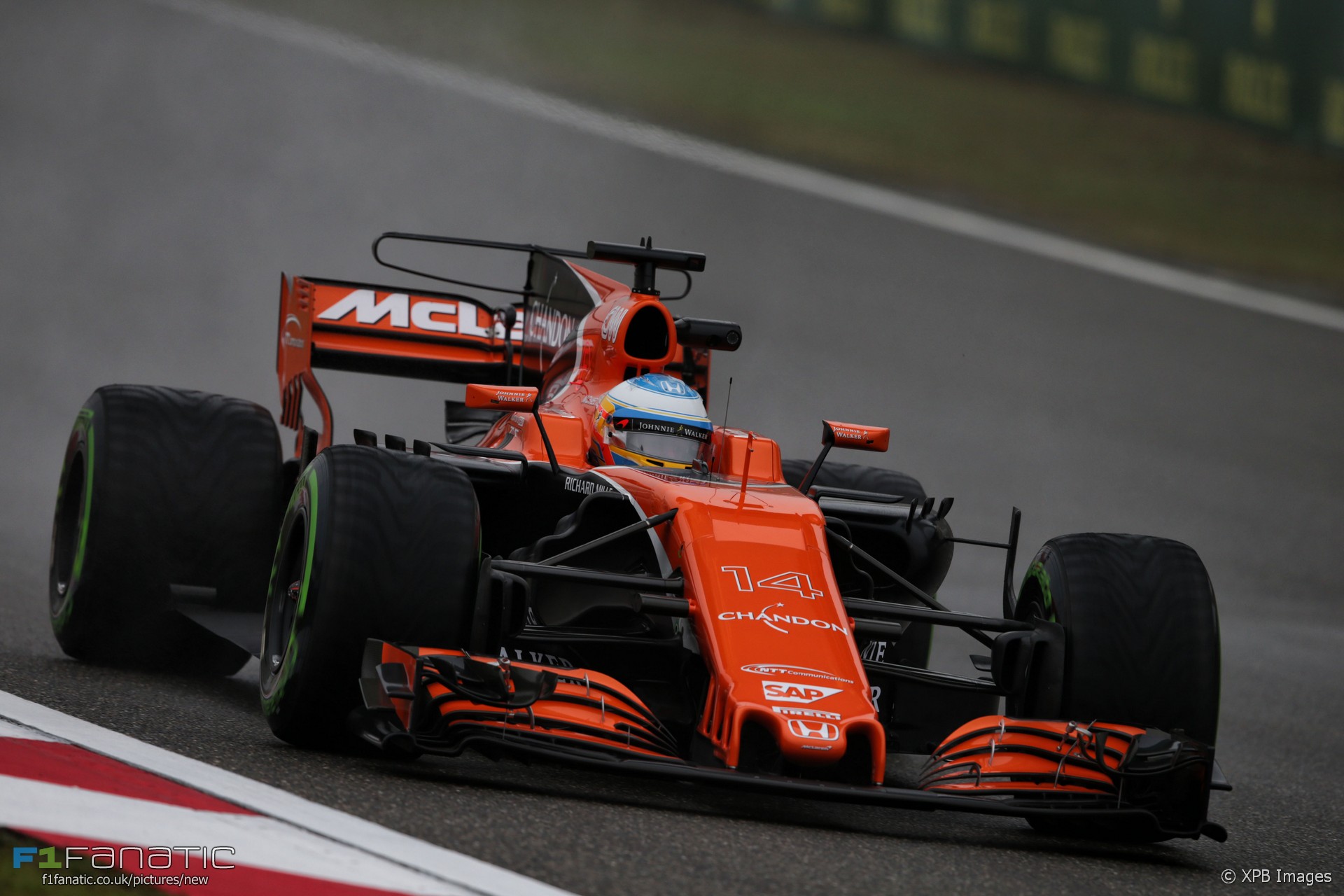 Fernando Alonso believes he has produced two of the best performances of his career in the opening races of 2017.

The McLaren driver described the Chinese Grand Prix as another highlight after spending much of the race in seventh position before dropping out with a technical problem.

“I don’t want to repeat myself after Australia but it was one of the best races I’ve ever done today, the first 30 laps,” he told the BBC.

In Melbourne Alonso said he had driven “one of my best races so far”.

Following today’s race Alonso predicted the team wouldn’t run as high again for the race of the season. “We were P6 after five laps and probably we will never repeat this race again,” he said.

Asked how difficult the wet conditions were in today’s race he replied “ask the others, they were spinning off.”

“They were very tricky,” Alonso added.

As the track dried Alonso was overtaken by Valtteri Bottas and Carlos Sainz Jnr, then retired with a suspected driveshaft failure.

“We started to lose a little bit of performance in dry conditions,” he said. “Nevertheless we should be proud of what we have done in the first ten laps of the race.”

“A lot of fun seeing people spinning off left and right so that was tricky.”

“But I think we are paying a high price of the lack of testing. So the reliability is not in place. We didn’t have a normal winter in Barcelona. Hopefully we can improve our situation as soon as possible.”