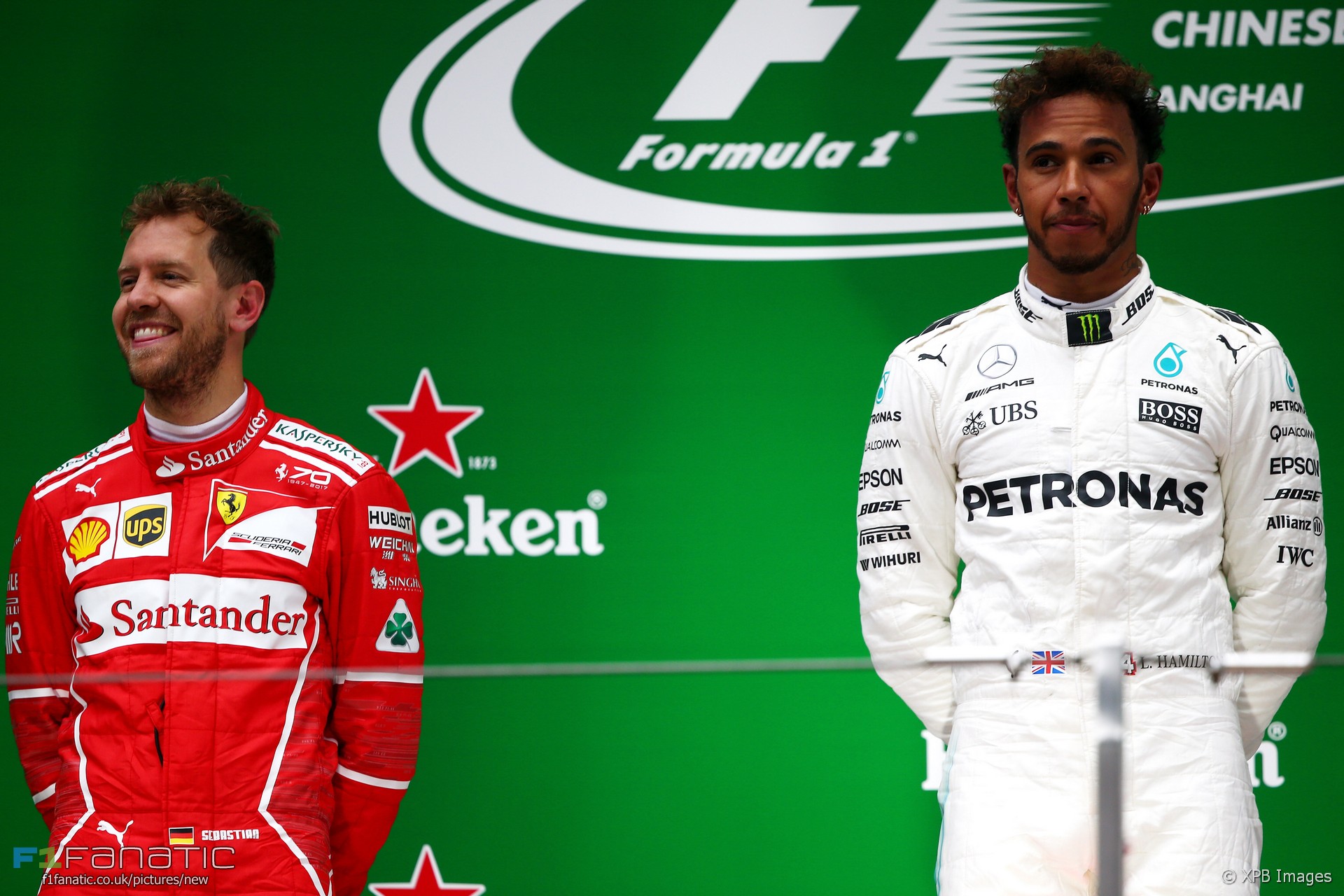 Lewis Hamilton expects Ferrari to be a stronger threat in this weekend’s Bahrain Grand Prix.

Hot conditions in Bahrain will play into Ferrari’s hands, according to the Chinese Grand Prix winner.

“Being that it’s often a warmer race, Ferrari is very good in hotter conditions,” said Hamilton.

Shanghai saw very low track temperatures of less than 15C on race day. “These were quite good conditions with our car,” said Hamilton.

“When it steps up in temperature, so far in the first race it’s been shown as not the greatest for us just yet, so we’re just learning on the tyres.”

Hamilton believes his car’s performance in warmer conditions will “definitely be better than it was in Melbourne”, where Sebastian Vettel’s Ferrari outraced him to victory.

“I think they will be very very quick in the next race but there’s a lot of straights there as well and we’ve obviously got, I think, still the strongest power unit on the grid, so I think that will come into play, for sure.”

Vettel said he “doesn’t know what to expect” from this weekend’s race.

“I think if we can challenge Mercedes again, that’s very good news. They are very very strong. They have had a very very strong run the last couple of years. This year as well, so a good package.”

“If we can be close it’s good. I think we need to look after ourselves. I think there’s stuff that we can do better, must do better, can improve so I’m happy to get a surprise, but expectation I don’t really have.”