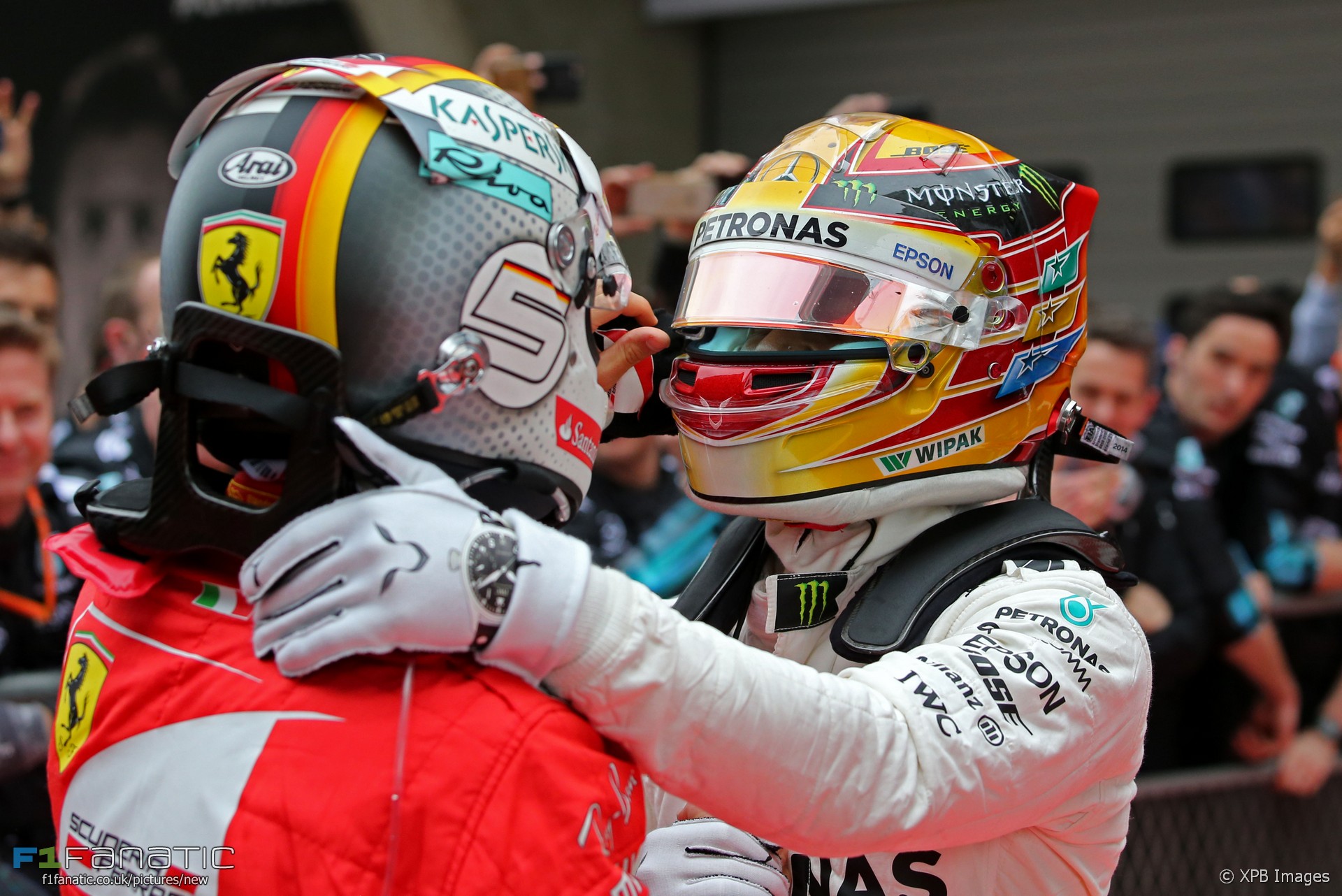 In the round-up: Lewis Hamilton says he hopes no mechanical problems influence the championship fight this year.

"It (the title battle) is going to go right down to the end of the season, and I hope there's nothing mechanical that will come in between our sheer battle through ability."

"You cannot appeal these decisions. They should know what they did. The data that Romain tweeted speaks for itself - I don't know if they look at all of this stuff."

"Whatever the ultimate rationale, and doubtless a complex combination of factors are at play here, it is impossible not to be thrilled at the chance to see Alonso take on the challenge of the Brickyard, and it is a bold decision from his team to allow him to do so – a new direction for them both and a shock that deserves not a little awe."

The problems Alonso will face at Indy (Motorsport magazine)

"The harder bit will be when conditions change and he has to adapt to them. At the Speedway it can be from the wind changing direction, a small rise in temperature or even humidity. You have to adapt to those changes in set-up and driving style."

Why do I have so many missed calls? 🤔

Can't help but think that if either Ecclestone or Dennis still held their former positions, we wouldn't have been treated to Alonso at Indy.

Direct your jealousy towards Louie:

Wow, did I ever pick the right year to knock “attend the Indy 500” off my bucket list.
Louie

Me too Louie. I’ve been to many IndyCar races, never the 500.

I’ve got two tickets to this years race. Never attended before. Amazing!
Don

The third round of the 1997 season, and the 600th world championship race, was held on this day 20 years ago. Look out for an article on the 1997 Argentinian Grand Prix coming up later today.

59 comments on “Hamilton hopes “nothing mechanical” affects fight with Vettel”