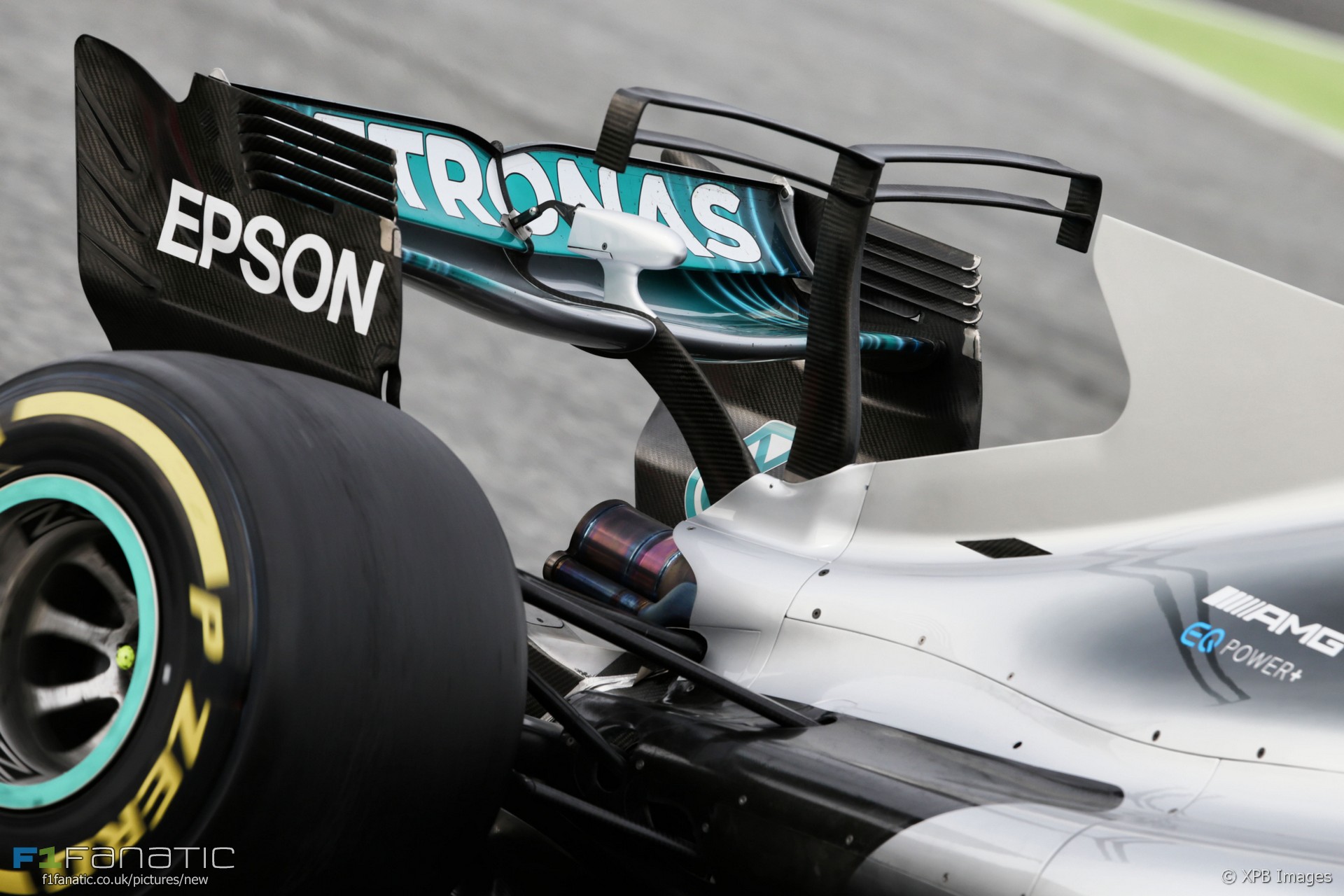 Max Verstappen’s Red Bull incurred £50,000-worth of damage when it ran over a T-wing which fell off another team’s car, according to Christian Horner.

The T-wing fell off the Mercedes of Valtteri Bottas during the second practice session. Verstappen admitted he was taken aback by how badly it damaged his car.

“It was unfortunate and to be honest I’m surprised how much damage it actually did to the floor,” said Verstappen. “The team did a great job to change it so quickly and check the car over before I went back out on track.”

According to Horner the broken part “did about £50,000-worth of damage.”

“So I think they should be banned under the grounds of safety and costs,” he added. “And that’s not just because we don’t have one.”

“It’s unfortunate, it’s one of those things, a bit of debris on the circuit which I think had come off Bottas’s car and Max was the unlucky victim that was the first car at speed to come across it. it did quite a bit of damage to the underside of the car.”

“The other side of the garage looks quite competitive and now we need to review which configuration was better from the two cars and then apply that for tomorrow,” he said.

“My aim in final practice will be to get as many laps in as possible to make up for the lost time today and then I will have a better idea of our target for the weekend.”

Mercedes’ technical director James Allison said the failure was unexpected. “It’s a surprise because we’ve done a huge number of kilometres without problems and then we’ve had two annoying hassles.”

“So I suspect it will be a small manufacturing defect and it’s something that we’ll need to reinforce, make sure it doesn’t happen again, come Saturday and Sunday.”