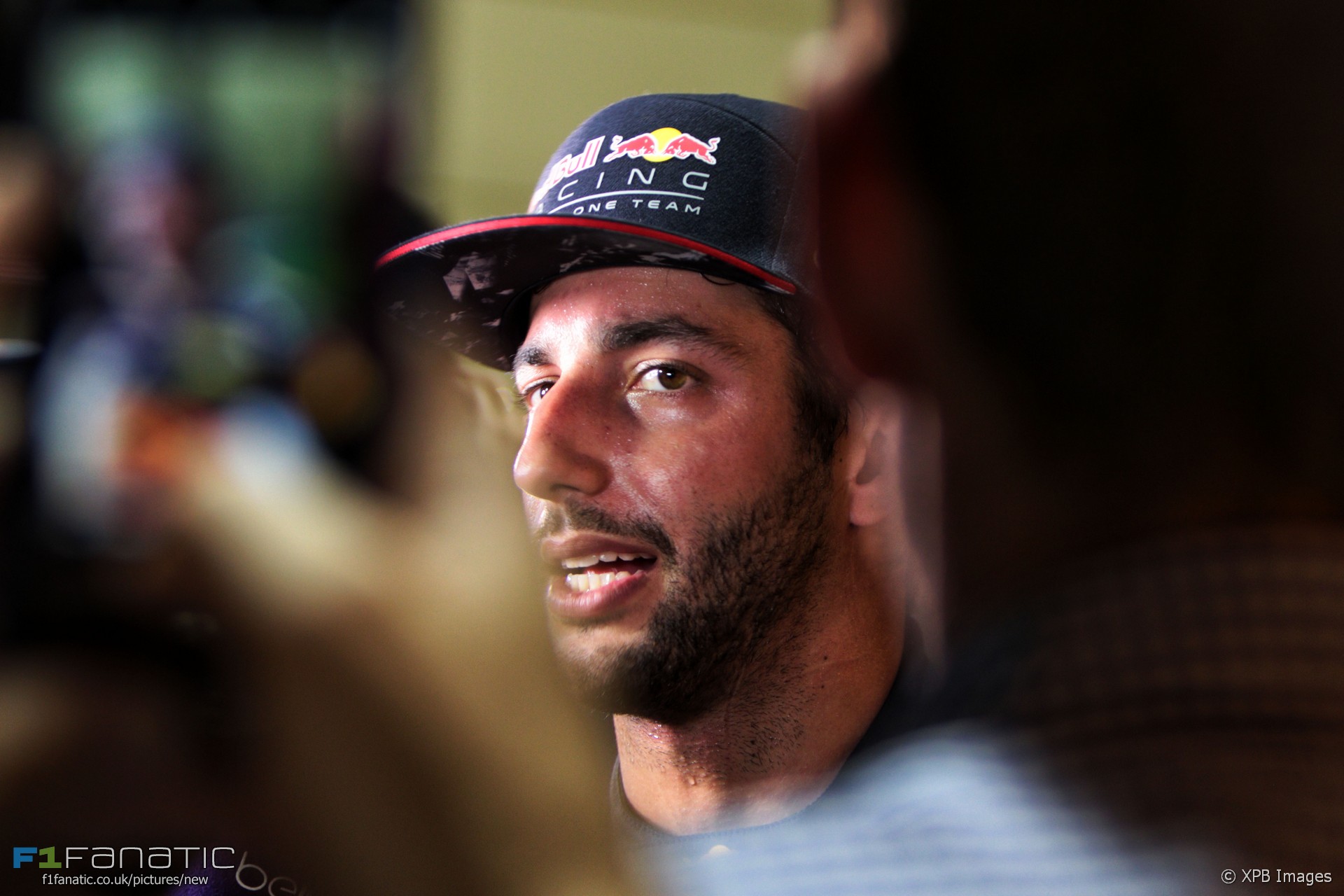 Daniel Ricciardo admitted Red Bull had hoped but not expected to beat one of the Ferraris in qualifying.

“It’s a bit of a surprise,” said Ricciardo, who had played down the team’s performance in practice yesterday when they lapped within a tenth of a second of Mercedes and Ferrari.

“We kind of thought if we put everything together there might be a chance of a second row,” said Ricciardo. “And yeah, we got it. I don’t know what Kimi’s lap was like but to jump a Ferrari is nice. It’s a good little bit of progress in one week.”

He predicted Red Bull will only be able to rival Mercedes and Ferrari in the race if they start poorly or run into trouble with their tyres.

“I think the others have still got a pretty big margin,” said Ricciardo.

“If they run into some tyre deg maybe we can have a bit of a go. Obviously at the start we’ll see but once the race settles they’ll still have a bit more pace.”

“I think it’s still up in the air with a one or a two-stop [strategy] race so maybe that will play into our hands.”

Ricciardo’s team mate Max Verstappen said he was held up by Felipe Massa’s Williams on his way to the sixth-fastest time. Nonetheless Red Bull have achieved their strongest qualifying performance of the season so far in Bahrain.

14 comments on “Beating Raikkonen “a bit of a surprise” – Ricciardo”