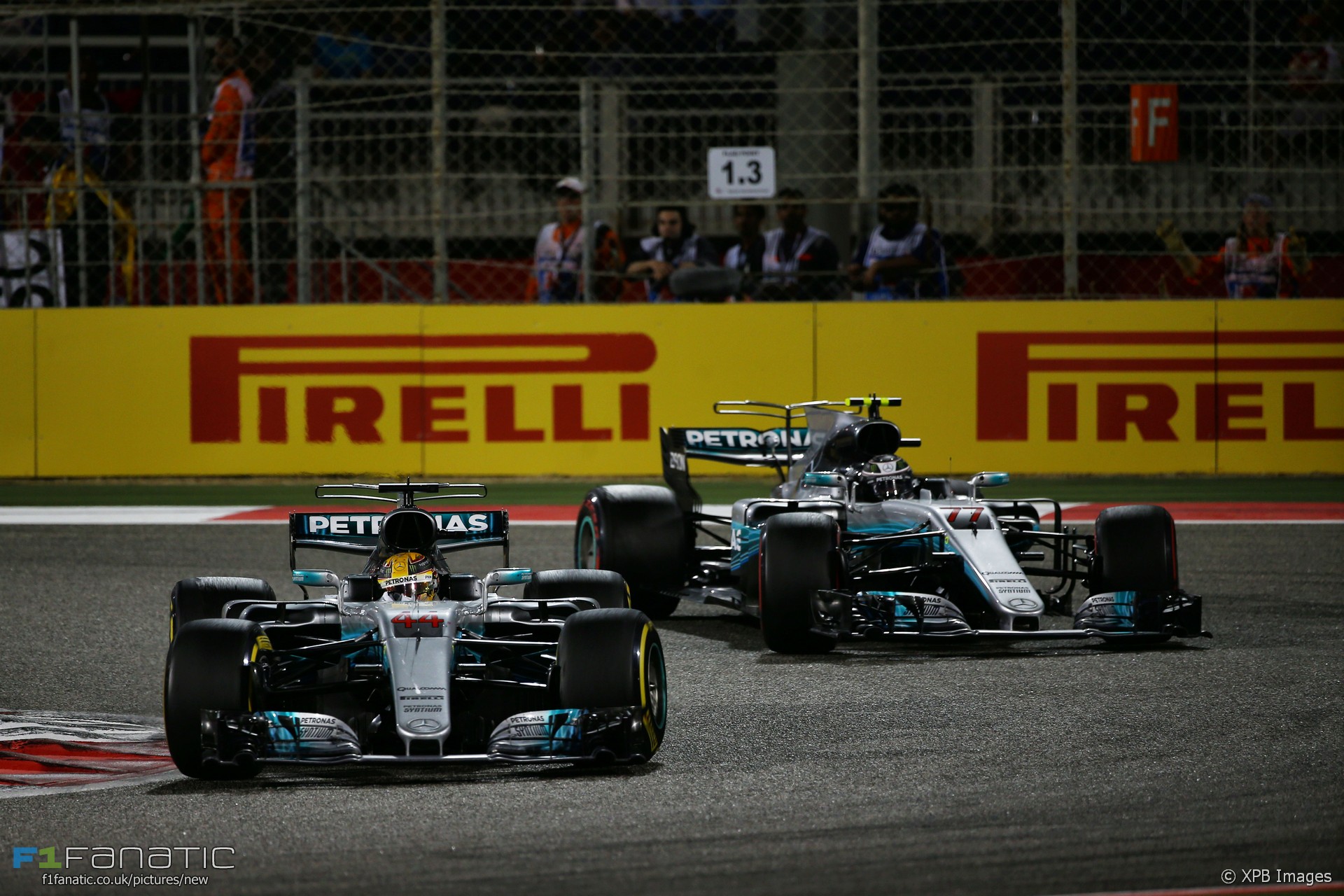 Valtteri Bottas said the order from Mercedes to let his team mate pass during the Bahrain Grand Prix was the worst thing a driver could hear.

Team radio messages indicated Bottas received at least three separate instructions to let Lewis Hamilton by at different points during the race. The first was rescinded, but he followed the other two.

The final time Bottas let Hamilton through was to let his delayed team mate chase after race leader Sebastian Vettel.

“Honestly as a racing driver it’s maybe the worst thing you want to hear,” said Bottas after the race. “That’s how it is.”

“But for sure I did it because there was potential Lewis could challenge Sebastian. In the end it didn’t happen but the team tried which I completely understand. Personally it is tough but that’s life. I didn’t have enough pace today. We need to find the reasons why that was.”

Bottas said he had incurable rear grip problems in his Mercedes. “It was a really tricky race for me, struggling with the pace all through the race.”

“I think the first stint we found a bit of an issue with the tyre pressures so that explained the rear end struggle. Every stint after that I was just rear-limited and I was out of the tools in the steering wheel. So it was just oversteering all through the race and that’s why the pace was so slow which is a real shame because the target for today was a lot higher.”

However having taken his first F1 pole position yesterday, Bottas believes this was his strongest performance so far for Mercedes.

“I think this was overall the best weekend for me with the team but there is much more to come.”

67 comments on “Bottas: Team orders “the worst thing to hear””