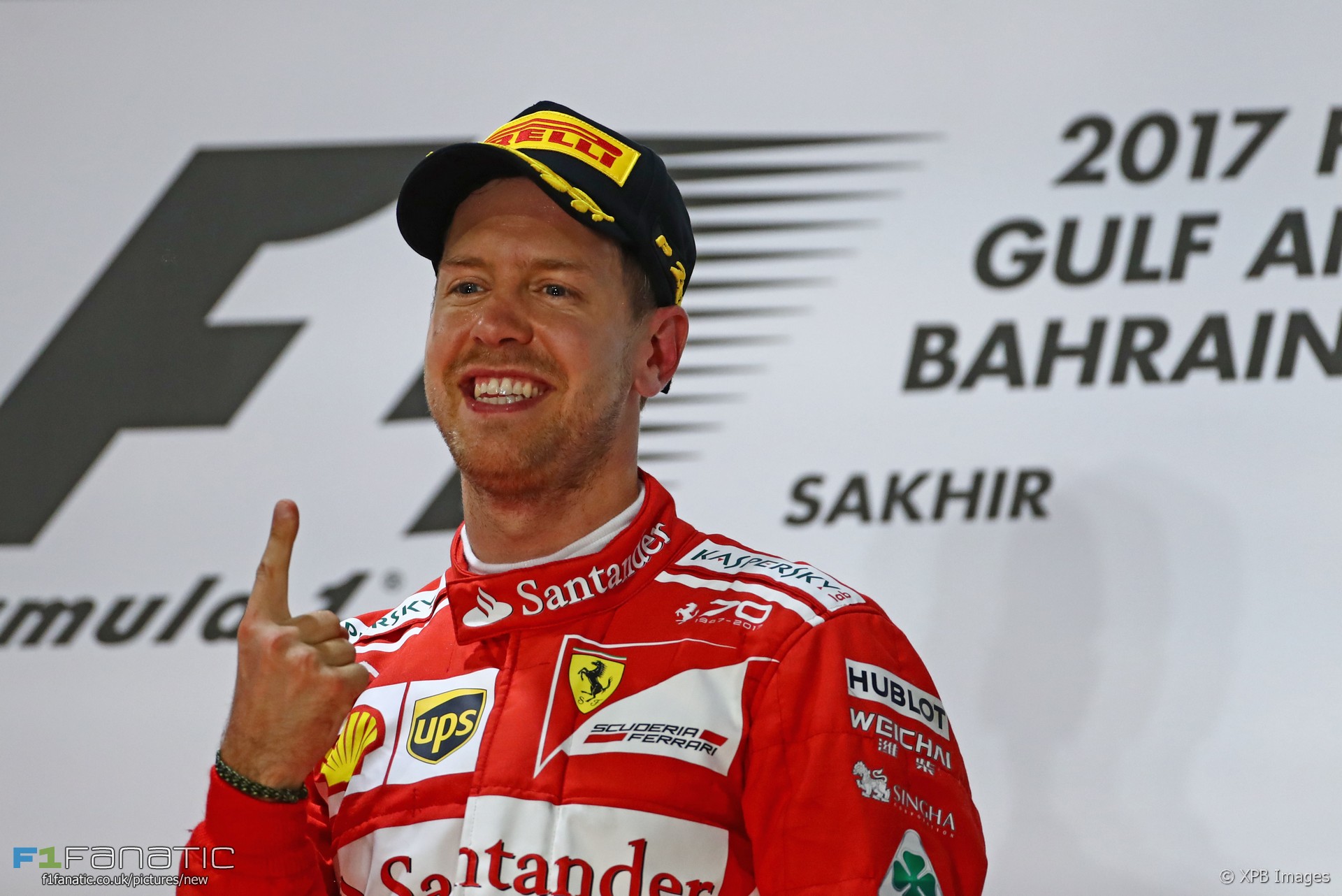 Sebastian Vettel took his second victory of the 2017 season in the Bahrain Grand Prix despite a late charge from Lewis Hamilton.

Vettel passed the Mercedes driver at the start to run second behind Valtteri Bottas. He then jumped to the head of the field by making an early pit stop to get out of a queue of traffic.

That played into his hands when a collision between Lance Stroll and Carlos Sainz Jnr caused a Safety Car period. The Mercedes drivers came into the pits together and Hamilton, the second of the two in the queue, collected a five-second penalty for slowing down too much and holding up Daniel Ricciardo.

Hamilton later returned to the lead which he then relinquished by making his final pit stop, during which he served his penalty. After returning to the track Bottas waved him past, for the second time in the race, and he went on a charge after Vettel. But five laps from home it became clear the Ferrari was too far ahead.

Bottas took the final podium place ahead of Kimi Raikkonen. Daniel Riccairdo was the only Red Bull driver to finish after Max Verstappen retired with a suspected brake problem.