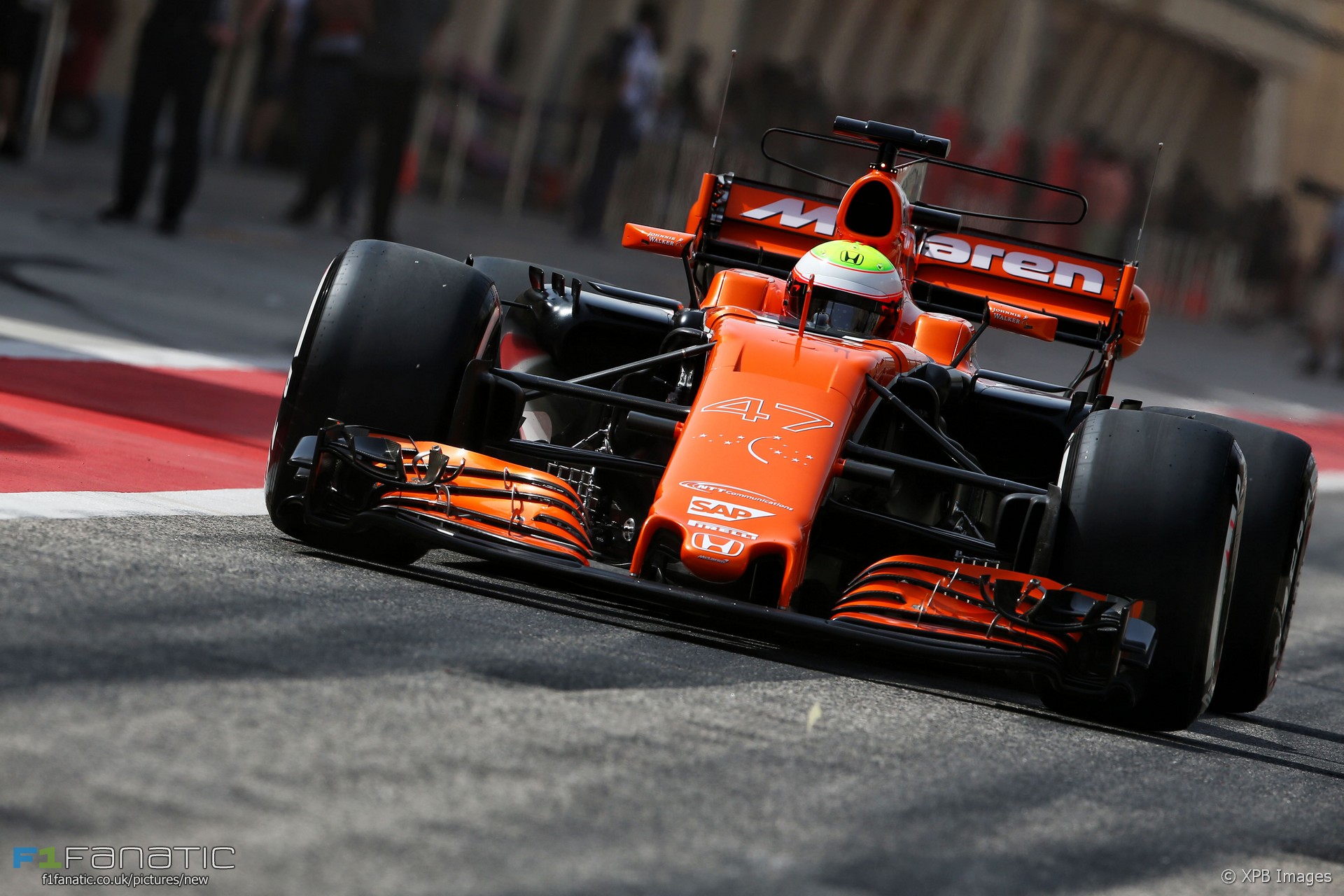 Lewis Hamilton set the quickest time on the first day of in-season testing at the Bahrain International Circuit.

Ferrari ran two cars in the test as Sebastian Vettel began Ferrari’s 2018 tyre testing programme. He will continue until 9pm this evening as technical problems limited his running earlier in the day.

The team’s other car was driven by Antonio Giovinazzi, who returned to action for the first time since his race for Sauber in China.

Toro Rosso used the opportunity to give Formula Two racer Sean Gelael his first run in an F1 car. However McLaren test drier Oliver Turvey’s running was limited as the team had to perform another power unit change on their car.

Daniel Ricciardo set the third-fastest time but his day was also cut short by a power unit problem. This prevented him from carrying out planned long runs.