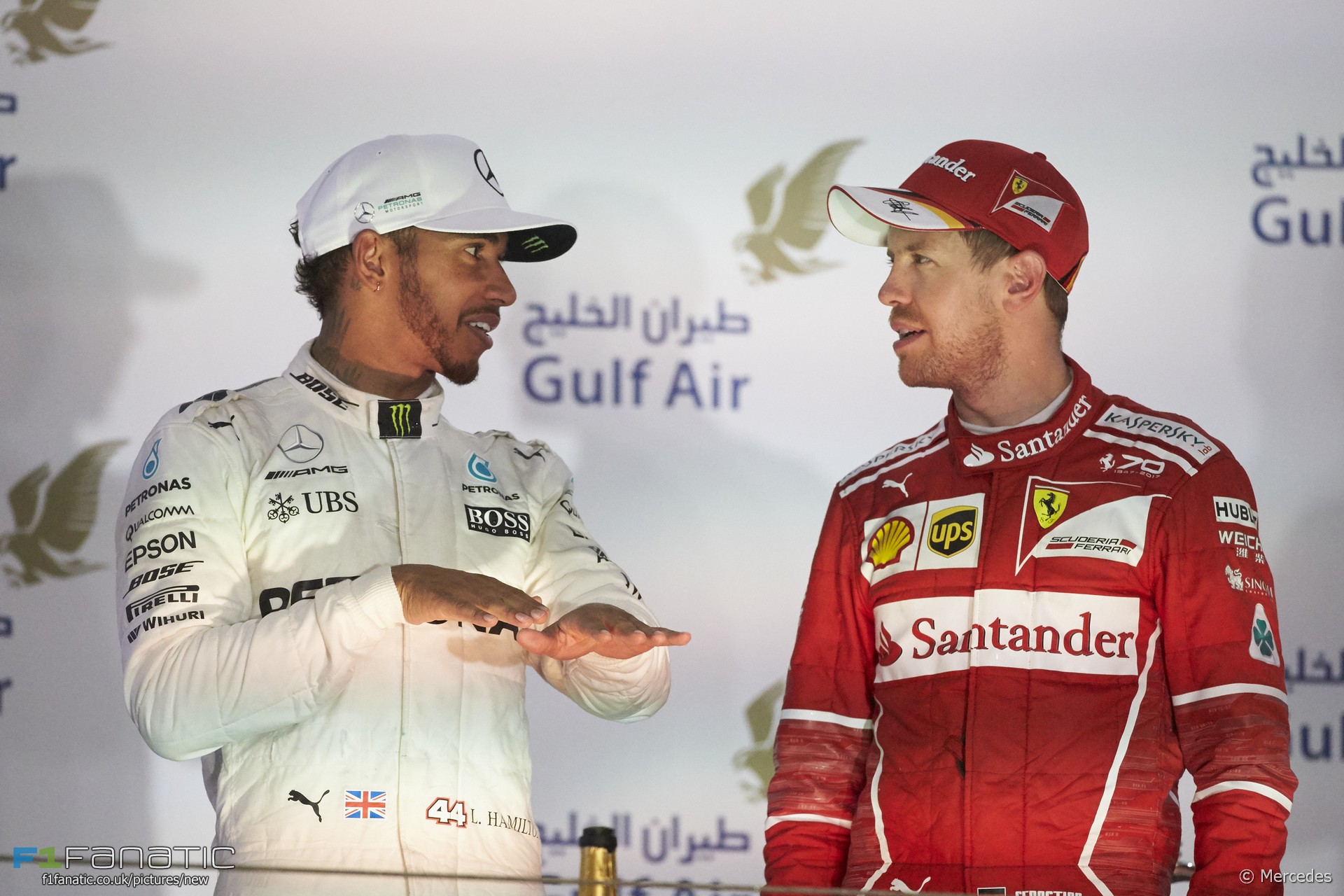 Three races in and the 2017 F1 season looks like being a two-horse race for the title.

Lewis Hamilton and Sebastian Vettel have filed the top two places on the podium at each of this year’s races so far. But what did they have to say to each other following last week’s grand prix?

That’s for you to decide in our latest caption competition. Post your funniest suggestion in the comments below.