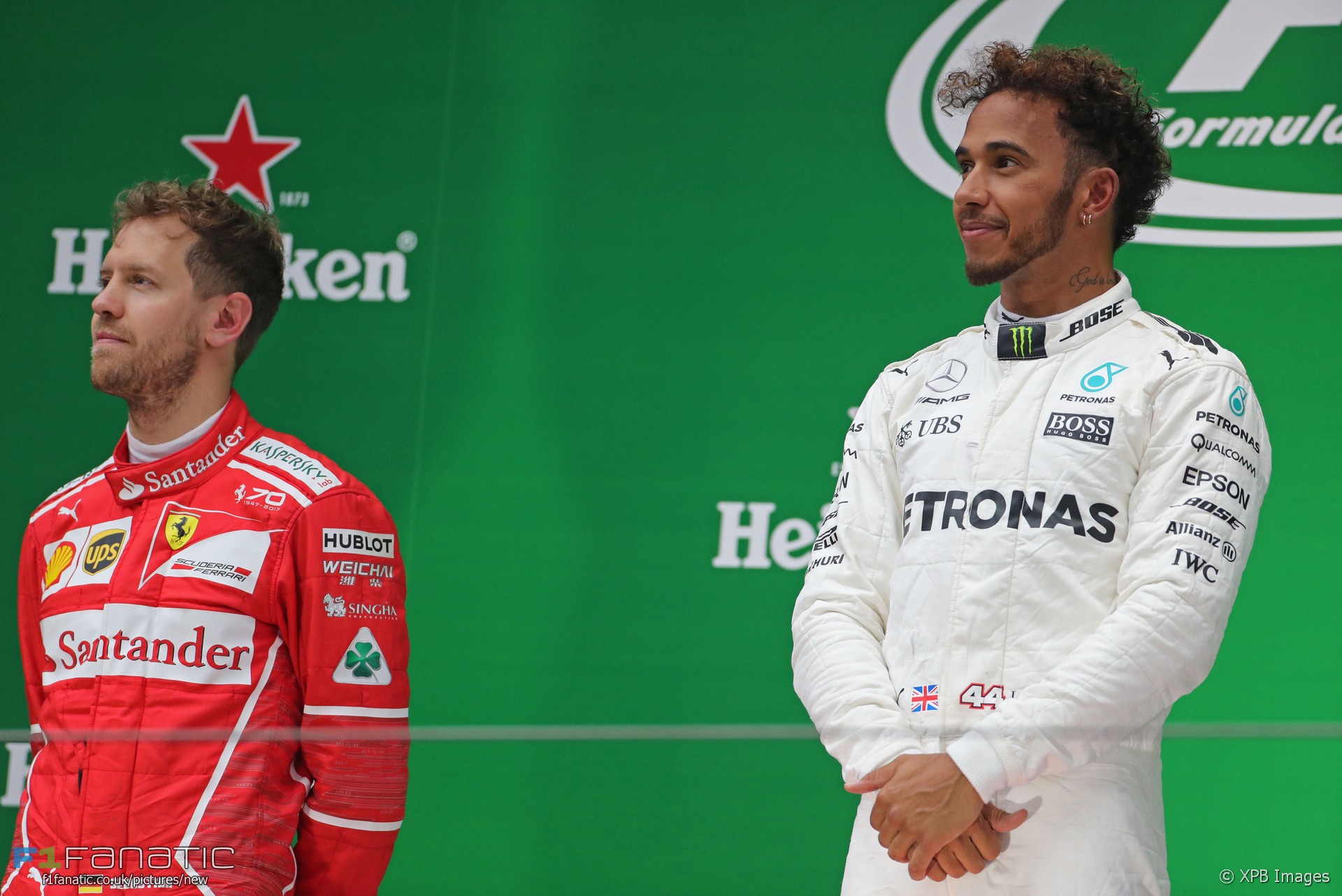 Sochi looks likely to be a ‘Mercedes track’. Will Lewis Hamilton and Sebastian Vettel be tied at the top of the points again on Sunday?

Tied at the top again?

While Ferrari were always a good tip for Bahrain, Sochi should be a Mercedes track. Temperatures will be on the lower side and the frequent acceleration zones will play to the strength of their engine, particularly in qualifying.

With one-stop strategies a likelihood for the race, Mercedes can lock out the front row and limit Ferrari’s opportunities to attack them.

Their record at this track is formidable, and a win for Lewis Hamilton this weekend could put him and Sebastian Vettel tied at the top of the drivers’ standings once more.

Last year’s Russian Grand Prix was not a good one for the home favourite. It probably represented the nadir of Daniil Kvyat’s career.

Two clumsy errors within seconds of the start compromised the race for three of the four Red Bull-run cars, and left a furious Vettel in the barriers. The ramifications didn’t stop there: Kvyat lost his place in Red Bull’s top team to Max Verstappen.

To his credit after a bruising 2016 Kvyat has showed good form for Toro Rosso over the opening races. A bit of circumspection on lap one this year wouldn’t be a bad idea, however.

Over the off-season Renault have gone from struggling to get out of Q1 to regularly featuring in Q3. The RS17 is clearly a substantial step forward over its predecessor.

However, as the team’s technical director Bob Bell recently explained, they are having trouble realising its full potential over a race stint. Nico Hulkenberg and Jolyon Palmer are yet to finish a race higher than they started.

A new front wing which was tested in Bahrain is among the attempted solutions they will try this weekend. They will also run Russian test driver Sergey Sirotkin again during first practice.

Much to McLaren’s surprise, Stoffel Vandoorne’s Honda power unit ran reliability throughout the final day of testing in Bahrain. It covered 81 laps, well more than a race distance, and the team were even able to chase performance a little, ending the day fourth-quickest.

Exactly why the car ran so well is something of a mystery, and one they are eager to replicate. But until they get to the bottom of exactly why 2017’s most troublesome car suddenly decided to behave itself, they may not be so easy.

After this weekend’s race Fernando Alonso will head back across the channel for his first IndyCar test ahead of his Indianapolis 500 debut.

Turn two – the first real corner at the Sochi Autodrom – has been the scene of lap one crashes in the last two Russian Grands Prix. Will it happen again this year?

There’s good cause to expect it will remain a trouble spot. Drivers have a long run to it from the start and arrive there with cold brakes. As overtaking has proved difficult at Sochi, the desire to grab extra places on the first lap is strong.

And the ample run-off at the exit of the corner has proved a scene of controversy as well. For this year new 50mm high speed bumps have been added at turn three to discourage drivers from cutting the corner.

What are you looking out for in the Russian Grand Prix? Who do you think will be the team to beat?