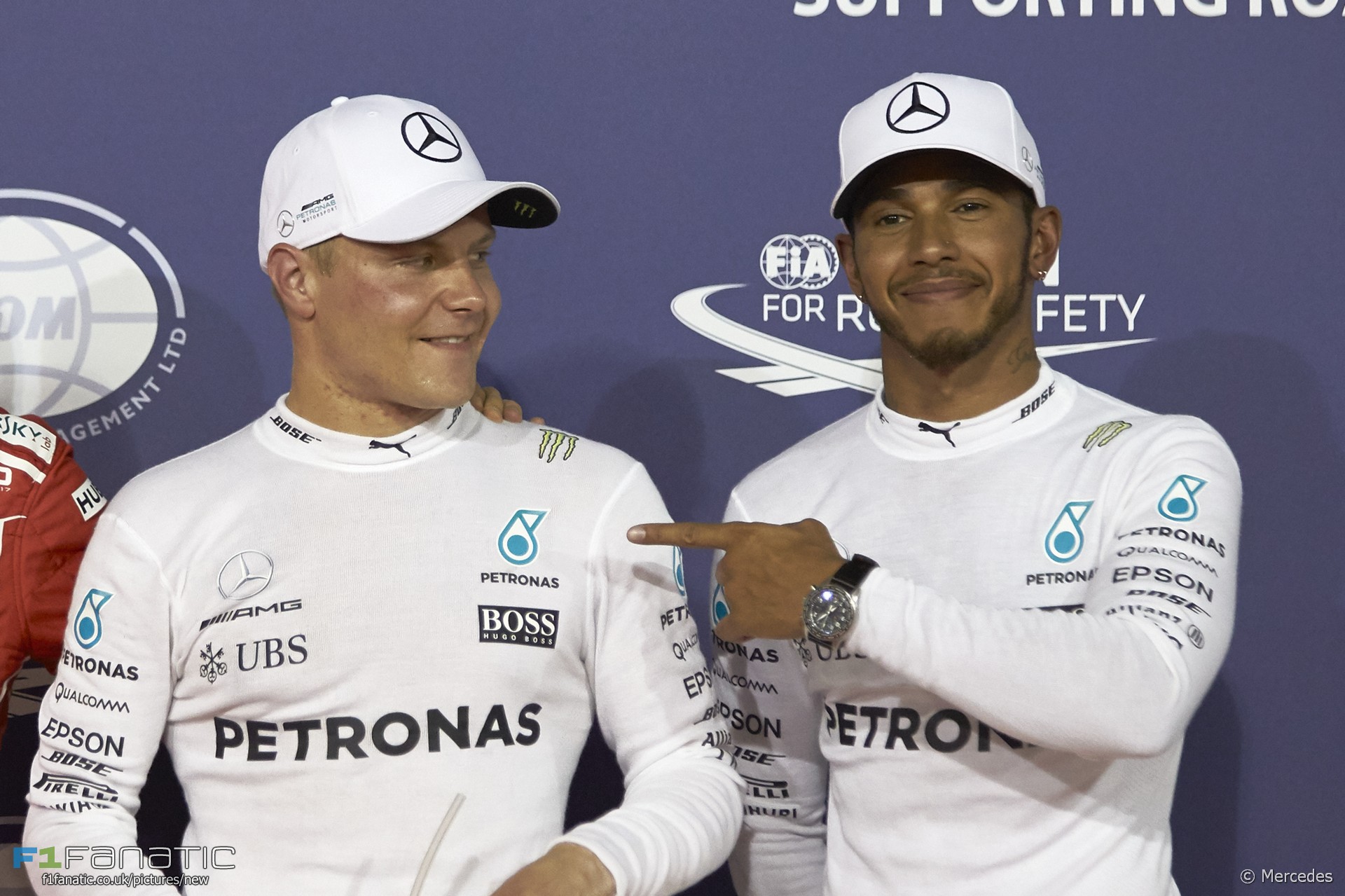 Bottas had to let Hamilton past twice during the last race. However he said there have been no discussions within the team about either driver adopting a fixed ‘number one’ role.

“No we have not had the conversation because I do not think there is any need to,” said Bottas in today’s FIA press conference.

“This team never really has had number one or two drivers and it’s not planning to. It’s always trying to give equal chance to both drivers.”

“But what is different this year is for the team the last few years the gap to the second-quickest team has been bigger. So maybe every single detail, letting the drivers race hard or one being stuck behind another at times, hasn’t cost us anything.”

“But I do understand the fact that this year it can cost points for any reason, like for me in Bahrain the pace of the car is not good then the team will need to think and be clever not to lose any points.”

Bottas said he will continue to obey such instructions when he is given them but said it is within his power to make sure that doesn’t become necessary,

“If I have some issues in this race or we are in different strategies or Lewis is stuck behind me or something, if the team tells me to move over I well because we are doing this as a team and our target is to get maximum points for the team.”

“Of course as a driver I’m going to do everything I can not to be in that position and have my own race. But I’ve always been a team player and in the long term that is going to reward me and the team.”