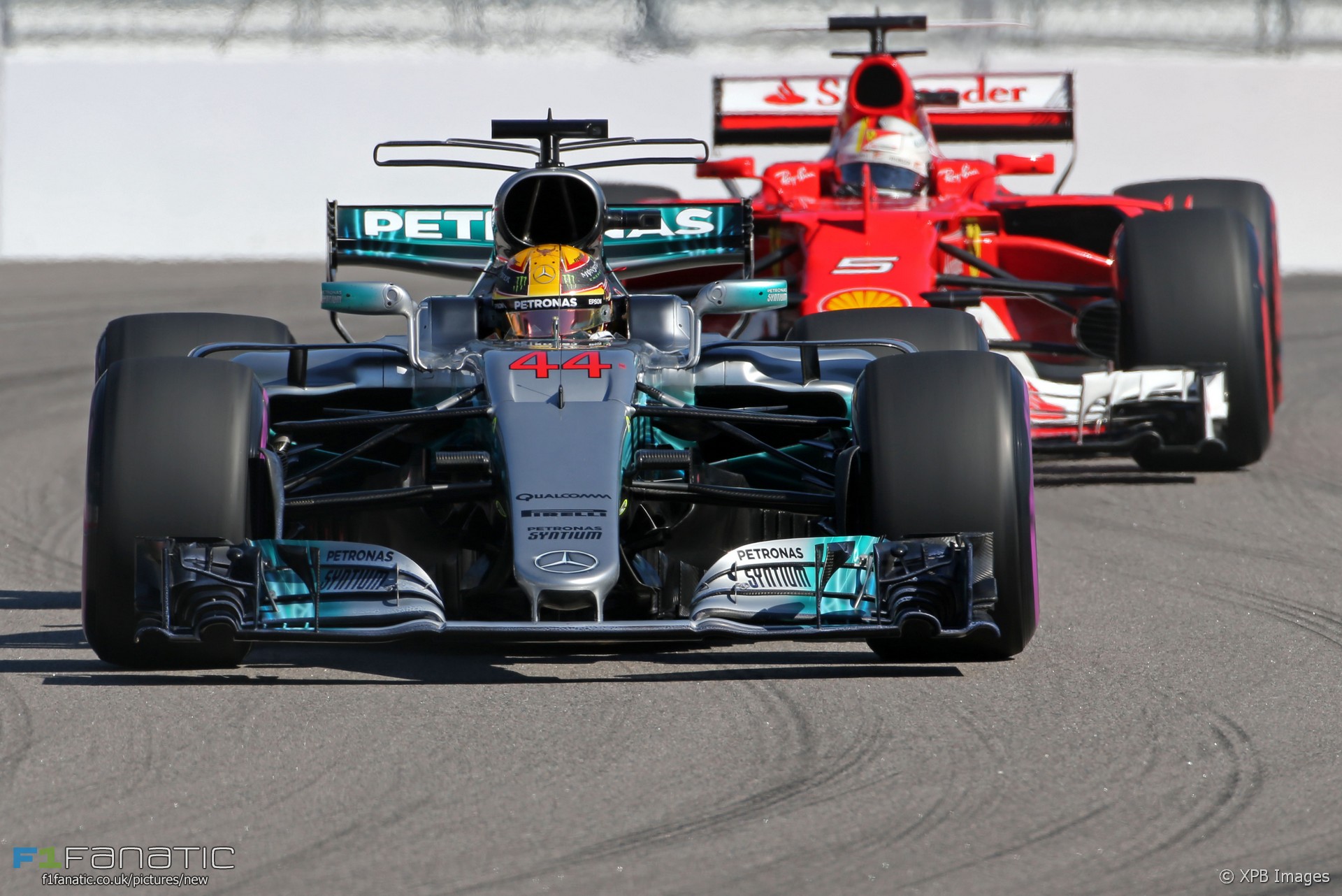 For the first time in eight years Ferrari have swept the front row of the grid for an F1 race.

The 2017 season is shaping up to be their best shot at championship silverware since that title-winning campaign nine years ago. But though they won the constructors’ championship that year, the drivers’ title is the one they really value, and to increase the chances of a Ferrari racer winning it they may need to sacrifice one of them.

Red Bull’s Christian Horner, whose team fought Ferrari for titles in 2010 and 2012, believes his rivals already have made that decision. He told the BBC yesterday Mercedes will have to follow suit.

“I think the problem is you’ve got a very clear number one, number two scenario at Ferrari,” said Horner. “I would think they’re just finding out what the scenario is at Mercedes.”

“It looks like Lewis is obviously the stronger of the two drivers. In a particularly tight battle it could be a disadvantage. We saw in the last race if they’d have moved quicker they’d perhaps have been able to challenge Ferrari harder.”

In Bahrain both Ferrari and Mercedes used team orders to prevent one of their drivers from holding up the other. Mercedes were clearly more hesitant to do so, however.

But while it was Lewis Hamilton who benefited from the call at the last race, he’s been shaded by Valtteri Bottas all weekend in Russia. Bottas looked quicker on the long runs yesterday as well.

While the qualifying showdown between Ferrari and Mercedes didn’t disappoint, the prospects of a close race are not as good. Ferrari’s long run pace has been their strong suit all season, so unless the Mercedes drivers get in between them at the start the red cars may just run and hide. They need only a single pit stop to go the distance, and the ultra-soft has performed so well it might not come until mid-race.

The first significant corner, turn two, has been a significant trouble spot on the first lap. Drivers have been warned, again, they must follow a designated route back onto the track if they go wide there, or risk receiving a penalty.

Is Vettel already thinking about what Lewis Hamilton did at turn one in Mexico last year? Committing to a run through the run-off area on lap one could be a clever way to shut down the last, best chance his rivals may have to keep him from victory.

Do you think Ferrari or Mercedes are already operating strict ‘number one’ roles, or is it too early in the season for tactics like this?

And who will come out on top in the battle to be best of the rest behind them? Share your views on the Russian Grand Prix in the comments.

34 comments on “Horner: Ferrari will favour a “clear number one” to beat Mercedes”