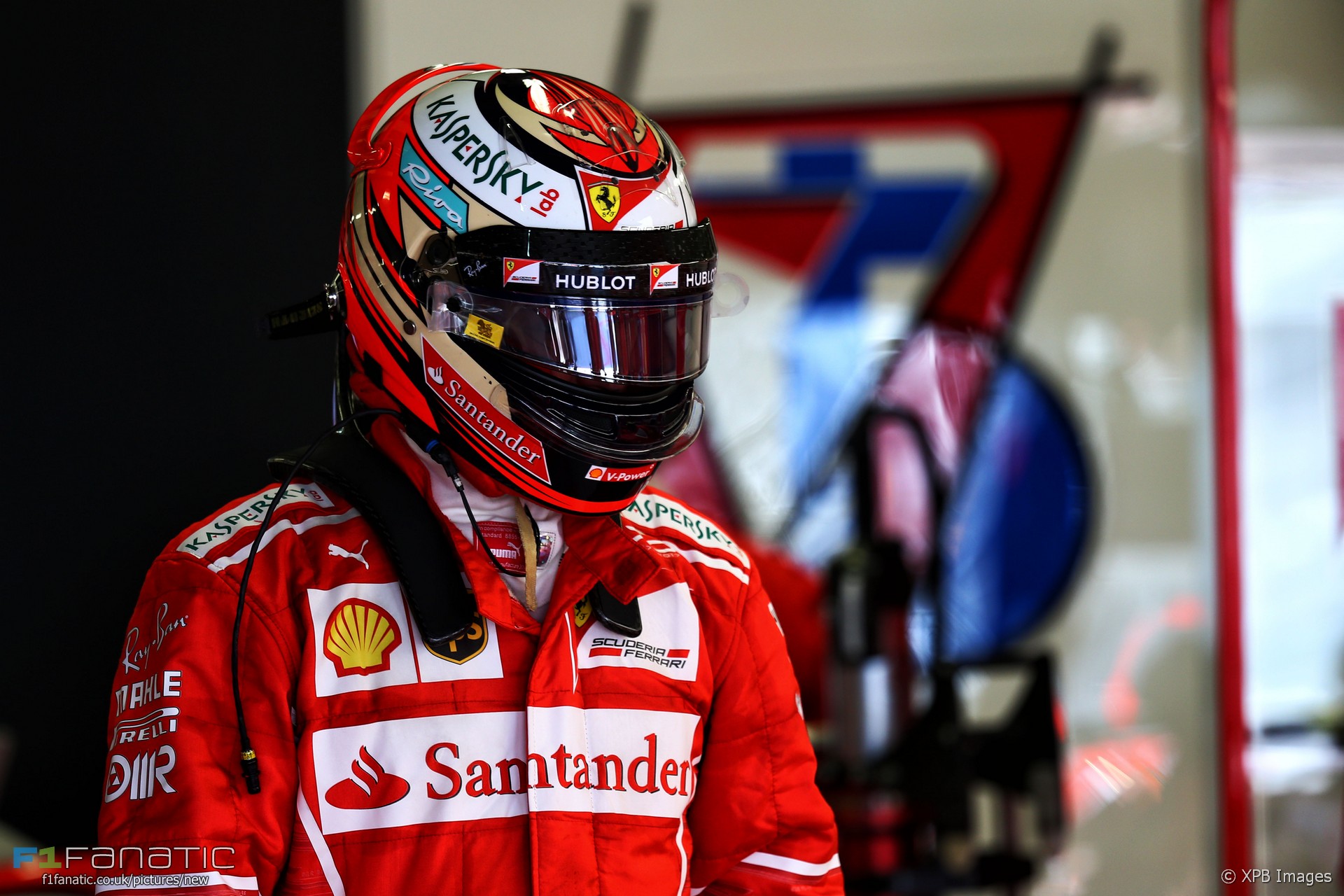 Sebastian Vettel celebrated leading a Ferrari lock-out of the front row in Russia but his team mate was unhappy with his final run in Q3.

Drivers have a new route they must use if they go off at turn two.

To Hamilton: “Have a look at the bollards on the exit of turn two. Bollards, left-hand side.”

To Ocon: “Try and cool the rears a bit more if you can. Suggest torque two or three for final sector. Limit wheelspin 15 and 16.”

Verstappen: “I lose the rear really early on entry-to-mid-corner.”

To Bottas: “Just try and avoid over-slipping the front tyres in corners.”

After a difficult Friday, life didn’t get any easier for Grosjean on Saturday.

Grosjean: “OK guys for info completely lost the grip in the front end from turn 15 onwards.”

Daniel Ricciardo also ran into trouble in his Red Bull.

“OK we do have time for one more lap.”
Ricciardo: “I feel I can get a bit better but I’m not convinced it’s as good as the last one.”

“Ricciardo: “Just felt a loss, I pulled the clutch.”
“Try an MGU-K restart please.”
“OK. Am I good to push? Yep, keep pushing for now.”

As final practice came to an end Grosjean was still searching for solutions to his Haas problems.

Grosjean went out in Q1 though his final run might have been quick enough if yellow flags hadn’t come out at the end due to Pascal Wehrlein and Jolyon Palmer.

To Kvyat: “Remember we have new brakes on the car. Good warm-up on the brakes.”

To Hamilton: “Vettel behind on the super-soft tyre, he may go at lap one.”

“Fernando what do you think about Plan A or Plan B?”
Alonso: “I have no preference. I don’t know how tight it is. Maybe we can fuel for two.”

Q2 began as the clean-up operation from Q1 was finishing.

“We’ve got three cars behind possibly going for lap one. Keep an eye out.”
Hamilton: “Tyres do feel at their best right now.”

Raikkonen: “How did we manage to put a car in front of turn one?”
“Apologies, Kimi.”

Q3 saw the Ferrari drivers lock-out the front row, but only one of them was happy.

To Bottas: “So we’ve got about 25 seconds in hand. Obviously Lewis is more marginal so don’t back him up. But time looks fine.”

“I think an easier out-lap you’ll probably be OK, Nico, what do you think?”
Hulkenberg: “Yeah I think so too but I was [censored by FOM] on track position because Hamilton attacked me at the end there.”
“Understood. I think that compromised your out-lap, otherwise it was looking pretty good.”

To Raikkonen: “OK Seb was a 33.4 too. You’re still P1 at the minute. Obviously waiting for Bottas and Hamilton to do a timed lap. They’re on it now.”

“Hamilton P4 so P2, Kimi.”
Raikkonen: “Yeah I don’t know, it’s hard to understand how we couldn’t make it better. But anyhow we talk about it later but this has to stop.”
“Yeah understood.”