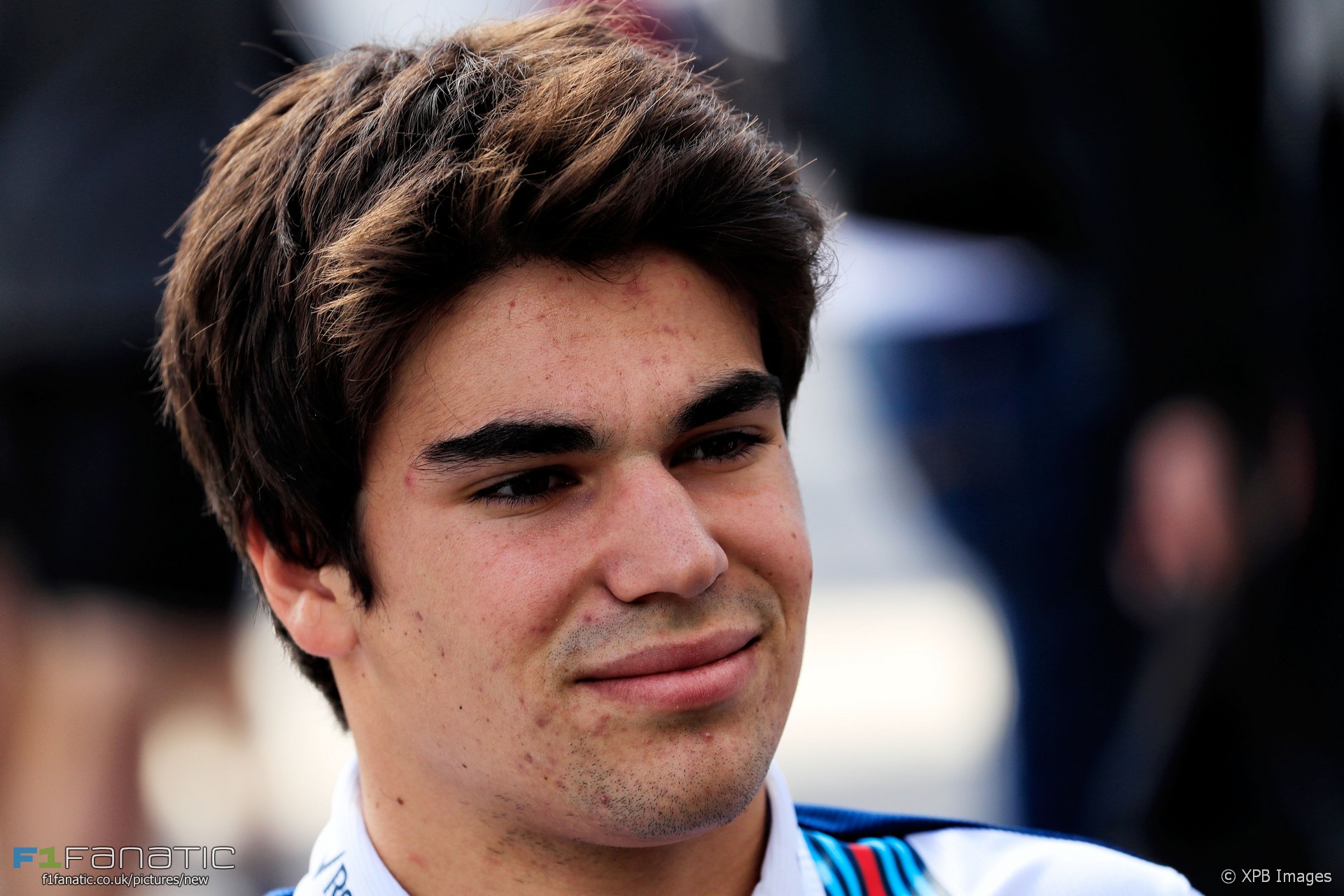 Lance Stroll admitted he missed out on an opportunity to put his Williams in the top ten on the grid for the Russian Grand Prix.

Team mate Felipe Massa got his FW40 into Q3 but Stroll languished almost a second off his team mate’s pace in the second part of qualifying.

“It was a bit unfortunate at the end as I think Q3 was possible, but I just missed out at the end of my lap in Q2,” Stroll explained.

“I didn’t get to do the warm-up lap I wanted, and around here it is quite important to get the tyre working properly.”

“I had a good start to the lap and then I lost a lot of grip in the last sector, made a couple of mistakes and just lost the rear, which wasn’t great. I was a couple of tenths up but didn’t manage to hold it. There is more in it.”

The team’s chief technical officer Paddy Lowe defended Stroll’s efforts. “Given that this is a new circuit and there was a lot of learning to do this weekend, he has done a very respectable job to get the car to 12th.”

Lew described Massa’s qualifying position of sixth as “absolutely fantastic” for the team. “We have split the Red Bulls which should make things interesting tomorrow, especially since we think our race pace looks competitive.”