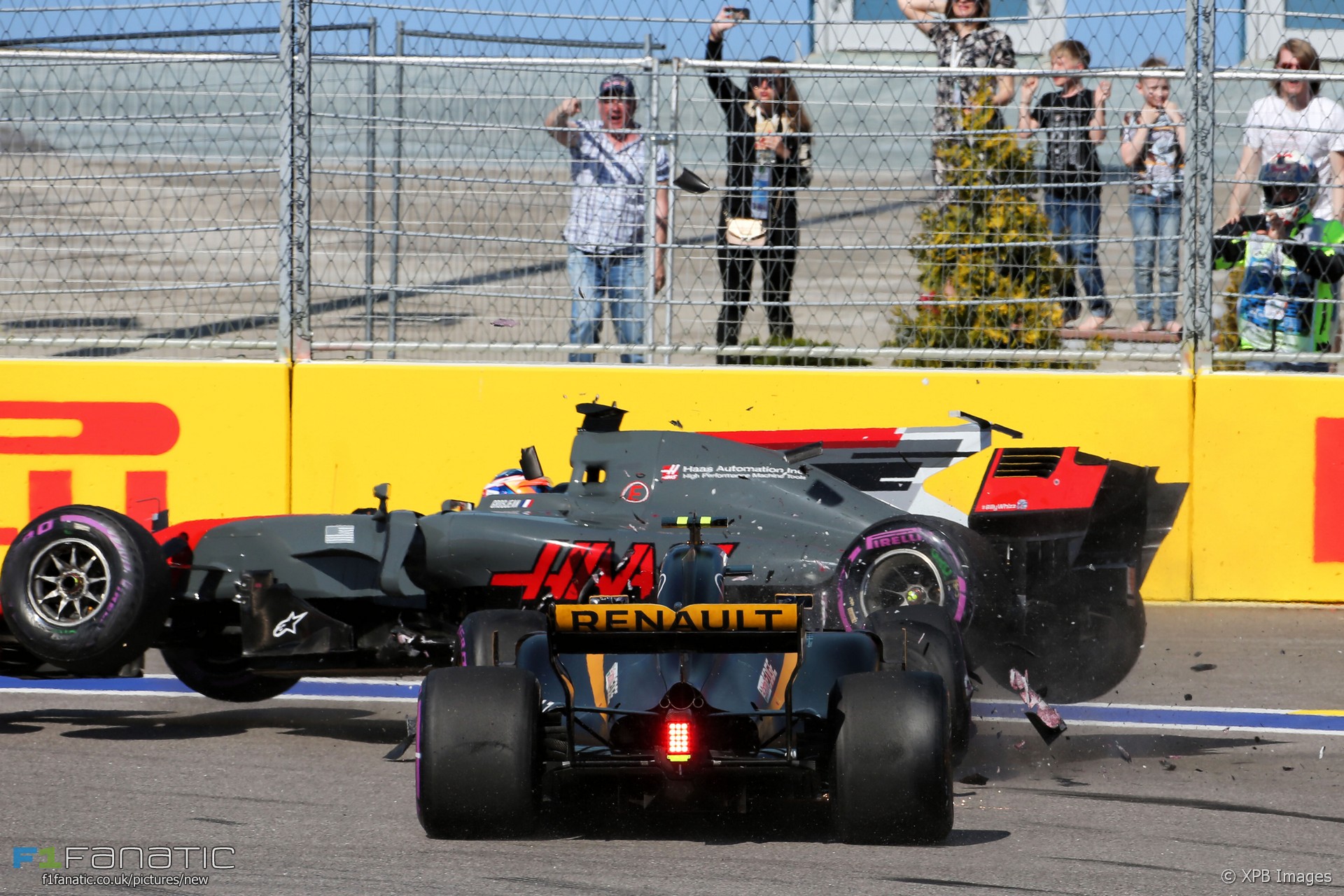 Romain Grosjean and Jolyon Palmer blamed each other for their race-ending first-lap crash in Russia but the stewards ruled neither driver was responsible.

“We had a great start and I was on the inside of Palmer under braking,” he explained. “I don’t know why he turned in.”

“I was there and then he turned in. I tried to get as much as I could on the apex, but he just hit me, spun and came back and hit me again. The car was badly damaged and our race was over.”

However Palmer said Grosjean should have made allowances for the fact there was a third car on the outside of him.

“I had a decent-enough start then heading down to turn two there was a Sauber on my outside then Romain made a very ambitious move over the kerbs on the inside from behind.”

“There was no space for me to go because of the Sauber, so maybe Romain wasn’t aware of that, but he kept it in, hit me, then we were both out of the race.”

Palmer’s retirement ended a very difficult weekend for the Renault driver which included a chassis change, a power unit change and a crash in qualifying.

“I feel for my crew this weekend as they’ve worked so hard on the car, then we had such a short race. Now it’s reset, reload and look to Barcelona.”

The stewards ruled that “no driver was wholly or predominately to blame for the collision”. However they did penalise Stoffel Vandoorne and Kevin Magnussen for failing to rejoin the track correctly at turn two after they left the track to avoid the collision. Both received five-second time penalties and one-point endorsements on their superlicences.