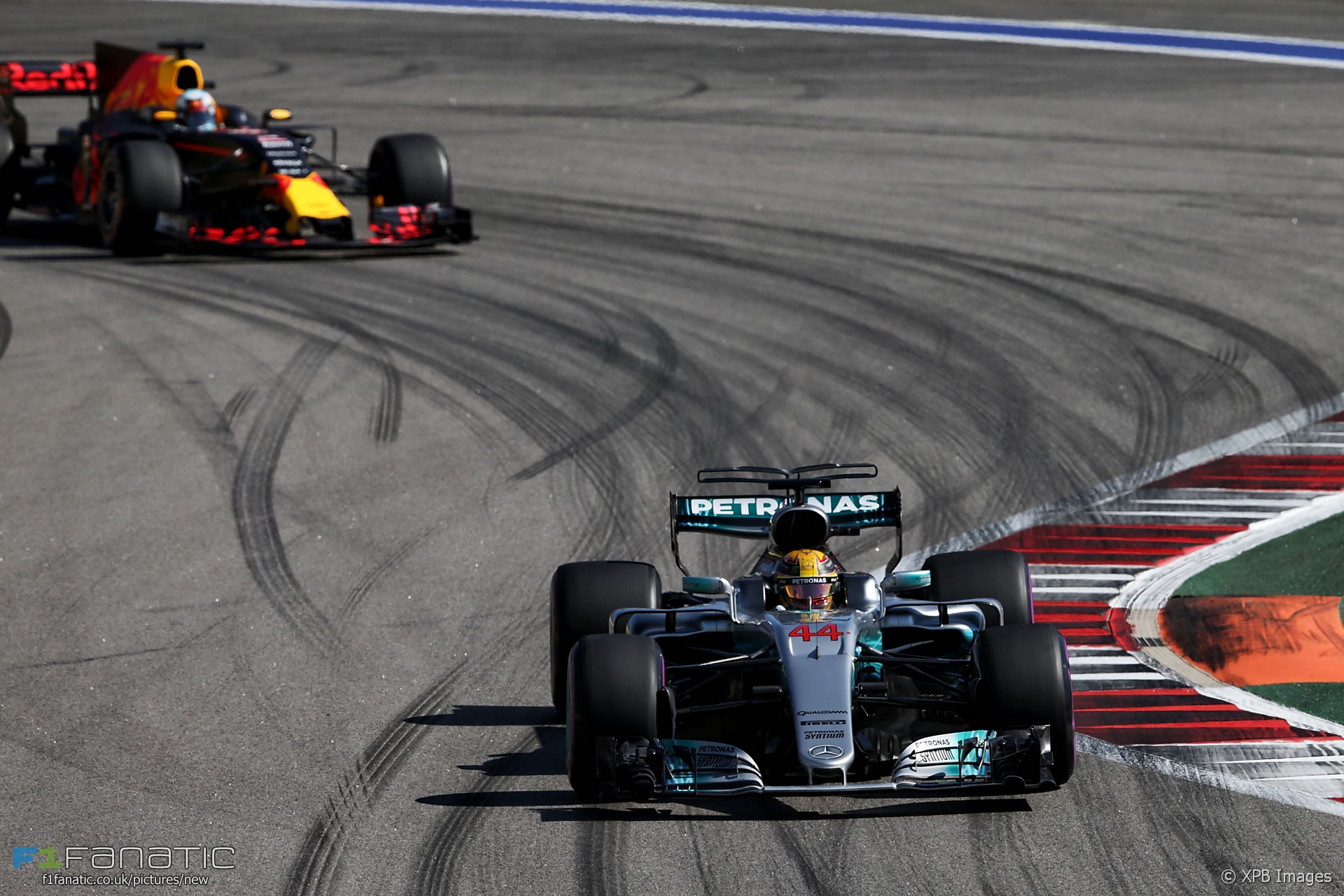 Lewis Hamilton was left to rue a “very odd weekend” after overheating problems confined him to fourth place in the Russian Grand Prix.

Hamilton slipped back from Valtteri Bottas and the Ferrari drivers early in the race and finished 36 seconds behind his team mate. He had to back off on several occasions as he was warned about rising temperatures in his Mercedes.

“I’ve not had that for… I don’t remember the last time I had that,” he told reporters in Sochi. “It just meant I was out of the race already from the get-go.”

“I wasn’t able to stay in the battle. I think I had the pace to fight with Kimi [Raikkonen] but the car was just overheating all the time.”

“For sure we’ll go back to the drawing board and try to figure it out. I think ultimately if I’d had better pace then I would have been further up. But even so hopefully got some points at least for the team.”

Hamilton said he could take some satisfaction from the fact his team mate had won. “That’s what the goal for the team is. It’s great that we’re in front of the Ferraris, it’s stopped Sebastian [Vettel] pulling away super-far. I’m just hopeful that in the next races maybe I’ll be able to pick up the pace.”

“For me, once I got around the first couple of laps I was basically stuck where I was,” he added. “I don’t know whether I would have been able to make a big difference moving forwards or not. We definitely had the pace to be with the back but ultimately positioning was everything.”

Hamilton praised Bottas for doing “an exceptional job all weekend. He believes he figured out where he had gone wrong during the grand prix. “I think through the race I understood it,” Hamilton said. “Speed-wise I think I know where it is.”