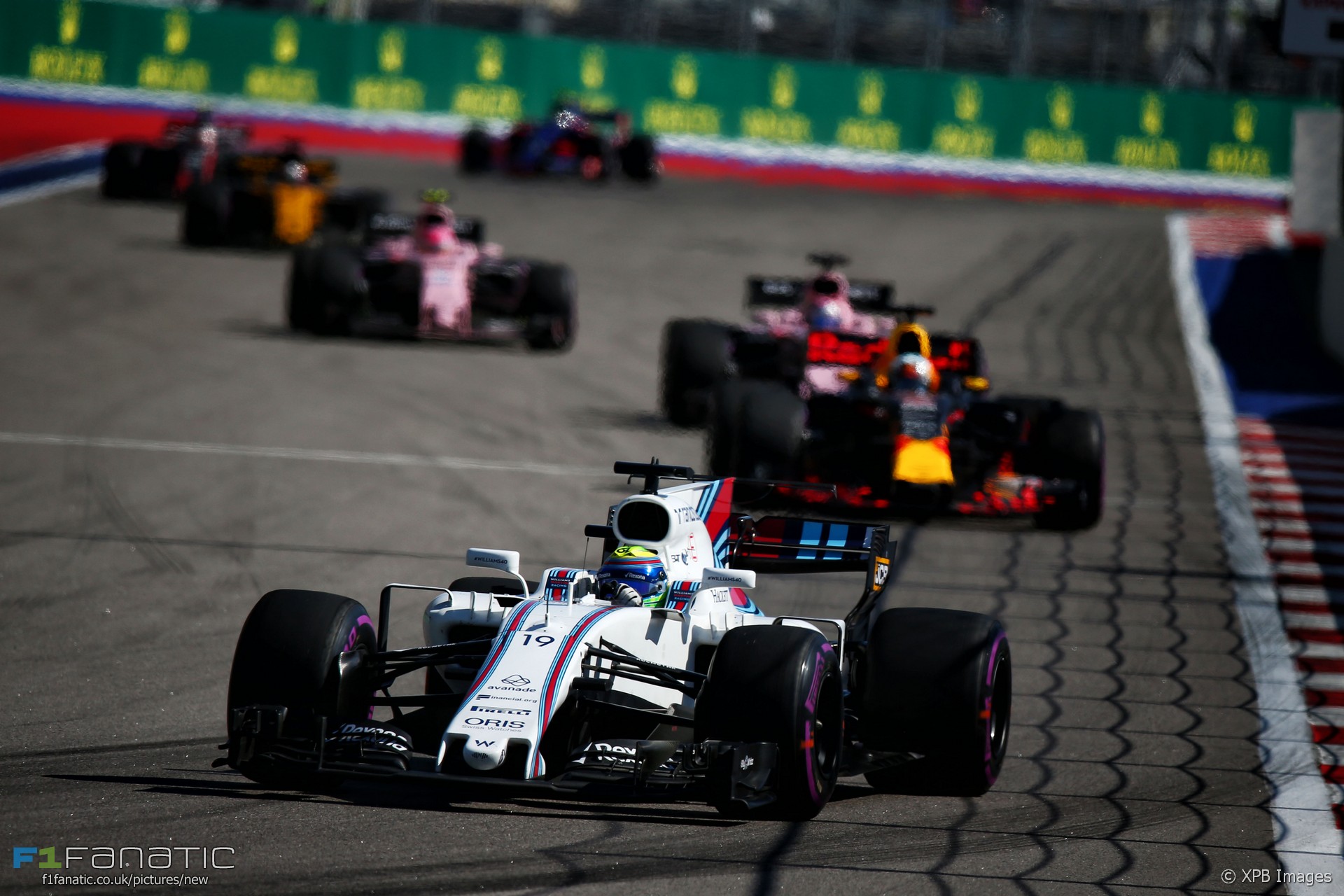 Felipe Massa dismissed Sebastian Vettel’s complaint about his driving on the final lap of the Russian Grand Prix.

Vettel was hunting down race leader Valtteri Bottas on the final lap when the pair caught Massa’s Williams. Bottas was able to get by quickly but Vettel took slightly longer to clear the Williams.

Vettel exclaimed “what was that?” on his radio in frustration, which prompted an amused response from Massa: “He was on his radio? He’s never on his radio complaining, no? Are you sure?”

Massa said he gave Vettel room to pass his but the Ferrari driver hesitated to overtake him.

“I left completely the inside part for him,” Massa told reporters in Sochi. “I backed off before in corner four, he didn’t want to go. I saw he was afraid to dive on the inside, I was completely on the left.”

“And then I let him by straight away afterwards. So anyway I am also sure that he was not going to pass Valtteri in the last lap of the race, I’m pretty much sure.”

The stewards have not indicated they are considering an investigation.

Massa praised his former team mate Bottas for his maiden victory in the race. “I’m so happy for him,” he said. “I think he deserves the position he had today.”

I think maybe people was not talking about him on the right level he is in terms of drivers. I said straight away when he signed with Mercedes that he will do a good job, and he is doing. It shows the fourth race he has his first victory.”

“Now he’s a different driver because he achieved a victory. I’m so happy for him. He will achieve a lot more than what he has today.”

43 comments on “Massa: Vettel was too hesitant on final lap”