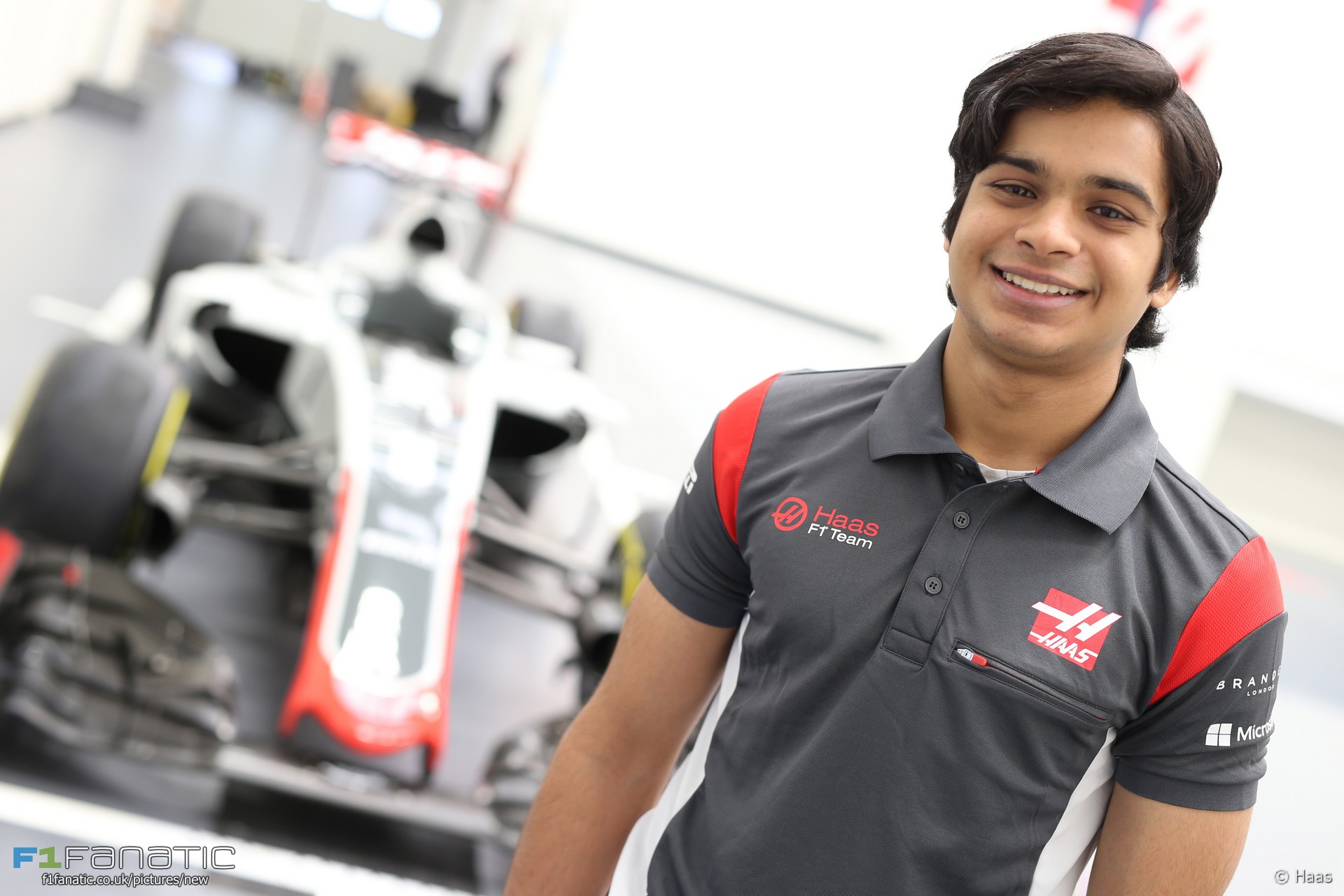 Haas has announced the addition of Arjun Maini to its driver development programme. The Indian joins his GP3 rival Santino Ferrucci on the team’s roster of junior talent.

Maini, who competed in all bar four of last year’s GP3 races, returns to the championship for Jenzer motorsport this weekend. He finished runner-up to Mercedes junior driver George Russell in the 2014 BRDC F4 series (now known as BRDC F3).

The 19-year-old from Bangalore is bidding to become the third Indian to race in Formula One following Narain Karthikeyan and Karun Chandhok. Maini is a member of the British Racing Drivers Club’s Rising Stars programme.

Team principal Guenther Steiner said his new hire “was successful in karting and has transitioned well to various Formula series and now GP3”.

“As Haas F1 Team continues to mature, we must look toward our future and develop potential talent,” Steiner added.

Ferrucci, 18, joined Haas’s development programme last year. He will continue as the team’s reserve driver and also race in GP3 for DAMS,

“We liked what we saw of him last year in our test at Silverstone and his maturity inside and outside of the car is impressive,” said Steiner. “Santino is a young, American driver with plenty of potential.”

Ferrucci said he “learned a lot last year in GP3 with DAMS and with Haas. The combination of the two allowed me to learn more and at a faster rate. I feel so much more prepared this year.”