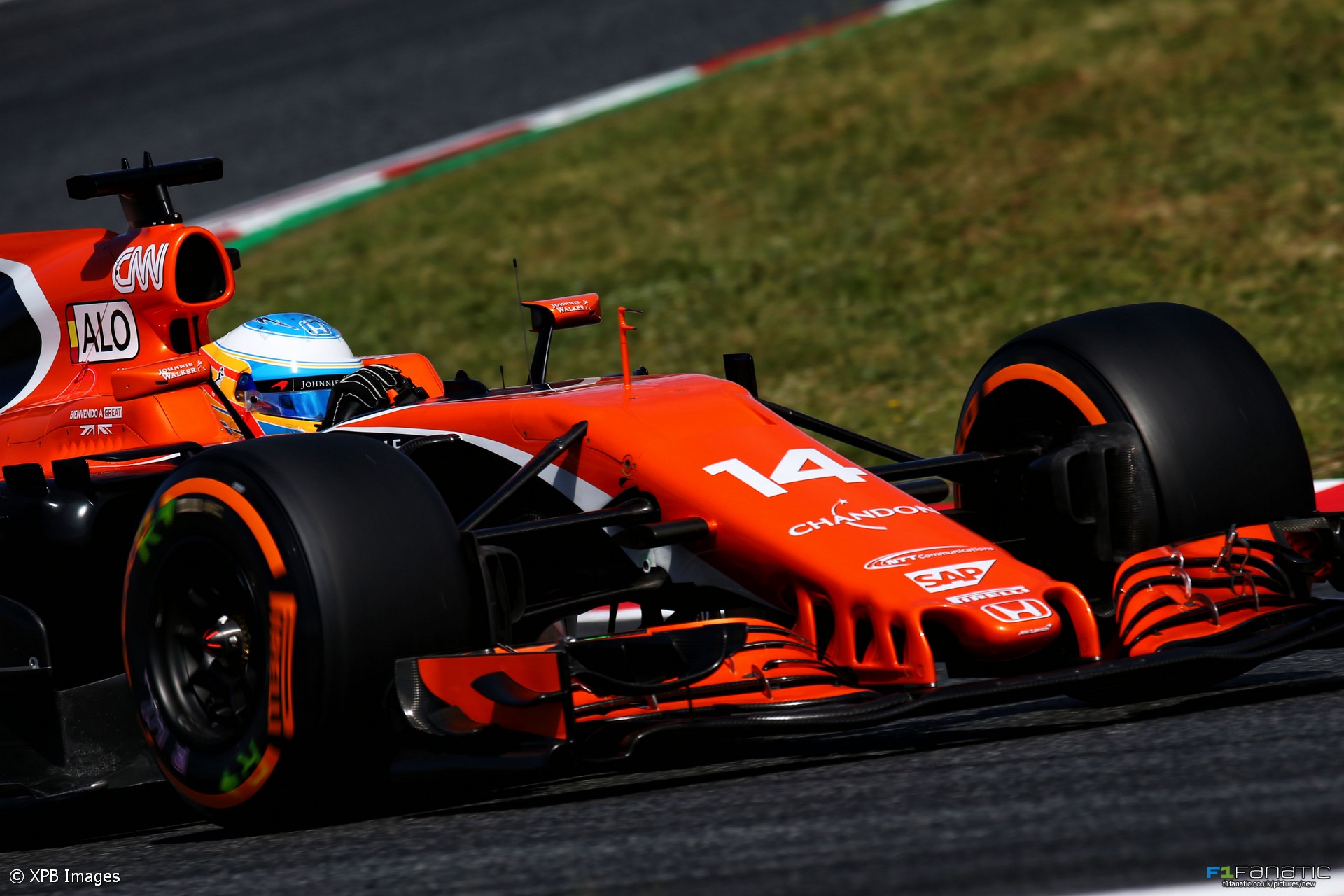 Fernando Alonso says that securing a remarkable seventh place on the grid for his home grand prix in Barcelona is a ‘gift’ for him and McLaren.

After another disrupted start to the weekend with an early engine failure on Friday morning, Alonso produced a superb performance in qualifying to equal McLaren-Honda’s best grid position of the modern era.

“I think everything today went perfect,” says Alonso. “We did better than what we thought.”

“It was definitely a good qualifying for us and P7 is a gift. So we’ll see what we can do from here. It’s a nice change to be in Q3 and P7. I think yesterday we had the potential, but we had strange sessions – the failure in FP1 and very short running in FP2. Today, we put everything together.”

In contrast to the disappointment of Stoffel Vandoorne’s elimination from the first qualifying session, Alonso says that he’s feeling comfortable with the performance of his McLaren this weekend.

“I felt confident with the car,” says Alonso. “Conditions are quite tricky, quite windy. My car was always giving me the confidence to be able to push one hundred-percent.”

With a strong starting position, Alonso says he is looking to secure McLaren’s first points of the season in tomorrow’s Spanish Grand Prix.

“I think that this is a circuit that is difficult to overtake, so we’ll try to get a position.

“So happy for the team as well. They work so much – they change so many power units in these first races. To be seventh on the grid tomorrow, to be around the cars that we should be fighting the top positions will be a nice boost for all the guys.”