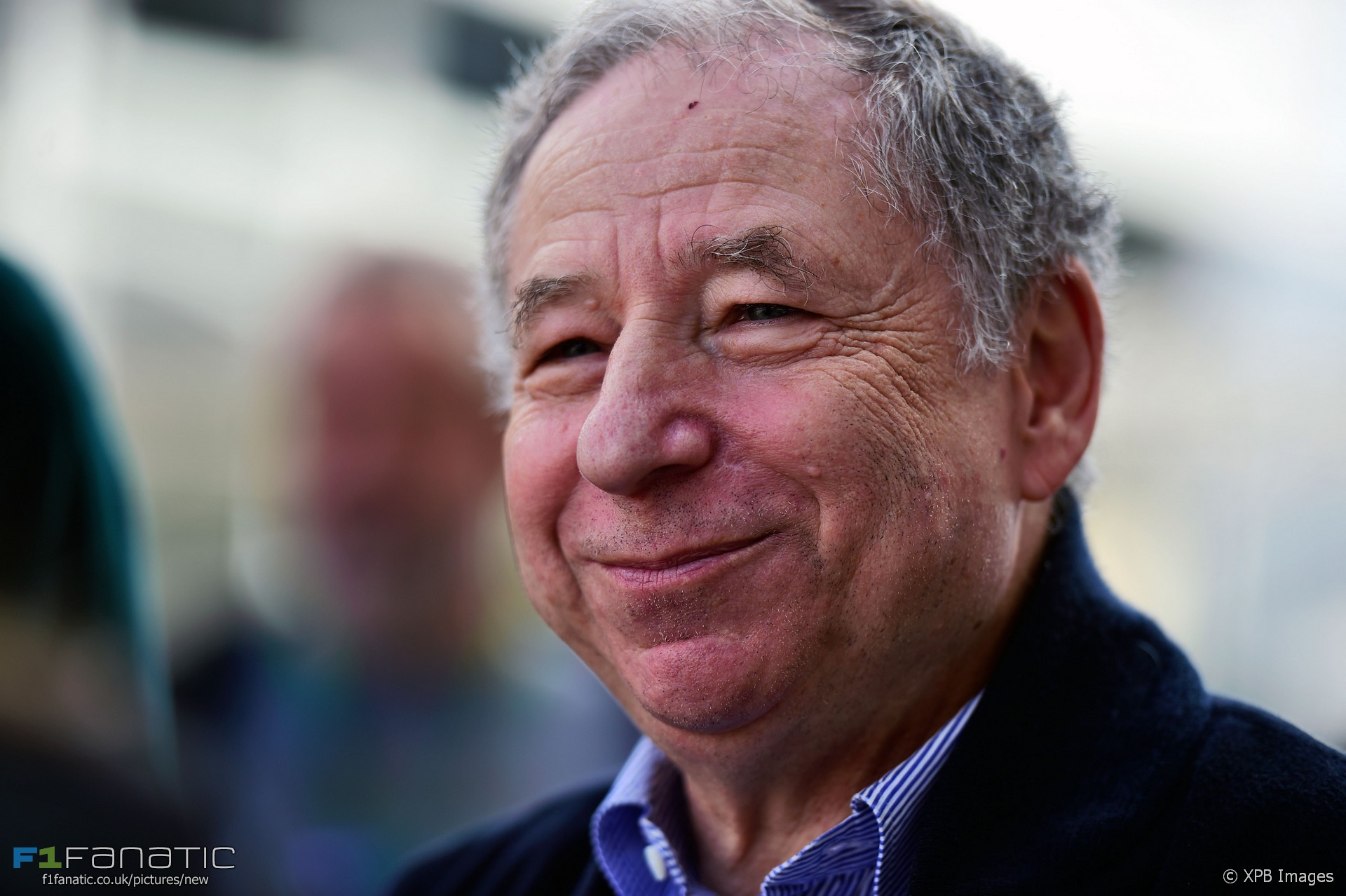 In the round-up: Jean Todt will seek a third term as the president of the FIA, Formula One’s governing body.

"Today I was proud to announce to all FIA club presidents my decision to run for a third presidential term at the FIA. A lot of people who voted for me are pushing me to go for another mandate.

"It is not my career, my ability, my image (at stake). It is their career, ability, money and image. I try to support the team and drive as fast as I can, but the problem is not entirely mine. It is much bigger for them. "

Eric Boullier: "It could be foolish if I say it's possible…But I still believe it is (possible). We have to obviously look at the team interest, but part of the team's interest would be to retain Fernando."

Bob Fernley: "As a team obviously that has not only paid for its engines, but contributed to the development of them, I would certainly be very negative with sharing that technology with another team that is a competitor."

Vettel not feeling the 'captain' of his Ferrari (Motorsport.com)

"I wasn't always feeling like I was captain onboard. Sometimes somebody else was steering my ship and I hope tomorrow, whoever that was, will disappear. "

Jean Todt: "This is an opportunity to embrace the day as an occasion to thank all volunteers who support our events at all levels. It will also promote the positive benefits that they gain from their involvement in motor sport, and help attract new people to get involved."

Stirling back home on the road to recovery (StirlingMoss.com)

"After some 134 days in hospitals, we are delighted to be able to say that Sir Stirling is now at home. He is thrilled to be back where he belongs."

Today I was proud to announce to all @FIA Club Presidents my decision to run for a third presidential term at the #FIA pic.twitter.com/VFWNt95qxC

ALO: "The engine blew up after one corner… I'm sorry for the fans" #SpanishGP 🇪🇸 #F1 pic.twitter.com/DTC9LIymmW

The bit that came off the STR just now. pic.twitter.com/ejqmMW9kd4

Alonso defends his decision to leave the track to play tennis and says “it’s only Friday we will hopefully have a better Sunday”. #F1

To these guys and all of you around the world who help us do what we do in #F1… 👊 #FIAVolunteersday 👏👏👏 #SpanishGP pic.twitter.com/78Xt1UN3Xg

No volunteers = no motorsport. Thank you to all those who donate their time for our sport! #FIAVolunteersDay pic.twitter.com/ek6pY0iEgo

Some former Manor staff may recognise the garage setup.

A theory on Alonso’s early break down in first practice:

McLaren-Honda are clearly sandbagging; they can complete a few laps, but don’t want to show their hand so soon.
@Flig