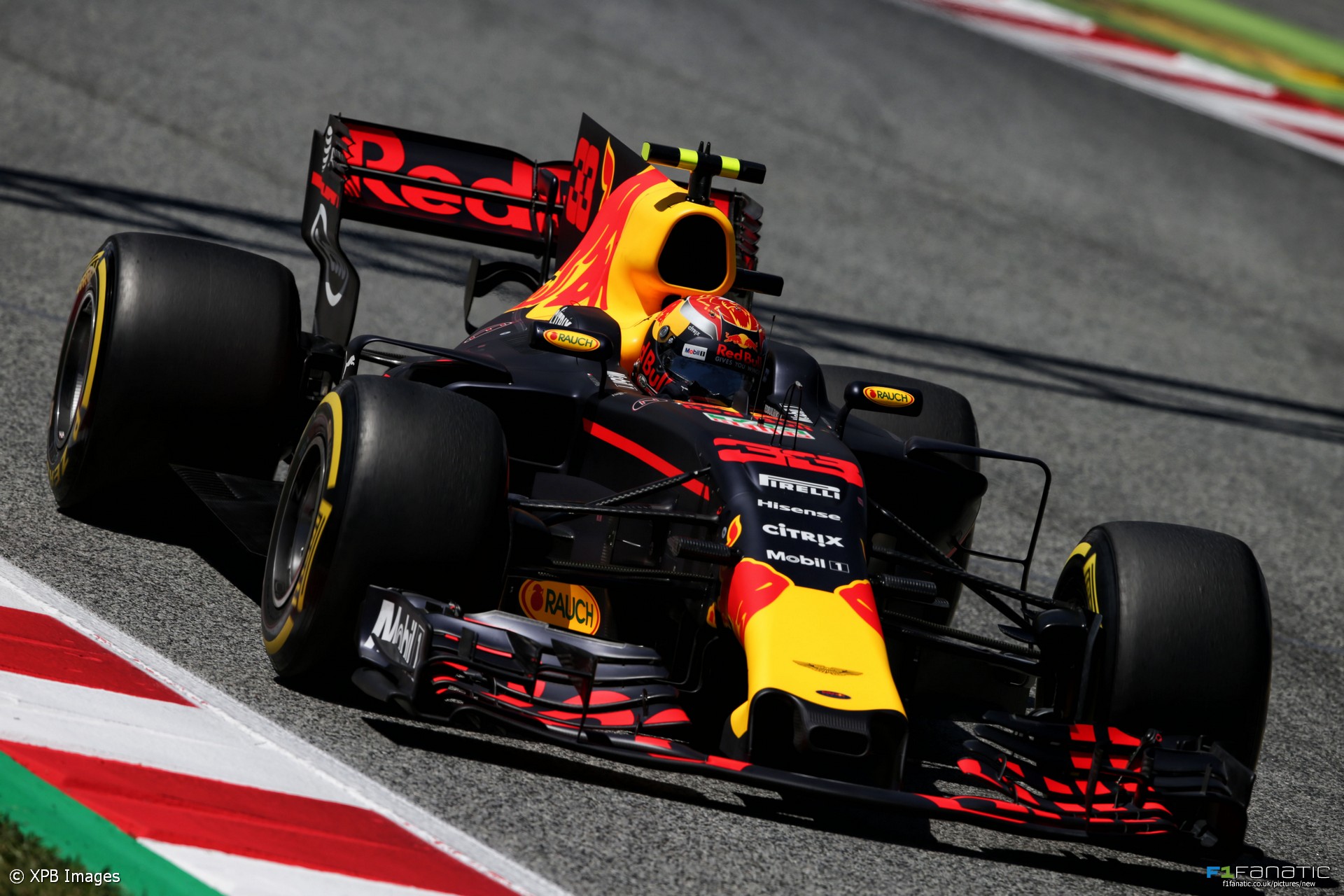 Max Verstappen has praised the improvements Red Bull have brought to the RB13 this weekend that have closed the gap to Mercedes and Ferrari.

Speaking after qualifying fifth on the grid for tomorrow’s Spanish Grand Prix, Verstappen says that he is much happier with his Red Bull this weekend.

“Best balance I’ve had all season so far. To be only sixth tenths off is a massive improvement. Big congratulations to the team for giving me such a good car as last qualifying the gap was one-and-a-half seconds. All the people at the factory can for sure be very happy with this. Now we need to keep pushing and try to improve more.”

Returning to the track where he claimed a record-breaking debut victory in 2016, Verstappen says he is enjoying being back at the Barcelona circuit this year.

“I’ve driven it a lot on the simulator already. The shape of the track suits me quite well. There were a lot of Dutch fans around the track and that’s a nice atmosphere.”