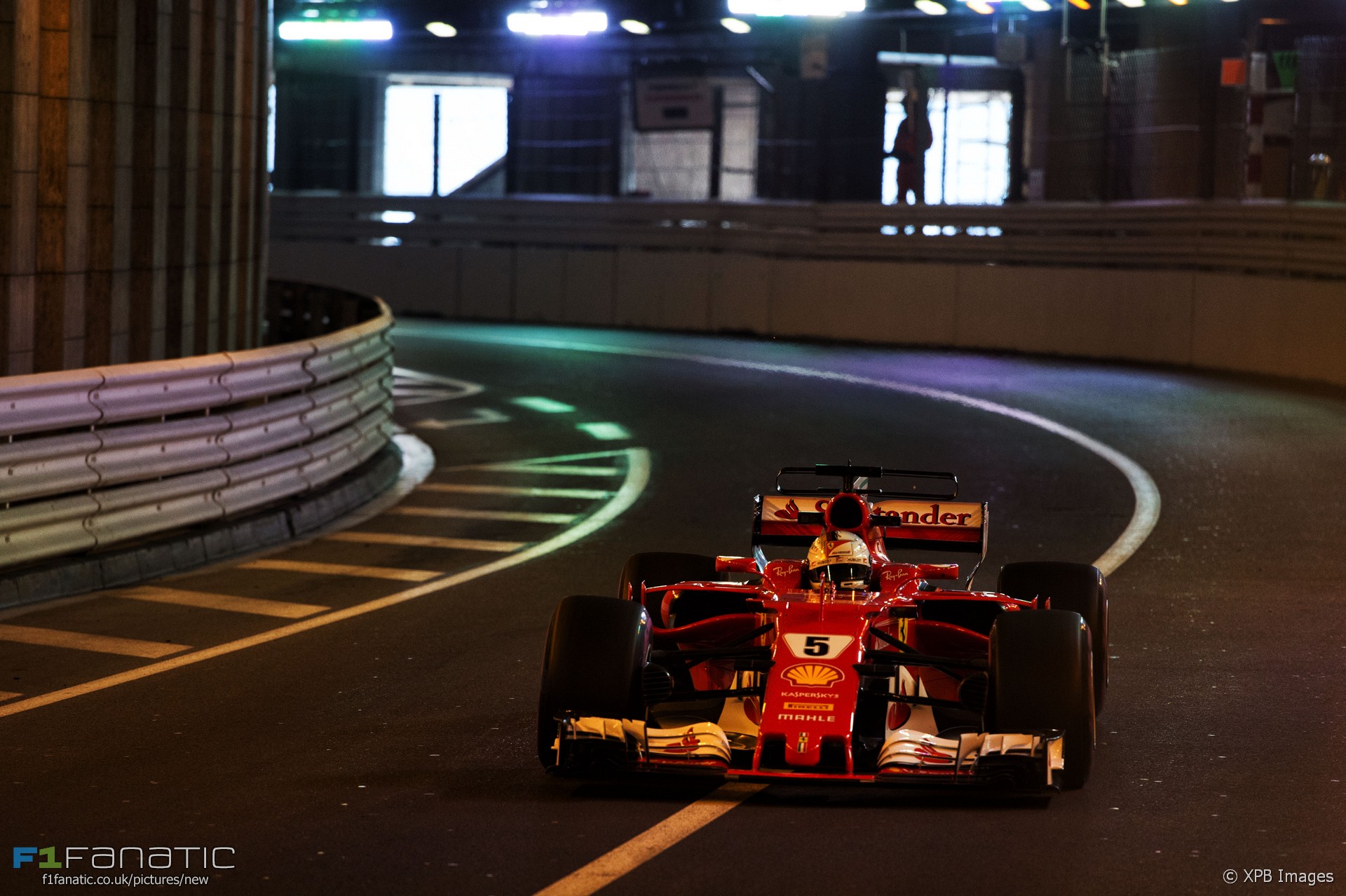 The Ferraris of Sebastian Vettel and Kimi Raikkonen set the pace ahead of Mercedes and Red Bull in final preparations for qualifying for the Monaco Grand Prix.

As laptimes continued to fall and teams favouring the ultra soft tyres once more, it was Ferrari who looked strongest around the Monte Carlo streets with Vettel setting the fastest time with a 1’12.395.

Kimi Raikkonen was second quickest, three tenths slower than his team mate, with Valtteri Bottas, Max Verstappen, Lewis Hamilton and Daniel Ricciardo all within a second of Vettel’s ultimate pace.

With no running on Friday, drivers were quick to make the most of their final track time before qualifying in warm and sunny conditions.

Vettel set the fastest time on the ultra softs, while team mate Kimi Raikkonen only just avoided the barriers at Antony Noghes. Verstappen put Red Bull ahead of Mercedes, before Valtteri Bottas improved to

Traffic frustrated a number of drivers, with Kevin Magnussen offending Esteban Ocon by holding up the Force India driver at the same corner.

With just under ten minutes remaining, Esteban Ocon clipped the inside barrier on the exit of the Swimming Pool and slammed into the tyre wall in a carbon copy of Max Verstappen’s shunt from 2016.

The car was quickly removed allowing teams to attempt one final qualifying simulation run, but left Force India with a race against the clock to get Ocon’s car ready for qualifying.

There were no improvements at the front during the final runs, however. As the session ended, Daniel Ricciardo suffered a brake-by-wire failure on his RB13, but was able to safely stop the car at St Devote without striking the barriers.