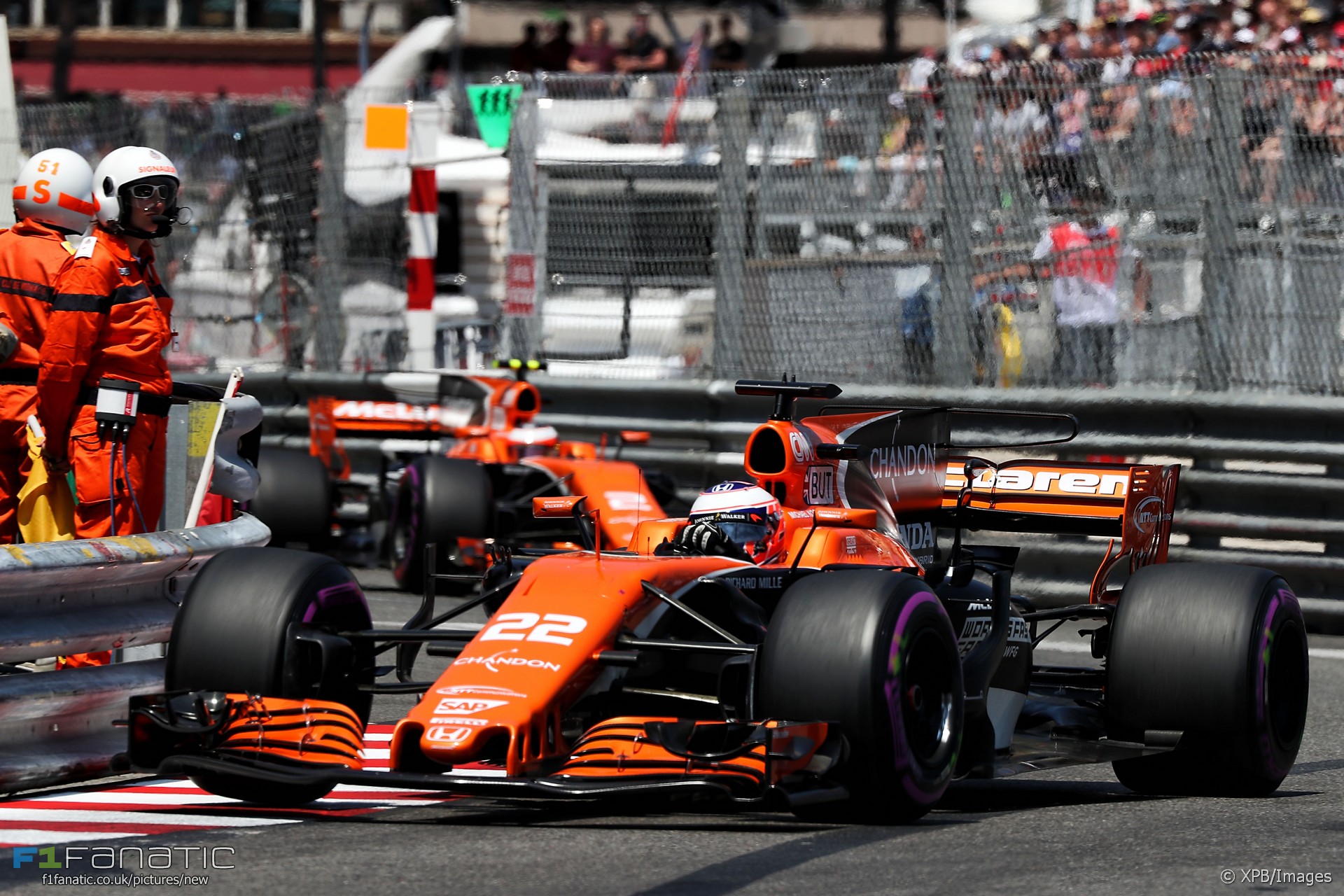 Jenson Button’s Formula One career will end with a three-place grid penalty seemingly forever hanging over him after his collision with Pascal Wehrlein in Monaco.

With the stewards handing the penalty and two superlicense penalty points to Button, who does not intend to return to the sport after this weekend’s cameo appearance, it appears that the former champion’s career will end with the grid penalty never being served.

As the penalty applies to the driver and not the car, Fernando Alonso will not be forced to serve this penalty upon his return to Formula One at the Canadian Grand Prix.

Reflecting on his return and the accident, Button says he believed the move on Pascal Wehrlein into Portier was on.

“I knew that Pascal’s tyres were going,” explains Button. “I had the same set of tyres on from the start of the race. I had a lot of traction off the previous corner, because when these tyres go on the marbles, they have no grip.

“I gave it a go and thought it was a fair enough judgement. But the worst thing is that you never like seeing a car tip over, you never know if his head’s going to hit something. So the most important thing is that Pascal’s okay. I saw him a minute ago and he seemed to be okay.”

The accident and subsequent penalty capped off a return to forget for Button, who was forced to start from the back of the grid despite a solid qualifying effort and who spent the majority of the race stuck at the back.

“I enjoyed yesterday, I enjoyed some laps today,” says Button. “Obviously I never want to damage the car. It’s not something I do very often. I’m sorry to the team for doing that. But the thing is, it’s tricky. You’re in a race, you’re right at the back. If you think there’s a move, you have to take it.”

Asked if the Monaco cameo had made him reconsider his retirement, Button gave a straight-forward response.