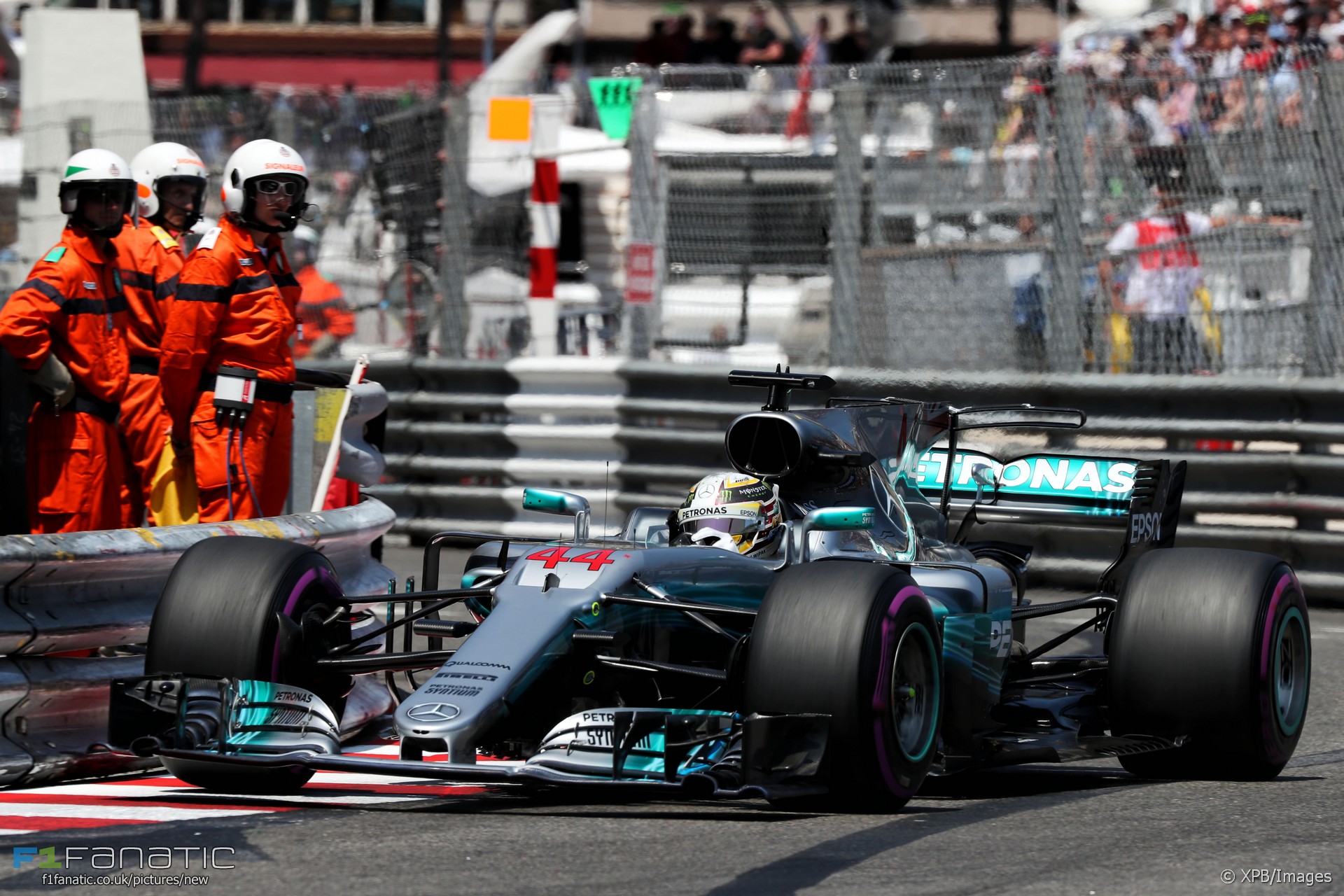 Lewis Hamilton describes the 25 point deficit to Sebastian Vettel in the drivers championship as ‘a bloody long way’ but insists it’s ‘not impossible to close’.

After a difficult weekend in which he was eliminated in Q2 on Saturday and finished in seventh place on Sunday, Hamilton says that he is aware of the sizeable lead Sebastian Vettel has opened up in the standings.

“The gap’s big, for sure, but not impossible to close,” says Hamilton. “I come away from what I would say is one of the most difficult weekends I’ve had for a while, still lots of positives to take away from it and I just let my guys know that. We never give up. We keep going.”

Despite the disappointing result, Hamilton says he is still happy to have come through to a seventh place finish.

“I came into today obviously a lot further back and I had no idea what was going to happen. The beginning of the race was quite boring, but when I got into that clear air, I had a lot of fun. The team had said in the strategy meeting this morning that tenth was the best I could get – which really would’ve sucked.”

Hamilton took advantage of a later pit stop and the clear air that it provided to jump ahead of a number of drivers into seventh place where he ultimately finished.

“I’m really happy that I was able to leapfrog those guys at the pitstop, Hamilton says. “You can’t overtake on the track.

It was hard to close up to where I was coming into this weekend. Twenty-five points is a bloody long way, but I’ve got some incredible support here and back home and all over.

16 comments on “Hamilton: Gap to Vettel ‘bloody long’ but ‘not impossible’”