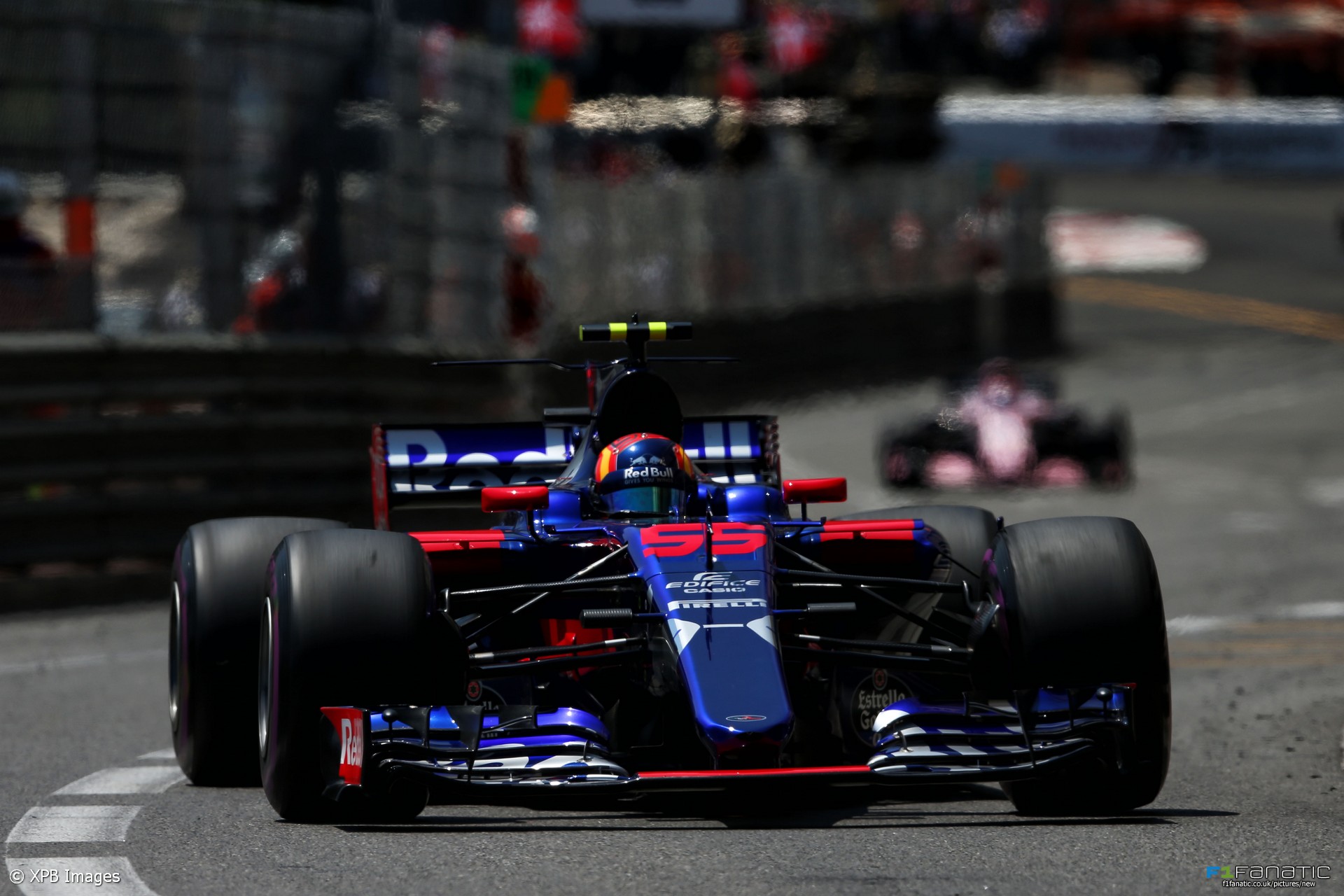 Carlos Sainz Jr has hailed his Monaco Grand Prix weekend as ‘perfect’ after he secured a sixth place finish for Toro Rosso.

Sainz held sixth for the majority of the race after a strong qualifying saw him line up in sixth on the grid. The result capped off a good weekend for Toro Rosso, who had shown good pace in practice.

“What a result, what a perfect weekend,” says Sainz. “We need to enjoy this moment, because it’s not usual to achieve a faultless Grand Prix on the streets of Monaco – and this time we did.”

Despite Lewis Hamilton putting Sainz under pressure in the closing laps after the late Safety Car intervention bunched the field back up, the Toro Rosso driver says it felt good to have held on to his position.

“We put in good laps in practice, in yesterday’s qualifying session and, in today’s race, we were able to keep a World Champion in a faster car behind and finish sixth, so it definitely feels so good,” says Sainz.

“We’ve also been quicker than the rest of the midfield throughout the whole weekend and I’d like to thank the whole team for this, they gave me a very good car to drive. I really enjoyed today’s race. Now it’s time to celebrate this well-deserved result with the team before starting to think about the Canadian GP, which is up next.”